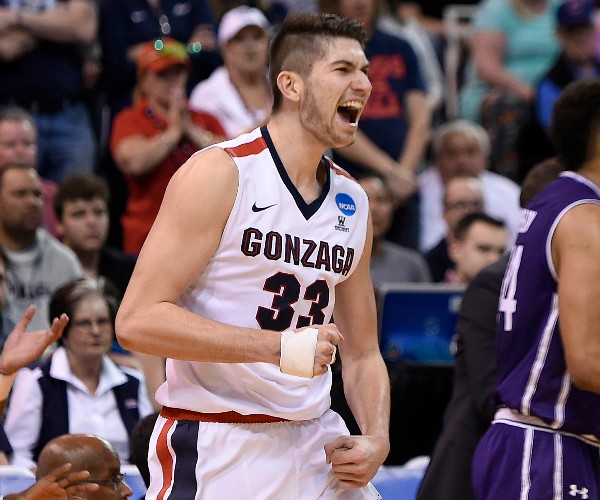 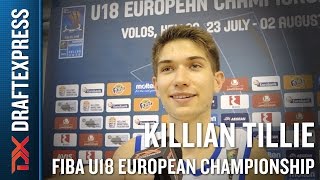 Strengths:
-Good athlete. Runs floor well. Good leaper off two feet. Bouncy
-Good frame that should fill out nicely in time
-Has the potential to develop into a capable outside threat. Can make a catch and shoot jumper. Solid mechanics. Elevates a bit. Has a quick release.
-Very good offensive rebounder. Quick to the ball. Good instincts pursuing loose balls. Always puts himself in the mix. Often able to get to it first due to the quickness in which he gets off the ground
-Shows potential on defense. Fairly competitive. Moves feet. Mobile enough to step out onto the perimeter with long hedges
-Year younger than the competition as a 1998-born prospect

Weaknesses:
-Not exceptionally long
-Does not appear to possess a very high skill-level or a great feel for the game at this stage
-Mostly a garbage man offensively. Lives off cuts, offensive rebounds, transition finishes and the occasional spot-up jumper
-Needs to continue to improve his post game, footwork, ball-handling skills and become a more consistent outside shooter
-Gets posted up inside due to his lack of lower body strength. Struggles to hold ground inside the paint.
-Does not posses great awareness on defense at this stage. Looks very upright in his stance. Struggles to bend his knees
-Not a shot-blocker at all (due to lack of length and awareness?)
-Had an injury plagued season. Missed 73% of team's regular season games, then got hurt in third game of U18s. Something to be concerned about long term?

Outlook: Son of volleyball pros (father from France, mother from Netherlands). Older brothers are also professional athletes. Kim plays basketball for Laboral Vitoria in Spain, and Kevin volleyball in Poland. MVP of the U16 European Championship last summer. Had a difficult 2014-2015 season due to injuries (broken thumb, stress fracture in foot, ankle). Will play one more year at INSEP and then move to the States to play college basketball (brothers played at Utah and U.C. Irvine). Likely will chose from Utah and Gonzaga. Cal and Miami are also in the mix.
Read full article

DraftExpress
@DraftExpress
An interview with 6-10 French big man Killian Tillie at the 2015 FIBA U18 European Championship in Volos, Greece.