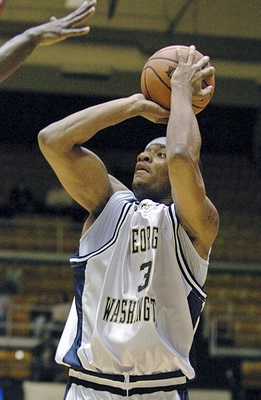 Richard Walker
@DraftExpress
The best player on the floor today in the Tulsa-Albuquerque game was clearly their combo forward Mike Hall. He ran the floor, knocked down shots, got out in transition, hit the glass, passed the ball, and put in an extraordinary amount of effort.

Hall is a unique player. Hes an average athlete, but is extremely smart and versatile to compensate for that. He can knock down shots with range out to the 3-point line, is a solid rebounder, understands the game extremely well, and really knows how to maximize himself to his teams benefit. He can go into the post a bit and do some work with his back to the basket (usually in the form of simple step-throughs and turnaround jumpers), but is somewhat limited with his ball-handling skills, not possessing the first step to blow by players. He knows his weaknesses, though, and doesnt try to force the issue too much (somewhat relative considering the chaos we often find here), which is a testament to his basketball IQ.

Hall already got a callup last year from the Wizards, mostly because of the reasons outlined above. Hes not having as good a season as he did last year so far, but today was a nice step in the right direction for him. If things dont work out for the NBA, he should be able to make a very nice living playing overseas. Several European teams indicated to us that they love the way he plays.
Read full article