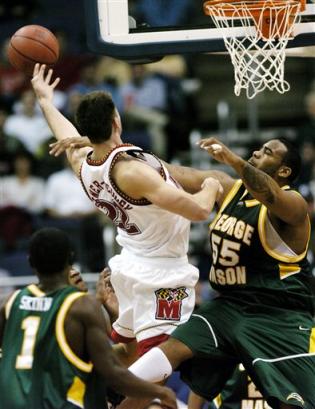 Mike Schmidt
@DraftExpress
After graduating from Maryland, Caner-Medley suffered a serious injury at the pre-draft camp, which set him back for quite some time. He caught on for the end of the season in Germany, where he attempted to shake of the rust with mixed results. He then played summer league with Sacramento. The lefty combo-forward will likely be more comfortable playing back in the United States, and his combination of size and skill should make him an effective all-around D-League player. He scores the ball most effectively off the dribble by either slashing to the hoop or pulling up for the mid-range jumper. Caner-Medley sometimes relies too much on his perimeter shooting stroke, and will need to focus on becoming a more effective rebounder. Not an incredible athlete, there are question marks about whether he has the lateral quickness to defend the wing in the NBA. He will likely see time at both forward slots this season, which will help him operate as a mismatch threat against any most opposing defenders.
Read full article

Eric Weiss
@DraftExpress
Caner-Medley came down to earth today after a scintillating 22 point performance in day one. He tried to create his own shot and failed miserably for the most part due to his extremely weak first step. He was bailed out a few times by the refs, and settled for weak fade-aways and turnarounds when the angle to the basket would get cut off. Much like his time at Maryland, his jumper is there one day, and gone the next.
Read full article

Landry Fields
@DraftExpress
Thank god for Chaminade is all Caner-Medley has to be thinking after looking over the stat-line he put up in Maui. Take out his 16 points and 8 rebounds on 6-8 FG against the local Division 2 school hosting this tournament and you will truly understand just how poor Caner-Medley played at this tournament. The fact that his shot wasn't falling for him this time is something that can be excused, but the soft and passive manner in which he played is something that will likely stick in the heads of every NBA scout that saw him play here in Maui. Caner-Medley did a very poor job trying to attack the defenses by putting the ball on the floor and making his way to the hoop, looking slow and hesitant every time he did. As the player that was expected to be their go-to player on the offensive end in his senior year, Caner-Medley did a terrible job stepping up to the plate and providing Maryland with any of the help that they sorely needed going up against the likes of Adam Morrison and Ronnie Brewer. Luckily for him its only November, but this is hardly the first time weve seen Caner-Medley play like this.
Read full article