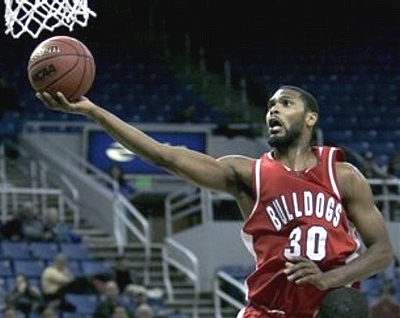 Despite a 12-20 finish last season and an underwhelming 7-7 start, the Fresno State Bulldogs still boast one of the more interesting frontcourts in the West from an NBA perspective. Everybody knows the name Paul George, but his frontcourt-mate, power forward Sylvester Seay, is certainly worth a look as well.

Though he started his career as a rotation player at Arizona State, Seay has found his rhythm after transferring to Fresno State, and has developed into a productive and versatile big man at the collegiate level.

Seay has decent size for the post, standing 6'9 with a long and wiry 220-pound frame, but would likely have to get stronger in order to compete and produce in the NBA. Though he is a good athlete, Seay rarely shows his explosiveness due to his style of play and fixation with hoisting contested jumpshots, as opposed to playing closer to the basket. He has very good mobility and quickness in the post, both of which could help him significantly at the next level.

On the offensive end, Seay shows a lot of potential and has a sizeable arsenal both facing and around the basket. He loves to shoot the ball, attempting over 5.1 attempts from beyond the arc per 40 minutes pace adjusted. He tends to rely too heavily on this part of his game, though, as about a third of his attempts come from 3-point range, but he only converts on 28% of them. According to the data at our disposal, the overwhelming majority of Seay's catch-and-shoot attempts are guarded, which helps explain his poor percentages from the perimeter.

While he has shown the ability to knock down shots throughout his career, most notably last season when he converted 37% of his 3-point attempts, his inconsistent form and release are his most obvious areas for improvements. There is a role in the NBA for big men that can catch-and-shoot, but Seay must be more consistent in addition to demonstrating far better shot selection before scouts will consider him a legitimate pick and pop threat.

Seay's ability to face up and take his man off the dribble is interesting considering how power forwards are utilized in today's up-tempo NBA, and he does show some potential in the mid-range, as well, mainly in the form of knocking down pull-up jump-shots. He has plenty of work to do in this area, though, before he can truly hang his hat on this part of his game.

His handle has improved, but he favors his left hand and is fairly turnover prone when he puts the ball on the floor on the perimeter. Many of his 3.4 turnovers per 40 minutes pace adjusted come as a result of his loose handle and poor decision-making skills. Though Fresno State's poor offensive fluidity and overall lack of basketball IQ certainly doesn't help, Seay would benefit from slowing down his game and doing a better job of understanding his limitations.

Seay's quickness and versatility combined with his good touch make him an effective option around the basket. He gets to the line at a nice rate, attempting 7.3 free throws per 40 minutes pace adjusted. It would be nice to see him spend more time in the post, however, particularly to prove that his reputation for being soft is incorrect.

He averages only 5.4 rebounds in 28.6 minutes per game, which is just 7.8 minutes per 40 minutes pace adjusted and just 16% of Fresno State's total rebounds. These numbers are concerning coming from a player with Seay's physical tools and he must attack the boards with more energy and enthusiasm to prove to scouts that he is capable of playing a complimentary role at the next level.

Another area that must improve is his defense, which is lackluster at best. His lateral quickness is above average, but his overall effort must improve. Far too often, he gives up after he is beaten and does not fight for position to grab rebounds in his immediate vicinity. He also has trouble closing out on perimeter oriented big men. Given his inconsistency on offense, his defensive effort must improve dramatically if he wants to have any chance at competing at the next level.

Despite his interesting skill set and NBA-friendly physical profile, Sylvester Seay has quite a few obstacles on his way to becoming a legitimate prospect. His decision making skills, combined with his often poor body language and the fact that he will turn 25 in July limit his NBA upside significantly.

Continued improvements throughout this season are absolutely essential, primarily showing better shot-selection, making a far better effort on the boards, and working harder on the defensive end. With sustained improvement and a positive showing at the Portsmouth Invitational Tournament, Seay will surely get a decent amount of workouts from NBA teams in May and June.
Read full article