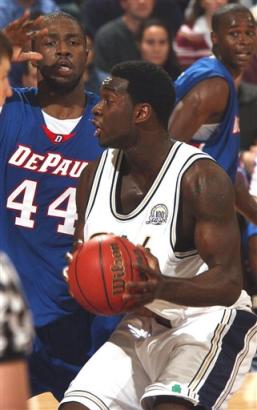 Strengths
Francis most definitely passes the eye test, as he has good size and length to go along with a massive, NBA-ready frame. He has some basic, but effective moves in the paint, including a jump-hook, drop step and reverse pivots. Stepping out to 14-16 feet, he shows flashes of a decent mid-range, complete with a very high release point. When motivated, Francis can use his body and strong hands well to box out, rebound, and even play solid defense. He was once considered a likely lottery pick, so there is no doubting that the potential was once there. Off the court hes a very intelligent player.

Weaknesses
Injury problems have deprived him of much of his explosiveness, but even worse, hurt his psyche to the point that he is not capable of being aggressive out on the floor. He hesitates in everything he does, finishes softly at the hoop, and avoids contact at all costs. Francis underachieved badly in his last three years in college, and never became the dominant force many predicted he would after an outstanding freshman year.

Outlook
If Francis could ever regain even half of the aggressiveness that he once had before his injuries, he could certainly be an NBA rotation player. The problem is hes exposed himself at two NBA pre-draft camps already as well as through a lackluster senior year. Someone could take a flyer on him through training camp or summer league, but at this point, its hard to see him having any chance of being drafted.
Read full article