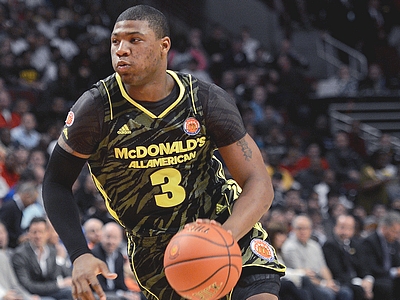 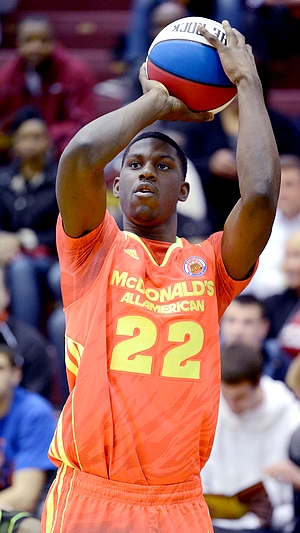 Alex Poythress had as good a week relative to expectations as anyone in Chicago, opening the eyes of recruiting gurus and NBA scouts to his considerable long-term potential.

Poythress' intrigue begins with his excellent physical tools. He's measured out consistently between 6-8 and 6-9 in shoes in a number of different settings over the past two years, and has a nice 7-1 wingspan to go along with a frame that should be able to add plenty of weight over time.

He's an outstanding athlete as well, explosive around the rim with good agility for a player his size, allowing him to make his presence felt on a regular basis in transition, crashing the offensive glass, and as a playmaker defensively.

Offensively, Poythress is still searching for an identity, as he's clearly not a post player, but doesn't appear to have the skill-level to play on the wing full time either. He shows nice form on his jump-shot, and has the ability to make shots with range out to the 3-point line, even if he was somewhat streaky in this area over the course of the week. His ball-handling skills are similarly a work in progress, and his decision making skills are still catching up to his overall talent level, as he made a handful of questionable plays over the course of the week that demonstrated his lack of experience playing on the wing.

Nevertheless, Poythress' athleticism, instincts and aggressiveness help him find ways to impact games, and he has plenty of time to continue to polish up his skill-set as he's still only 18 years old.

Defensively is where Poythress might be most intriguing right now. He has the size, length and mobility to guard either forward position effectively, as he's able to stay in front of smaller players on the perimeter and is competitive enough to handle himself on the block as well. With a year (or more) of experience underneath his belt playing for a coach like John Calipari at Kentucky, he has a chance to really develop this part of his game, which would make him even more interesting for the NBA.

Also an excellent student reportedly sporting a 3.9 GPA, Poythress had pretty much every college coach in America calling him trying to recruit him over the past few years. It will be interesting to see what kind of role he plays at Kentucky next season as he appears tailor-made to replace Terrence Jones as a face-up power forward. He mentioned in Chicago that he's been recruited to play similarly to the way Michael Kidd-Gilchrist did on the wing. 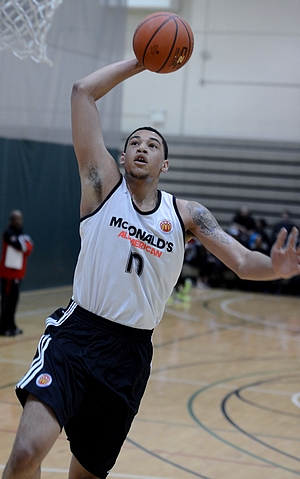 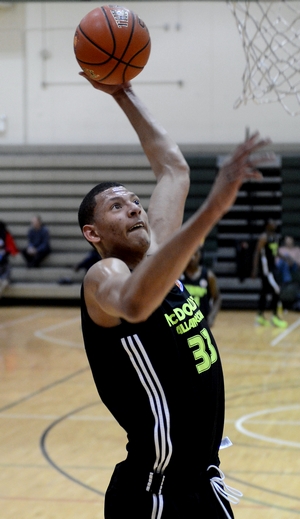 A player who is likely many years away from reaching his full potential as a prospect even now, Austin is showing consistent improvement, which is all you can ask for at this stage. It's easy to see why he's so highly regarded, and considering his excellent off-court demeanor and intelligent nature, it appears likely he'll find a good amount of success in basketball eventually. 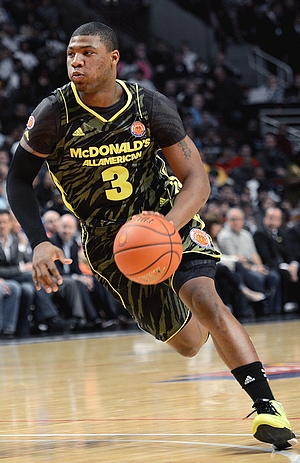 Previously unknown to us heading into the event, Marcus Smart had a strong week here in Chicago, and looks like a great get for Travis Ford at Oklahoma State.

Undersized for a shooting guard at around 6-3, but with a chiseled frame, long arms and solid athleticism, Smart is surely big enough to be effective at the college level, but may give some scouts pause with his lack of size.

Smart makes up for that with what appears to be great versatility on both ends of the floor, as well as a winning spirit and a real competitive streak.

Offensively, Smart shows the ability to make shots both with his feet set and off the dribble, from the 3-point line as well as in the mid-range area. He's at his best using his superior strength to overpower opponents en route to the basket, though, finishing through contact and drawing plenty of fouls in the process.

Smart is also extremely effective on defense, playing with a real chip on his shoulder here and being very effective with his combination of length and aggressiveness.

A good, but not elite athlete, it will be very interesting to see how the different parts of Smart's game translate to the college level. He's a surprisingly complete player for his age, and is known as a great leader and a winner on every stage he's played at. While he's unlikely to become a full-time point guard, it may not be a surprise to see him take on more of a combo guard role in college, as he clearly has the basketball IQ and unselfishness to do so, which would likely improve his NBA prospects considerably.
Read Next...