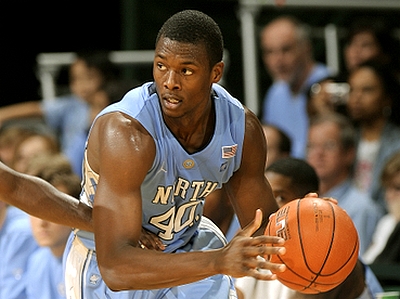 Most people had left him for dead after starting the season shooting 70/189 (37%) from the field through North Carolina first 17 games, labeling him as just another overhyped freshman. 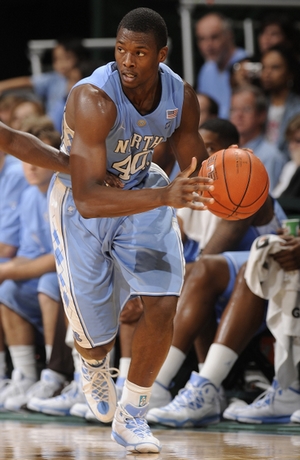 "It doesn't bother me at all because up until this part of my career, I've never had any adversity in basketball," Barnes said in an interview with The Associated Press. "My career has just been straight up. I always played, I always got better. ... So it's just been a good test for me to grow as a basketball player and grow as a person. And I feel like had I not had this adversity, I probably wouldn't become later the player I will."

"There's obviously a lot of basketball left in my career regardless of this year," he said. "Regardless of how this season happens, the world is not going to end. The sun will come out and life will go on. So it's one of those things you just have to look at and not just ask 'Woe is me' or wish this wasn't happening, but to understand why it's happening, to learn from it and get better as a player."

It's easy to see what made Harrison Barnes such a highly touted player coming into college, standing 6-8, with a perfect frame, an exceptional skill-level and an outstanding feel for the game.

What Barnes lacks in elite-level athleticism he makes up for with offensive polish, savvy and scoring instincts, as you can see in the following video we compiled illustrating both his strengths and weaknesses:


With his excellent footwork, array of step-back moves, and ability to just throw the ball in the basket, Barnes is capable of making some incredibly difficult shots. Unfortunately he relies on this part of his game too heavily, placing him just 74th of the 83 NCAA prospects in our Top 100 rankings in True Shooting Percentage.

Barnes ranks as one of the 35 best off the dribble shooters in the NCAA (min. 75 possessions) according to Synergy Sports Technology, converting 39 of 99 (39%) attempts this season. He elevates impressively with picture perfect mechanics and a beautiful follow through, showing deep range and outstanding touch.

Oddly enough, though, Barnes' accuracy falls off quite a bit in catch and shoot situations (35/115 [30%]), particularly when closely guarded. As you can see in the video above, he tends to dip the ball fairly dramatically before releasing it, which gives the defense time to recover and more effectively contest his shot. With that said, considering the way Barnes has been shooting the ball over the past month or so, most of these concerns have likely been alleviated.

While Barnes' inability to consistently make shots with his feet set has hampered his shooting percentages this season, the more concerning aspect of his play has been his struggles scoring efficiently inside the arc.

Barnes is converting a lackluster 47% of his 2-point attempts, while getting to the free throw line just 4.3 times per-40 minute pace adjusted. By historic standards, both of these figures do not measure up particularly well compared with collegiate wing players in the past.

Barnes does not possess a great first step, nor is he a very creative ball-handler or passer at this stage. He's not particularly effective in transition or isolation situations, as he doesn't show the ability to change speeds or use advanced moves to get by his man.

Barnes has such great confidence in his ability to make shots off the dribble that he tends to settle too quickly for his pull-up jumper, a shot that classifies as a low-percentage possession even for the best scorers. He can make these at a solid 40% clip, and probably will continue to do so in the NBA, but he will not be a particularly efficient offensive player until he diversifies his slashing game and learns how to get inside the paint and draw fouls at a higher rate.

The fact that he's been unable to do so at the collegiate level is somewhat concerning, and is something NBA teams will need to study in order to evaluate how much he can improve in this area down the road.

His play on the defensive end has been nothing short of stellar, though.

Barnes possesses ideal physical tools on this end of the floor, with his excellent size, frame and wingspan. He plays with great intensity but is also very fundamentally sound, getting low in his stance and moving his feet extremely well, usually leaving himself just enough cushion to contest his opponent's shot while still being ready to slide in any direction. Although he doesn't collect a great deal of blocks, steals, or rebounds, he's an extremely effective defender who likely be capable of guarding either wing position at the NBA level, which gives the team that picks him nice versatility to work with. 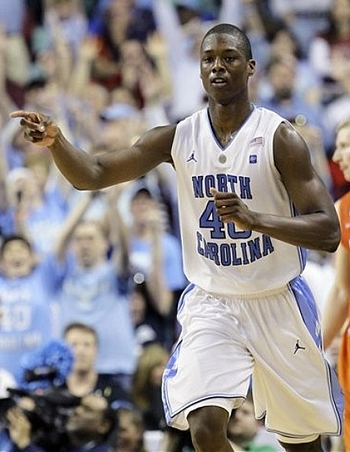 Something that constantly needs to be mentioned when evaluating Barnes' potential at the NBA level are the intangibles he brings. Despite being just 18 years old, Barnes already plays with a tremendous amount of savvy, something that leaves great optimism regarding his future. He's a team player who displays an ideal temperament out on the floor, never getting too high or low in any given moment, and always playing with great self-confidence.

Anyone that has been around him states emphatically that his character is of the highest standard, and whoever drafts him can be fairly certain that he will represent them extremely well on and off the court. Despite the shortcomings mentioned, there is very little doubt that he will continue to work diligently on improving the weaker points of his game once he reaches the NBA. Considering his age, it's not a stretch to say that he still has plenty of room to grow as a player.

The biggest question mark teams might have about Barnes is whether he has the upside to be the best player on a NBA playoff team, or if he would be better suited playing a more complimentary role. His play in the NCAA tournament starting this weekend could go a long ways in shedding light on this topic, and will likely play a role in how high he ends up being pickedif he decides to enter the draft.
Read Next...