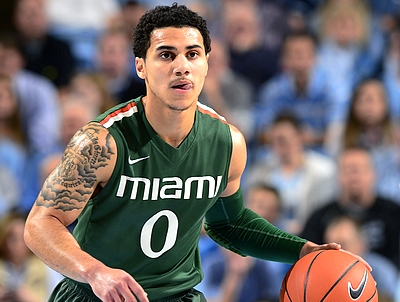 Mike Schmitz
@Mike_Schmitz
Shane Larkin is one of the best athletes in this draft and also among the most efficient scorers. How much will his lack of size and length affect him on draft night? 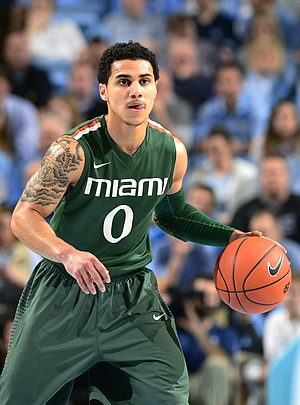 The son of hall of fame baseball player Barry Larkin, Shane Larkin comes from a family that understands what it takes to succeed at the highest levels of professional sports, and the improvement he has shown from when he was a mid-level recruit in high school to now has been substantial. Despite the challenges and concerns Larkin's size and length present, his potential as both a scorer and a distributor in pick and roll sets, along with his incredible athletic results at the NBA combine should generate quite a bit of interest from decision makers on draft night, as he's widely expected to be drafted in the top-20. That's quite a feat considering where he was a year ago, a complete unknown on the college level among NBA scouts.
Read Next...