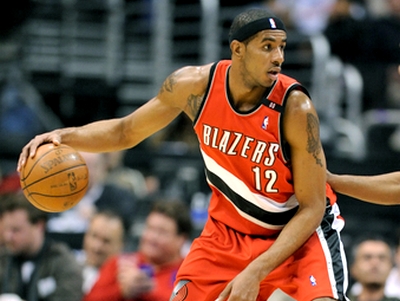 Overview: One of the NBAs most gifted young big men. A near 7-footer with a near 7-5 wingspan. Not just tall, but relatively well built too. Has added some bulk to his frame since appearing on the NBA radar. Shows good mobility, but is more smooth than explosive as an athlete. Long strides make him a factor in transition. Matches his athleticism with an outstanding skill set. Could have been a high draft pick after his freshman season at Texas, but opted to return to school. Had breakout years as a sophomore in both the NCAA and the NBA. Named Big 12 Defensive Player of the Year before being selected 2nd overall and subsequently traded to Portland. Has become one of the better players at his position in just three seasons. Posting better numbers now than he did in college. Likely bound for an All-Star game in the not too distant future. Should be locked up into a contract extension soon. Lacks a certain degree of toughness, which manifests itself on the defensive end primarily at times.

Offense: Exceptionally talented big man who maintains an outstanding level of efficiency across the board. Gets almost half of his possessions in one-on-one situations, whether they come in the high or low-post. Also sees a significant number of touches in spot situations, off of pick and rolls, and working without the ball. Exceptionally balanced for a post player his age. Has all sorts of offensive tools. Does an average job acquiring position on the block, often receiving the ball in the mid-post when well defended. Shows better strength and significantly more tenacity once he has the ball. Displays all kinds of offensive moves, but prefers to use a turnaround jumper over his right shoulder that allows him to use his exceptionally high release point to get a decent look almost any time he wants it. Gets the majority of his touches on the left block so he can make his move towards to base line. Not ineffective going over his left shoulder. Likes to simply try and turn the corner and go to the rim using his long strides when he turns that way. Shows a turnaround going right, but shoots it with a slow release, almost double clutching the ball on the way up. Displays a nice hook with his right hand as well. Will often use a dribble to back his man down and then take whatever his defender gives him. Will only be over-aggressive in the post if he feels he has a major size and quickness advantage. Displays a good face-up game, tending to take a dribble to the middle and then spin to a turnaround jumper when the defense responds or just shoot the ball immediately. Extremely smooth in virtually everything he does. Still developing his catch and shoot jumper. Not quite as effective when he has time and space from outside of 17-feet as he is with his turnaround when well-defended in the post. Displays decent form, but seems a little hurried at times in catch and shoot situations. Still a definite threat, but would be a nightmare to defend if he improved that part of his game and became merely a respectable threat from three point range. Just as efficient with a hand in his face as he is wide open from the perimeter, and more efficient after a dribble than he is from a stand still a testament to his shot-making ability. Very capable ball handler for a near 7-footer. Almost never turns the ball over in relation to most players near his high usage level. Doesnt get to the line at a very high rate for his skill level, since he makes most of his moves going away from his defender. Still proves to be a very good finisher, using his length and leaping ability to finish his offensive rebounds, cuts to the basket, and transition opportunities with a dunk whenever possible. Runs the court well and uses his mobility very well on the pick and pop. Seldom rolls to the basket after setting a screen, which has more to do with Portlands centers than Aldridge himself. Extremely high level offensive rebounder due to his wingspan, timing, and athleticism. Versatile, skilled, and careful with the ball, Aldridge has room to improve his efficiency, but has became an awesome offensive weapon in just a year and a half.

Defense: Capable defender who gives an effort if nothing else. Displays the anticipation to use his length to come up with some steals and block some shots. Not a standout in either area, but is a threat to make some plays. Blocks most of his shots on the ball, though one of his biggest weaknesses revolves around his lack of tenacity when defending the ball one-on-one around the basket. Will let himself get beaten with aggressive drop steps and allows himself to get pushed around more than he should. Doesnt use leverage terribly well. Not a bad defender, but his lack of great energy coupled with some issues with his fundamentals limit him. Has some problems committing to hedging screens, not showing a great sense of urgency recovering to his man and giving up some open looks that hes often still able to get a hand up on by using his length. Does a decent job defending penetration in that he takes away the lane, but tends to be content with defending his matchup from the side when they look to attack the rim, instead of beating him to the spot. Size makes his lack of great lateral explosiveness understandable. Doesnt prove to be a very good defensive rebounder, some of which has to do with the players Portland deploys around him, but is also caused by a lack of aggressiveness when boxing out. Overall, Aldridge plays a position based brand of defense that doesnt sell out his teammates, but hes capable of being more active in the midrange and tougher on the block.