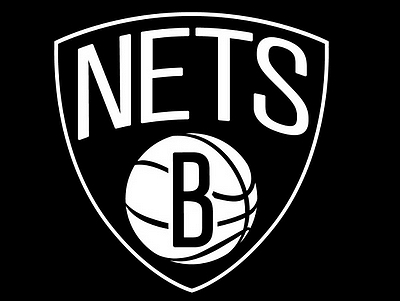 Jonathan Givony
@DraftExpress
While competing for the attention of NBA scouts at the 2012 Nets Combine, the 44 NBA draft prospects in attendance were also measured and put through a battery of athletic testing.

Here are the results, in sortable format.

You can also see how players stack up historically in our expansive database, with measurements dating back to 1993.

To see how players measure up with a typical NBA draft pick, at any position, see the following page.

The most explosive leaper at the Nets Combine was Stanford's Josh Owens who tested a phenomenal 34 ¾ inch no-step vertical jump, and a 41 inch Max Vert. He also ranked first in the bench press test. Owens was not invited to Portsmouth, but quickly showed NBA teams why he should have been with a strong effort in the five on five competitive portion of the Combine. It wouldn't be surprising to see him get some more looks in the form of private workouts over the next month.

Owens was followed closely by Orlando Johnson at 34 inches. Johnson may have had the best all-around showing of any prospect in New Jersey, considering his strong measurements (6-11 wingspan) and the terrific scoring instincts he displayed in the five on five action.

The tallest player was Lithuanian Mindaugas Kupsas, at a towering 7-1 without shoes, more than two inches taller than the next participant. He also had the longest standing reach, at 9-4. He unfortunately struggled for the most part in the Combine, being unable to assert himself inside the paint.

The shortest player was Long Beach State's Casper Ware at 5-9 ½ without shoes. One of the most aggressive guards seen in New Jersey, Ware drew some comparisons to prolific scoring NBA rookie Isaiah Thomas, thanks to his terrific quickness, deep shooting range and pesky full-court defense. Thomas actually measured a half inch shorter at the NBA Combine last year without shoes, which should help Ware's case significantly. Ware also measured the shortest wingspan and standing reach at the Combine, but was the fastest player tested in the lane agility drill.

Zack Rosen tested as the quickest end to end player in the ¾ court sprint. That mark is just a fraction of a second slower than Derrick Rose, and is one of the 20 best speeds ever according to our database. Rosen showed strong leadership skills running the drills and executing the simple offenses that the assistant coaches implemented prior to the five on five play. He hurt his thumb early in the workout and did not shoot particularly well, but played strong defense and ran his team efficiently, getting into the paint on numerous occasions and dishing to open teammates.

The heaviest player weighed in New Jersey was Mississippi State's Renardo Sidney, at a whopping 304 pounds, nearly 40 pounds more than the next heaviest prospect. His 22.4% body fat percentage was also highest by a large margin in New Jersey, and ranks as the second highest figure ever in our extensive database ahead of Oliver Miller. Sidney quit pretty early on in the workout after being seen grasping an inhaler on the sidelines.

The biggest hands belonged to LSU's Justin Hamilton, who was one of the best big men seen in New Jersey. Hamilton showed strong mobility running the floor and moving his feet in the drills, as well as the ability to step outside and make a jump shot with solid range. He competed hard, crashing the glass aggressively and finished with soft touch around the rim on the pick and roll. All things considered, he may have helped himself as much as any player here.

Another player who seemingly helped himself quite a bit was Texas guard J'Covan Brown. Playing mostly off the ball throughout his career alongside McDonald's All-Americans Myck Kabongo, Cory Joseph and Avery Bradley, Brown showed terrific timing running the pick and roll, changing speeds extremely well and making strong decisions with the ball in his hands. He did a good job displaying both his passing and scoring ability, and measured reasonably well at 6-2 in shoes with a 6-4 ½ wingspan. With the weakness of this class at the point guard spot, he could be an attractive option for a team drafting in the second round.

See the rest of the results here.
Read Next...