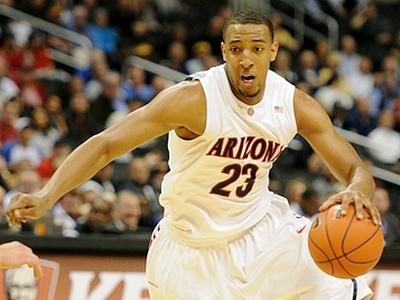 Jonathan Givony
@DraftExpress
Box-scores don't always tell us everything we need to know about what happened in an actual game, and seasonal stats can be misleading at times in attempting to project what type of NBA player a NCAA or international prospect will become.

That's why it makes sense to branch out and explore other alternatives that are available to us, including those offered to us by Synergy Sports Technology, who've logged virtually every individual possession of every game this year's NBA draft class has taken part of.

These possessions are manually categorized by the type of play they resulted in, and then once again, evaluating what actually occurred in that sequence.

How do the Top Prospects Stack Up?

Derrick Williams is the most highly touted prospect in this group, and his situational stats do nothing to diminish his standing.

Williams shouldered a heavy load for Arizona this season at 16.4 possessions per game (5th in this group), but was nevertheless the most efficient forward of the players we looked at, scoring 1.16 points per possession. That's especially impressive considering how heavily defenses keyed in on stopping him, how little playmaking Arizona had besides him, and the way in which he generated his offense.

Williams may not shoot the most jumpers of this grouponly 25% of his shots come in this form-- a far cry from Kyle Singler and Robin Benzing at 63% or Chris Singleton at 56%-- but he makes more of the jumpers he does take (56%, or 1.6 points per shot) than anyone, and not by a small margin.

Williams appears to do a great job trusting Arizona's offense and waiting for good opportunities to come to him rather than hunting shotssomething that his NBA coach will surely appreciate. Williams amazingly enough only took 5 pull-up jumpers all season, representing just 1% of his total offense.

This can be viewed as either a positive or a negative. On one hand he refused to settle for these low-percentage opportunities (which with the shorter 3-point line, are truly bad shots in the collegiate game). On the other hand, this may be a part of his game that he'll need to work on, particularly if he's expected to create offense from the perimeter in the NBA as heavily as he did in college.

Williams was indeed one of the most dangerous shot-creators in the college game amongst big men (he played almost all his minutes at Center at Arizona), scoring an outstanding 1.3 points per possession (#1) in isolation situations and getting fouled on nearly a third of his possessions (#1). By comparison, the next most effective isolation threat in this group, Kyle Singler, scored just .99 points per possession, getting to the free throw line at half the rate. None of the other first round prospects were anywhere near as effective.

This did come at the expense of turning the ball over on 16% of his possessions (3rd), though.

Williams' versatility shines through in the rest of his game, as he did an excellent job scoring in post-up situations (1.06 PPP), pick and roll finishes (1.37 PPP), and cuts (1.26). Some of the credit for this should go to Arizona's coaching staff, which obviously knew precisely how to exploit Williams' strengths and did a great job putting him in position to succeed.

Marcus Morris shouldered a heavy scoring load for one of the best teams in college basketball last seasonusing 16.4 possessions, which ranks him 4th in this group.

Nevertheless, he ranks as one of the most efficient at 1.12 PPP (3rd), behind just Derrick Williams and Justin Harper, despite turning the ball over on just 10.5% of his possessions (5th).

Morris ranked as the most effective back to the basket threats in this group of prospects, and in all of college basketball for that matter, scoring an incredible 1.18 points in post-up situations.

His jump-shot wasn't quite as effective as some of the other players in this group at .96 points per shot (connecting on 38% of his attempts), but he showed enough potential in this area, particularly with his pull-up jumper (.8 shots per game, 42% conversion rate) to lead us to believe that he can continue to develop in this area.

Comparing where Jan Vesely ranked in various situational stat categories with his NCAA peers doesn't make a great deal of sense considering how different European basketball is with the college game, but it still sheds some interesting insight onto his profile.

Vesely's usage rate ranks last amongst this group of players at just 10 possessions per game, which hints at the fairly limited role he played offensively for Partizan Belgrade this year.

He rarely, if ever, was asked to go out and create his own shot on his own, seeing just 2.8% of his offense in isolation situations, which ranks 15th of the 18 players in this study, ahead of Malcolm Thomas and Matthew Bryan-Amaning, but nevertheless ranked as the 5th most turnover prone, coughing the ball up on 15% of his possessions.

By contrast, 25% of his possessions came in spot-up situations, which puts him near the top in this category after Robin Benzing (39%), Chandler Parsons (26.2%) and Justin Harper (25.5%).

He was not terribly effective as a jump-shooter, though, garnering .78 points per shot he attempted, 5th worst in this groupalmost all of which in catch and shoot situations.

On the other hand, Vesely's athleticism shines through with the way he was able to convert opportunities around the basket, shooting 74% from the field in these situations, first in this group.

Not surprisingly, Vesely ranks amongst the most effective finishers off cuts (3rd), offensive rebounds (2nd), post-ups (3rd) and in transition (6th).

He was also able to draw free throws at the third highest rate (on 19.4% of his possessions) in this study, trailing just Derrick Williams and Jimmy Butler.

If Vesely can shore up his ball-handling and perimeter shooting ability, he has all the makings of an incredibly versatile player.

Amongst the other lock first round prospects, neither Tobias Harris and Chris Singleton look overly flattering.

Tobias Harris, just an 18-year old freshman for the duration of the season, ranked in the middle of the pack both in usage (9th) and efficiency (11th).

While he did a decent job for a freshman of keeping turnovers to a minimum in the half-court (coughing the ball up on just 10.2% of his possessions, ranking him 4th), he doesn't seem to have a consistent means of scoring at this stage.

He ranks towards the bottom or middle of the pack in most areas, struggling in particular to score in isolation settings (.486 PPP) or jump-shots (.725 PPP, 27.5% FG%), especially in catch and shoot situations, where he's the 3rd least efficient player in this group after Malcolm Thomas and Chris Wright.

Not known as a spectacular athlete, Harris will surely have to improve the consistency of his jumper to make it in the NBA, but considering his age and work ethic, he should be able to do so.

Chris Singleton is known as one of the best defenders in this draft class, but his offensive efficiency of .86 PPP leaves a lot to be desired, as it ranks 2nd worst in this group after Chris Wright.

Singleton's mediocre ball-handling skills seem to be the main culprit here. He turns the ball over at a fairly high rate, (14.2% of possessions), which ranks him 6th in this group.

He gets out in transition more than any prospect at 3 possessions per game, but ranks dead last in scoring efficiency in this category, at a dreadful .905 PPP.

Singelton would be well served cutting out the 1.5 pull-up jumpers he shoots every game at the next level, as he only makes 29% of these attempts.

In catch and shoot situations he's far more effective, making 43% of his attempts at 1.28 points per shot, the 4th best in this group.

Looking through the rest of this class of forwards, a few things stand out. First is how well Jimmy Butler seems to rank in virtually every category, starting with overall offensive efficiency (6th), and continuing with turnover rate (2nd best), free throw rate (2nd) and transition scoring (2nd). If he can improve his ability to make shots with his feet set (13th, 36% FG) he will likely carve out a long career for himself considering how staunch of a defender he is.

Another player who is seemingly just a consistent jumper away from being a solid NBA rotation player is Kyle Singler. He took more catch and shoot jumpers than anyone in this study at 4.6 per game, but only made 34% of his attempts, ranking ahead of just Jan Vesely, Tobias Harris, Chris Wright and Malcolm Thomas.
Read Next...