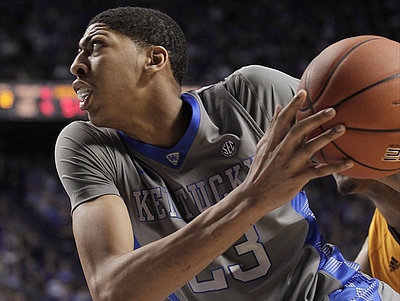 Jonathan Givony
@DraftExpress
Box-scores don't always tell us everything we need to know about what happened in an actual game, and seasonal stats can be misleading at times in attempting to project what type of NBA player a NCAA or international prospect will become.

That's why it makes sense to branch out and explore other alternatives that are available, including those provided by Synergy Sports Technology, who track virtually every individual possession of every game this year's NBA draft class has taken part of.

These possessions are manually categorized by the type of play they resulted in, and then once again, evaluating what actually occurred in that sequence.


How do the Top Big Men Prospects Stack Up? 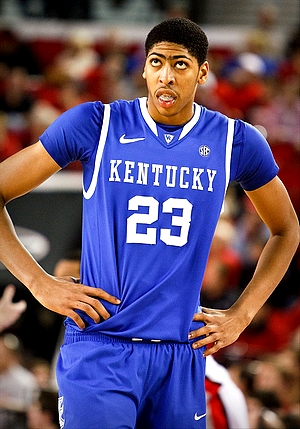 -
Anthony Davis is the top prospect in this group, and the #1 prospect in the 2012 draft overall. Nothing we found in studying his situational stats would lead us to believe otherwise.

He ranks as the most efficient scorer among big men prospects behind Ricardo Ratliffe, averaging nearly 1.2 points per possession used overall, with a significant gap between him and the next most efficient elite big man prospect, Tyler Zeller. Davis ranked just around average in overall possessions used (11.6 per game), so the fact that he turns the ball over at the second lowest rate (8.6% of possessions), while drawing fouls fourth most frequently among this group made him an exceptionally efficient offensive option at the college level.

Davis was the second most prolific transition scorer among big men after John Henson, which makes sense considering the speed with which he runs the floor. He ranked #1 among big men at finishing off cuts, converting an outstanding 83% of his field goal attempts in these situations. He also ranked as the best overall finisher (in any situation) around the basket, hitting 78% of his attempts, or nearly 1.6 points per shot. Getting the ball to Davis underneath the basket in a position to score appears to be sound advice for his next coach in the NBA.

He was also the second most efficient scoring big man out of isolation situations (.903), even if the sample size leaves a lot to be desired here, at 31 total possessions over 42 games.

This analysis also provides us with solid insight into the things Davis needs to work on in the future. Just 13.5% of his possessions came on post-ups, the second lowest of this group after Furkan Aldemir and well under the average of 34% when taking all 26 big men prospects into account. His success rate0.85 PPPis below the average of 0.89, indicating that Kentucky's offense clearly wasn't losing much by electing not to throw the ball into the paint more than 1.6 times per game. It's safe to assume that Davis' usage rate as a pick and roll finisher (just 1.5 possessions per game) will rise once he reaches the NBA, but it will be interesting to see how his back to the basket game evolves as he continues to add weight to his 222 pound frame.

Jump shots attempts made up a decent amount of Davis' possessions22%--but his 0.731 PPP also ranks well below average for this group (0.87), as he made just 23 of 67 (34%) attempts. Clearly this is something he'll need to continue to work on in time as well.

-Andre Drummond, on the other hand, ranks fairly poorly in this analysis, not really standing out in any major areas. His overall efficiency (.925) is 6th worst among the 26 big men, as he rarely gets to the free throw line (2nd worst), and he is the worst back to the basket scorer (.578 PPP) in this group by a very wide margin.

-Thomas Robinson shouldered the heaviest load (18.3 possessions per game) by far of any prospect in this analysis, which clearly hurt his efficiency (.959, 20th best). He ranks around the middle of the pack in most categories, with his strongest traits being his ability to run the floor and create out of isolation situations on occasion.

-John Henson also doesn't rank very favorably in this analysis, which perhaps isn't a surprise given how raw he's considered to be offensively. He garnered a decent amount of usage (14.1 possessions per game, 8th overall among the 26 prospects), but wasn't terribly efficient (.923, 5th worst) with those touches, mainly due to his struggles getting the free throw line (2nd worst) and the fact that he's neither a prolific scorer with his back to the basket (.805, 42% FG%), or a consistent jump-shooter (.691, 35% FG%). Unlike Anthony Davis, Henson was asked to do those types of things far more frequently at North Carolina (he ranked 3rd in total jump-shot attempts and 12th in post-ups), which makes you wonder a bit about the role he was asked to play.

One interesting note: while Tyler Zeller is often the North Carolina big man lauded for his ability to run the floor, Henson actually did so more often (1.9 transition possessions, vs. 1.4), leading all 26 big men prospects in that category.


-
Speaking of Tyler Zeller, he was clearly one of the most impressive big men prospects in this study, as he not only shouldered a fairly heavy offensive load (14.4 possessions per game, 7th among the 26 evaluated), but did so very efficiently (1.086, 4th best). He ranks as the second most efficient scorer (1.673) in transition situations after Meyers Leonard, despite seeing twice as much usage in that category.

Zeller saw the third most possessions in this study with his back to the basket, and drew fouls at the 4th best rate once there. While not taking all that many jump-shots (just under one per game), he ranked as the 4th best shooter among the 26 big men, at a solid 1.031 points per shot.

His versatility will clearly be an asset for him in the NBA. 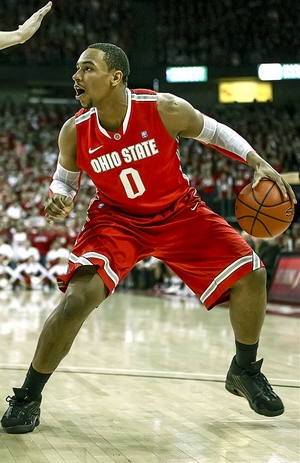 -
Jared Sullinger also ranks favorably in this study when accounting for usage (4th) compared with efficiency (6th), and like Zeller, the Ohio State big man got it done in variety of ways. Sullinger is the 4th best post-scorer among the 26 big men despite seeing the most touches with his back to the basket every game (7.8 possessions) by a wide margin. That comes as no surprise given how effective he is at keeping turnovers to a minimum down low (8.3% of post-possessions, 4th best).

Thanks to his terrific touch, Sullinger is also an excellent finisher off cuts (1.426 PPP, 4th best) and the 5th best shooter in this study.

Looking through the rest of this class of big men, a few things stand out.

-Meyers Leonard ranked as the best post-scorer in this group, at an excellent 1.048 PPP on more than five possessions per game. Leonard crashes the offensive glass least frequently of any player in this group, and doesn't stand out in any other area besides his strong finishing ability (1.417 PPP, 7th best)

-Arnett Moultrie was the 6th most efficiency overall scorer in this group of big men, largely due to his tremendous finishing ability, ranking second in that category only to Anthony Davis. Moultrie is not very polished with his back to the basket (.851, 13th), or as a jump-shooter (.826, 12th), but he does a very nice job creating his own shot (6th in total isolations, 1st in efficiency), particularly with his ability to draw fouls.

-
Besides Anthony Davis, Jared Sullinger and Tyler Zeller, the next more impressive big man in this study is likely Andrew Nicholson. Nicholson shouldered a heavy offensive load for St. Bonaventure (3rd highest of the 26 prospects), but still ranks as the 5th most efficient scorer overall. The fact that he was so effective with his back to the basket (5th best post scorer) and facing the basket (#1 in overall jump-shot attempts, 2nd most efficient shooter at 1.096), and with the ball (#3 in total isolation attempts, #3 in efficiency) is impressive. Nicholson is effective in pretty much every area we looked at, highlighting his extremely high skill-level.

-
Ricardo Ratliffe was an absolute beast of a finisher last season, ranking first in overall efficiency (1.226 PPP) ahead of Anthony Davis on similar usage. Ratliffe obviously had special chemistry with his guards last season, as he ranked as the best pick and roll finisher, and third best on cuts. He was also pretty effective with his back to the basket (1.017, 3rd best) as well. Largely forgotten over the course of the pre-draft process after average showings at the Portsmouth Invitational and New Jersey Combine, NBA teams may question whether he has the size and athleticism to translate these skills to the next level, but this probably won't be the last we hear from him.

-Miles Plumlee might end up being drafted in the first round according to some teams we talk to, despite having the lowest usage rate of any of the 24 big men we looked at. He only garnered 10 transition possessions all season, and was ineffective with his back to the basket. Plumlee was the third best pick and roll finisher in this group, and ranked as the best overall shooter in the severely limited number of jumpers (12 total) he took last season.

-The least efficient scorer in this group is Georgetown's Henry Sims, largely due to the fact that he led all big men in turnover percentage, coughing the ball up on more than 20% of his possessions. He's joined at the bottom of the efficiency category by Herb Pope, Festus Ezeli and Yancy Gates.
Read Next...