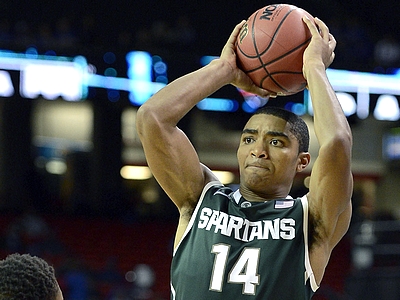 Mike Schmitz
@DraftExpress
Mike Schmitz continues our coverage of the top returning NBA prospects in the Big Ten with a video scouting report of the #3 prospect in the conference, Gary Harris.

Mike Schmitz is the video analyst for DraftExpress. Follow him on twitter and subscribe to the DraftExpress YouTube page. He will be breaking down the NBA draft in digital format all year long for us.
Read Next...