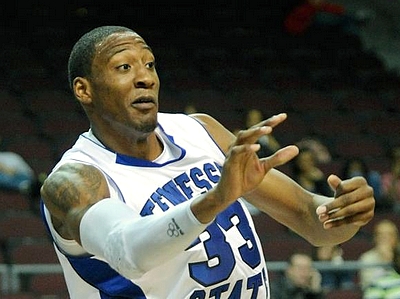 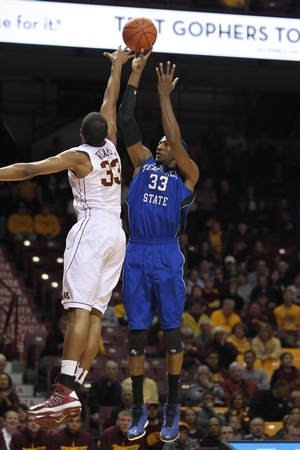 Although his senior season was cut short by a torn meniscus, Robert Covington returned to carry Tennessee State to the semifinals of the Ohio Valley Conference Tournament before losing to Belmont.

Despite entering the season as one of the top prospects outside of the BCS Conferences, not to mention one of the nations most versatile forwards, Covington never quite managed to build on his promising junior season, stagnating or even regressing in many key areas statistically . Now, as his college career has come to a close, he has quite a bit of work to do to guarantee a spot on a NBA roster next season.

From a physical perspective, the most pressing concern on scouts minds involves Covingtons position at the next level. At 69 with a long and wiry 215 pounds, he lacks the ideal strength or toughness for the power forward position, but lacks athleticism for a small forward and appeared to have lost a step in the months following his return from knee surgery. A tweener in many aspects, he was unable to ease many of the concerns raised in our previous report with his play this season, which will make the next few months extremely important for his long-term future.

On the offensive end, Covington remains a skilled player, averaging 19.8 points per 40 minutes pace adjusted, though on a career low 41% FG%, which represents one of the lowest rates among collegiate power forwards.

Covingtons biggest appeal as a prospect revolves around his jump shot, which comprises nearly 56% of his overall shot attempts. He converted 37.5% of his nearly five 3-point attempts per game, down from 45% last season and 46% as a sophomore. Though his mechanics are a bit unorthodox, his high arcing shot is difficult to block and he has proven to be one of the nations top perimeter shooting big men throughout his entire career, hitting 183/430 of his overall attempts, or 43%. He shows the ability to make shots with his feet set, off the dribble, and with a hand in his face, which bodes well for his ability to operate as a floor spacer at the professional level, something that is increasingly coveted in modern basketball.

He also possesses an above-average first step, which allows him to take his man off of the dribble, either to slash to the basket or pull-up for a mid-range jump shot. Though he may struggle to get by quicker defenders in the NBA, his inability or unwillingness to draw contact in the post, and his tendency to drive with his right hand, he nonetheless shows solid instincts as a shot creator on the perimeter that have developed steadily since his junior season.

Outside of his abilities as a perimeter shooter and his development as a shot creator, however, Covington shows some very peculiar tendencies. For one, despite his physical and athletic advantages at this level, he is not a very effective finisher inside the paint, making just 49% of his attempts around the basket in the half- court, and 31.8% of his attempts in post-up situations. His paltry 43% 2P% ranks in the bottom 10 of both power forward and small forward prospects in our database.

His lack of ideal strength, average toughness, raw footwork, and questionable touch around the basket raise a lot of question marks considering the level of competition he played against in the Ohio Valley conference, though its unknown how much of that was due to his knee problems this season.

Furthermore, and to build on our analysis from November, he struggled mightily on the offensive end against good competition, including nine points (2/12 FG) and five rebounds against BYU, 10 points (4/11 FG) and three rebounds against Minnesota, and 12 points (5/18 FG) and five rebounds against Missouri. On film, its clear that he shows a tendency to float around the perimeter, play passively, and as Joe Treutlein noted in November, become decidedly one-dimensional, as he just doesn't have the skill, strength and athleticism to consistently contribute outside of his superb outside shot.

On the defensive end, Covington possesses excellent size and versatility, and routinely guarded multiple positions for Tennessee State in any given game. Though he lacks the lateral quickness to stay in front of quicker guards, he manages to stay relevant even after he is beaten due to his outstanding length, as evidenced in his outstanding 2.6 steals and 2.3 blocks per 40 minutes pace adjusted. Should he be willing to put the effort in, there is little doubt he could provide value as a defender down the road. In the meantime, playing with more energy and focus would go a long way in showing scouts that he can contribute on both ends of the floor at the next level. For instance, he inexplicably struggles to close out on perimeter shooters, oftentimes finding himself out of position due to his own or a teammates mistaken rotation.

Covington is significantly less effective in the post, where he struggles to stay with bigger, stronger, and quicker defenders. Looking towards the NBA, this problem will only get worse as he will face far more talented big men on a nightly basis. Furthermore, he remains a mediocre rebounder, pulling down a career low 9.0 rebounds per 40 minutes pace adjusted. On film, he spends a lot of his time on the perimeter on the defensive end, but nevertheless, rarely shows the discipline, focus, toughness and fundamentals displayed by elite rebounders.

With all this in mind, Robert Covington has a lot of work to do before establishing himself as a legitimate NBA player, even though his status as one of the better perimeter shooting forwards in this draft will certainly give him a chance to make a roster. His lack of fundamentals on the defensive end, his passive demeanor on the floor, and his general inconsistency against elite competition are legitimate red flags when projecting him at the next level.

With that said, a strong showing at the Portsmouth Invitational Tournament and in private workouts against NBA-level athletes could go a long ways in showing and that he has more to offer an NBA team besides his shooting. If he can show scouts that he has the mindset needed to play a very specific Anthony Tolliver-esqe role at the next level, and that he is a better player than he was able to display this season due to injuries, then he could still have a chance to hear name called in the second round of the draft. Otherwise, he will certainly have opportunities to prove himself in summer league, training camp, the D-League, or potentially overseas, to try and earn a NBA roster spot down the road.
Read Next...