What Did We Learn At The NBA Combine? 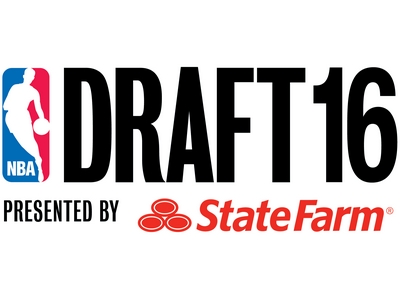 Jonathan Givony
@DraftExpress
Examining the changing landscape of the NBA draft combine, which wrapped up this past weekend in Chicago.

Teams drafting in the mid- to late lottery appear to be somewhat dejected about the talent outside of the top two picks. There's a shortage of All-Star-caliber prospects once you get past Brandon Ingram and Ben Simmons, but those outside of the lottery are happy with the options at their disposal.
From what I can tell, there are 30 potential NBA rotation players sitting there in the 15-45 range, one general manager told The Vertical in Chicago. What this class lacks in star power it more than makes up for with depth.
The pool of high-level basketball talent has been getting deeper and deeper for years now, not just in the United States but also internationally. Over a quarter of the players currently projected to be drafted are international prospects. A shortage of roster spots in the NBA may cause some of that talent to overflow and spill over next year into the NBA Development League. There will be many good players going undrafted as well, some of whom will end up making the NBA (60 undrafted players are currently on NBA rosters).

Want to See First Round Talent? Come to Our Pro Day

The level of play at this year's combine seemed to be significantly higher than last year, in no small part because of the new rules regarding underclassmen testing the waters. But of the 37 players who competed in five-on-five, only a handful will end up being drafted at the end of the first round.
In the past, lottery-caliber prospects would at least participate in shooting, ball-handling and light transition drills. There was also occasional one-on-one or two-on-games in which some of the more highly regarded prospects actually broke a sweat. That seemed to have been scrapped altogether this year, with five-on-five taking center court.
The days of the group workouts in which all 30 NBA teams would pool their resources to conduct workouts for 44 players in a 24-hour period  the Brooklyn Nets' combine or L.A. Clippers' combine, for example  are over as well.

Instead, agents are telling NBA teams that their best chance of seeing first round caliber client prospects on the basketball court (outside of private workouts) is at the time, place and setting they dictate to them.

Over the next three weeks, almost every major agency will be conducting pro days in New York, Los Angeles, Sarasota, Fla., Chicago and Las Vegas. All 30 teams will travel to these different settings to watch agencies put their players through very light workouts designed to highlight their clients' strengths and hide their weaknesses. NBA executives will be there because they don't want to miss out. But will they actually learn anything?

Because of how little separation there is between the various groups of prospects this year, expect this to be an especially wild draft night in terms of players falling or rising relative from where they are projected. There is very little consensus among teams about which players are best, especially once you get outside of the top 15 prospects or so.
What's especially difficult is that many players who are described by some NBA teams as not being serious prospects at all are viewed as being the exact opposite by other franchises. You can ask 30 different teams about the same player and get thirty different opinions, with wildly different draft ranges. The adage of, It only takes one team to like you, means we could see some major surprises on draft night.

The combine didn't do much to clarify things either. Twenty-six players who were present in Chicago did not participate in any five-on-five action. That doesn't include Simmons,Domantas Sabonis and Dejounte Murray, who declined invites and are currently projected as first-rounders (although Murray could slip). The total also doesn't include as many as 10 European players who are projected in DraftExpress' top 37 picks but couldn't be at the combine because their teams' seasons are still in progress.
It stands to reason that at least a handful of those who played five-on-five action  such as Cheick Diallo, DeAndre Bembry, Patrick McCaw, Ben Bentil, Malcolm Brogdon and Robert Carter  appeared to move into the first round based on their play, but the numbers simply don't add up. With so many first-round prospects, there will be some very disappointed agents and players on draft night.

There is significant tug of war ongoing between agents and NBA teams on how information is shared.

NBA teams seem to have become more and more leery of dispersing their intellectual scouting property and providing real feedback and assessments of players, while other teams appear to be just outright lying.

Many teams have taken the approach of simply telling every player (and their agent) that they like, or even love them, to the point that many prospects have developed an incredibly unrealistic sense of where they actually stand.

Multiple NBA executives told The Vertical that they simply have no choice because dispersing real feedback will ultimately come back to haunt them. What is the benefit of being honest and realistic about a player's chances, when all an agent will do is hold that against you down the line? a source said.

On the other hand, agents are increasingly taking a hardline stance in their negotiations with teams, refusing to send their players for workouts or even interviews in order to not concede anything regarding what they feel is their client's draft range. Instead, they are relying on teams coming to their pro days.

One agent told The Vertical that's generally his strategy. If my client goes to work out for a team that is picking outside where he's generally projected, other teams view that as a weakness, like his stock is falling, he said. Either way, most of these teams end up picking a player they never worked out regardless, so what exactly is the point?

Some NBA executives also complained that many of the prospects now are too robotic in the interview process after being prepared by professionals. This may have been the most coached-up bunch of guys I've ever seen this year, said one executive who was present for every interview session his team held. We didn't get that much out of the interviews this year.
Read Next...