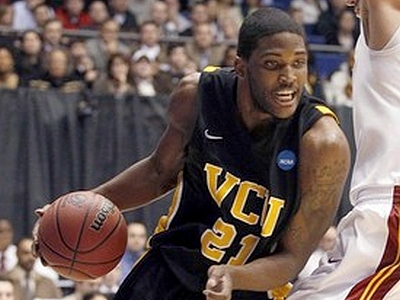 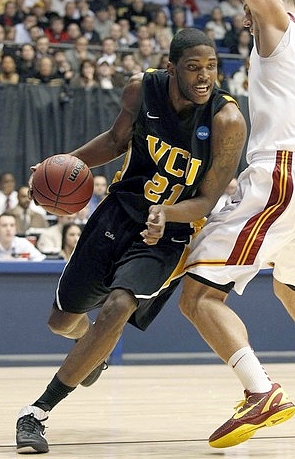 Jamie Skeen has had an interesting journey leading up to his emergence as the anchor behind VCU's surprise NCAA Tournament Sweet 16 run.

A highly regarded recruit in the class of 2006, ranked above the likes of Hasheem Thabeet, Luke Harangody, and Greivis Vasquez, he tore his right meniscus as a high school senior, but recovered and made the ACC All-Freshman team at Wake Forest.

That summer, his coach and mentor Skip Prosser tragically died, while recurring knee trouble hampered his sophomore season. Early in his junior year, Skeen was suspended for violating Wake Forest's academic policy (reportedly for cheating), and despite the support of his coaching staff and school to apply for reinstatement; he transferred to VCU.

Despite his turbulent career, however, Skeen maintains an excellent reputation as a teammate and as a coachable player, which makes his development and performance as a senior particularly intriguing to scouts considering his pedigree.

Skeen has solid size for a post player at 6'9, to go along with a strong frame and excellent length. His athleticism is underwhelming, however, evident in his average explosiveness and the awkward way in which he runs the floor.

Although he may have regressed athletically, he has improved considerably on the offensive end from his Wake Forest years, transitioning from a freshman spot-up shooting specialist to a rugged inside-outside threat as a senior. Skeen averages just under 20 points per 40 minutes pace adjusted while making 56.1% of his shots inside of the arc and 38.9% of his three-point attempts. Skeen has regained his excellent shooting touch from the perimeter, where he has NBA range and smooth, albeit unorthodox mechanics.

Though he continues to show flashes of a face-up game, he is most effective in the post, where he has evolved into a gritty finisher. While his footwork and touch around the basket are much improved, his post arsenal remains limited and predictable as he lacks much in the way of countermoves. He is best when executing a simple spin move into a jump hook over his left shoulder, where he can create space using his bulk and finish with his soft touch. He must work on improving his off hand, as his effectiveness as a post-scorer finisher is limited at the next level.

As has been the case throughout his career, Skeen is just an average rebounder, lacking the fundamentals and explosiveness to stand out at this level. His somewhat pedestrian production in this area is a bit disappointing considering the level of play he competed at in the Colonial conference this season, and is something that scouts could nitpick when evaluating him.

Skeen is oftentimes at a disadvantage on the defensive end due to his average size and lateral quickness. Though he struggles to stay in front of his man away from the basket, he is an effective post defender at the collegiate level. He does just an adequate job of denying his man in the post, but he when he drops into his stance and digs in, he can really disrupt dominant post scorers such as Purdue's JaJuan Johnson and James Madison's Denzel Bowles. Coupled with his wingspan, his strength, smarts and intensity allow him to remain a factor despite his average athleticismand is something he can likely continue to improve on down the road.

NBA scouts have surely taken notice of his unlikely evolution this March from journeyman role player into an offensive threat against some of the nation's best teams. While Skeen does not really stand out in any one area at the moment as a pro prospect, his size, length, frame, versatility, basketball IQ and skill-level will definitely draw him some looks this spring during the pre-draft processas he has all the makings of a solid rotation player, in the mold of Dante Cunningham. If he is unable to endear himself to teams during the Portsmouth Invitational Tournament and in private workouts, then he has an excellent skill set for European basketball and the potential to put together a successful professional career.
Read full article