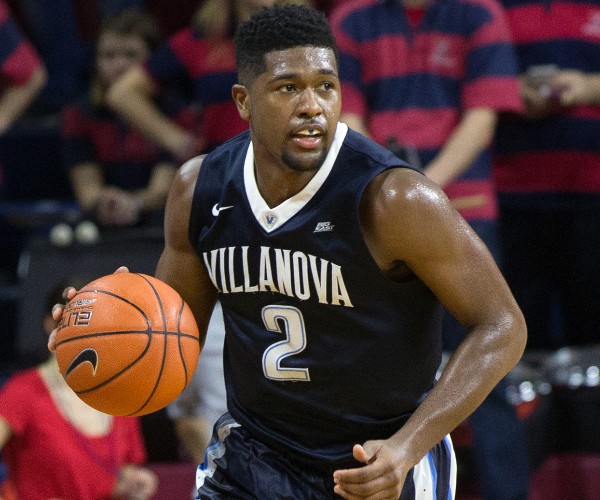 After hitting a now legendary buzzer beater to lead Villanova to its first national championship since 1985, Kris Jenkins no longer has to worry about name recognition going into his senior season. Even before he made the shot, Jenkins had taken a big step forward as a junior, breaking out to provide Villanova with perimeter shooting during its impressive 2015-2016 campaign. Now that Ryan Arcidiacono and Daniel Ochefu have graduated, Jenkins will play an even more important role in Villanova's repeat hopes and will do so with more attention from fans and opposing defenses alike. Scouts will be watching, too, as the senior forward tries to prove that he has the potential to play in the NBA.

At first glance, Jenkins  also known as Big Smoove  has an unorthodox physical profile for an NBA prospect. For one, Jenkins is a 6'6 combo forward with average length and a stocky 240-pound frame. Jenkins is a below average athlete,as well not particularly quick or explosive, despite displaying quite a bit of savvy at times to overcome these limitations. 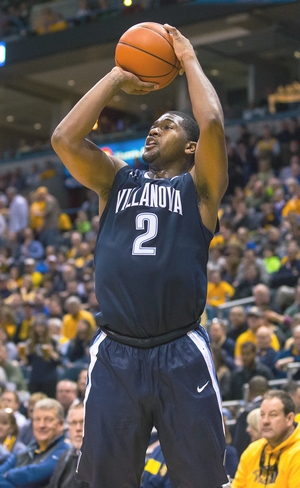 While Jenkins may not look the part of an NBA player, he has developed into a prolific collegiate scorer, scoring 19.8 points per 40 minutes pace adjusted after seeing his possessions more than double as a junior.

It is safe to say that Jenkins is a bit one-dimensional at this point in time, as 76% of his overall shot attempts are jump shots and close to 90% of these looks come from beyond the arc. He attempted 9.4 three-point field goals per 40 minutes pace adjusted and made an excellent 38.6% of his attempts, showing that he is very adept at that extremely important dimension he excels at. He proved to be equally competent shooting with his feet set and off of the dribble, and displayed range from well beyond the three-point line.

His mechanics varied according to the situation, but he displayed a high release point and a fluid shooting motion, albeit without much elevation, when he had time to set his feet. He made an impressive 50.7% of his open looks, which should translate nicely to the next level. He also shows potential from mid-range (19/35 as a junior), looking comfortable pulling up after a few dribbles, which is handy when he gets run off the 3-point line. His mechanics were less consistent when he was guarded, which accounted for a majority of his catch-and-shoot attempts at 33.1% FG%. Jenkins is a prolific shooter, not shy about launching shots from all over the floor, but also quite streaky and could stand to improve his shot selection as a senior.

Improving his ball-handling ability would open up his offensive game as well, particularly given his below average first step and lack of explosiveness. As a junior, he was right hand dominant and looked most capable executing straight line drives while proving to be an efficient finisher with either hand at the basket. While he is not a particularly creative dribbler, he compensates somewhat by using his body to create space for a layup or to spin and back down his man into the post. He also looked solid operating out of pick-and-roll sets, putting his court vision and scoring instincts to good use, albeit on limited attempts. While his sub-par athleticism may limit his upside at the next level, his versatile skill set, court vision, and strength present a mismatch for collegiate defenders that he should look to exploit more often as a senior.

Jenkins guards perimeter and post players in Villanova's small ball lineup, and will likely continue to do so as a senior. Unfortunately, his subpar physical profile makes it difficult to project him defensively at the next level at either forward position. He struggles to stay in front of quicker wings due to his below average lateral quickness, and lacks the length to disrupt passing lanes. Furthermore, he is likely neither strong nor long enough to make a consistent impact in the NBA post. Despite his physical limitations, he is a consistently engaged defender with solid fundamentals and rarely quit on plays, ultimately playing a key role on one of NCAA's top defensive teams.

Thus, despite solidifying his place in college basketball history, Kris Jenkins enters his senior year without much clarity as to his NBA prospects. After all, Jenkins will be a 23-year-old tweener without ideal length or athleticism who will likely struggle to keep up on the defensive end of the floor in the NBA. Whether his versatile offensive repertoire, court vision, and basketball IQ are enough to compensate remain to be seen. While he appears to have an uphill journey to the NBA, skill-full, intelligent players in his mold are having increasing success finding their way into an NBA rotation. What is clear, however, is that Jenkins will play a vital role in a dynamic Villanova offense and should have myriad attempts to make his case as a prospect in front of NBA scouts.
Read full article

Mike Schmitz
@Mike_Schmitz
Short video breakdown showing why Kris Jenkins was able to get a fairly clean on his game-winning buzzer beater versus North Carolina to win the NCAA Championship.