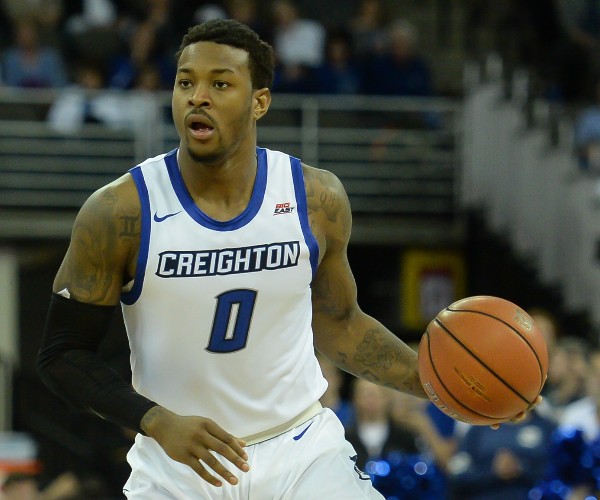 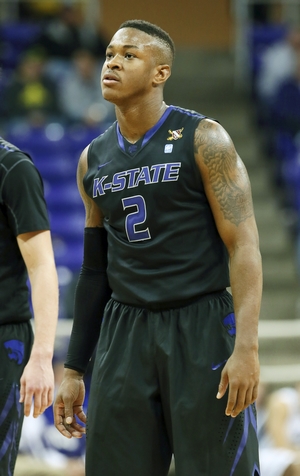 Despite being ranked as just the 219th best player in the high school class of 2013, Kansas State's Marcus Foster had a tremendous freshman season, leading the Wildcats in scoring and helping them to a berth in the NCAA Tournament. One of the true unexpected stars of the Big XII a year ago, Foster emerged out of relative obscurity as an intriguing NBA prospect.

Standing 6'2.5 in shoes with a 6'5 wingspan and a strong 213-pound frame, Foster lacks great size for a shooting guard, but has a fluidity and explosiveness to his game that make him difficult to stop in the open floor and which allow him to create space prolifically off the bounce in the half court.

It remains to be seen if Foster can develop his passing ability enough as a point guard to quiet any concerns about his size at the shooting guard position, but as it stands, Foster is already a menace on the pick and roll, which is a great start. His quickness, strength and ball-handling ability make him difficult to keep out of the paint, especially when teams make the mistake of switching a big onto him, and Foster made 45.9% of his pull-up jump shots a year ago according to Synergy Sports Technology, one of the highest marks among volume scorers in the country.

An aggressive, decisive scorer with a quick trigger from beyond the arc, Foster also connected on a solid 38.5% of his no dribble jump shots in spot-up situations, turned the ball over on just 13.6% of his possessions, and finished well when he got to the rim in transition. The main weakness in Foster's offensive game at the moment is his ability to finish when he doesn't get a clean look around the rim. From time to time, his shot selection can also be a concern, but his terrific shooting percentages from the outside offset that a year ago.

Dishing out 3.5 assists per-40 minutes pace-adjusted, averaging an assist on just 18% of his possessions (which ranks last among the 12 returning collegiate point guards in our Top-100 prospect rankings), Foster was not looking to distribute with the ball in his hands as a freshman. He maintained an assist-to-turnover ratio above 1.0 for much of the year, but he is not an instinctual playmaker when he puts the ball on the floor, and the amount of time he spent running of off-ball picks didn't help his cause either. Scouts will be paying close attention to what Foster can show as a passer this season, as it's difficult to see him operating as a full-time point guard in the NBA unless he makes strides in this area.

Unlike most prolific young scorers, Foster was very solid at times defensively as a freshman. Playing with terrific intensity and a good understanding of where he needed to be playing off the ball, Foster fit seamlessly into one of the country's top defensive units. His size is certainly a limitation in projecting him as a defender at the next level, and he doesn't create many turnovers, but he was impressive on this end of the floor while carrying a heavy scoring load for stretches last season.

Looking forward, it will be Foster's ability to continue growing as a playmaker in the coming seasons that will determine just how high he can propel his draft stock. He's likely to rank among the Big XII's very best scorers this year, and is a prospect worth watching as the season progresses.
Read full article