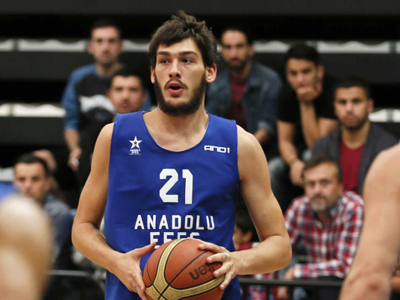 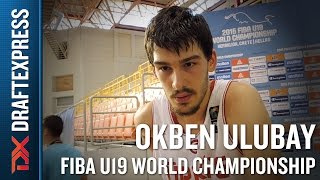 Strengths:
-Great size for a shooting guard at 6-7.
-Extremely versatile player who can do a little bit of everything on both ends of the floor
-Brings ball up the floor and initiates the offense at times
-Can play some pick and roll
-Gets to the free throw line at a high rate
-Creative passer. Finds open man in different situations
-Can post up a bit. Shoots a lot of turnaround jumpers
-Outstanding defender when motivated. Gets in a stance, moves feet. Can guard multiple positions
-Good instincts getting in passing lanes.
-Can make an occasional outside shot. Jumper not totally broken

Weaknesses:
-Not an efficient offensive player. 45% TS% at the U19s. Has been an issue his whole career
-Lacks consistency as a shooter. Shoots a very flat jumper. Contorts body. Needs to improve the arch on his shot and improve his lower body mechanics
-Struggles to finish around the basket. Made just 42% of 2-point attempts at U19s. Shies away from contact. Doesn't use off hand.
-Doesn't play with any real intensity. Often looks like he's just going through the motions, on both ends of the floor

Outlook: Staple of the Turkish national junior teams since the age of 15. Fifth summer in a row playing for the national team despite only being 19. Saw a handful of minutes this season in the Turkish league and Euroleague for Anadolu Efes, but mostly played for their second division team (Pertevniyal), where he was up and down. Extremely talented, but gives off a vibe as being somewhat of an underachiever. Lacks intensity and consistency. Has a definite chance to be a NBA player if he can maximize his potential defensively and become a consistent outside shooter.
Read full article

Strengths:
-Big, versatile guard
-Can handle the ball, likes to bring the ball up the floor, facilitate
-Smart passer
-Good first step
-Can create own shot in the half-court
-Can post up a bit
-Good defender when he wants to be.
-Gets in a low stance, can guard multiple positions
-Nice length
-Gets in the passing lanes
-Likes to shoot lefty pull-up jumpers

Outlook: Early-bloomer who has played at the U16 European Championship already as a 14-year old (when he was playing with a reportedly fake passport that listed him as being a year younger). Do-it all type guard with really nice versatility and a strong feel for the game. Doesn't always play with the same intensity level.
Read full article