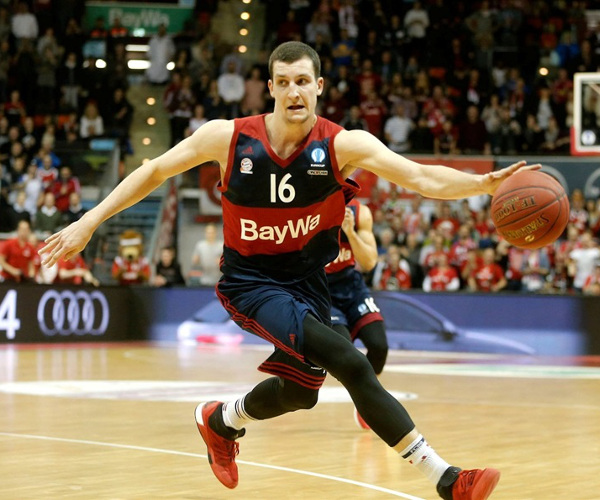 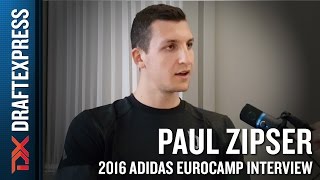 Mike Schmitz
@Mike_Schmitz
NBA scouts and executives want to see prospects who are projected to be drafted separate themselves from their peers in settings such as the EuroCamp. This is exactly what Paul Zipser did the moment he stepped on the floor in Treviso. That started at 9am in the morning drills, when only the most industrious scouts were in attendance to watch the players go through their paces. And it continued all morning long on the two different courts he was asked to play on. 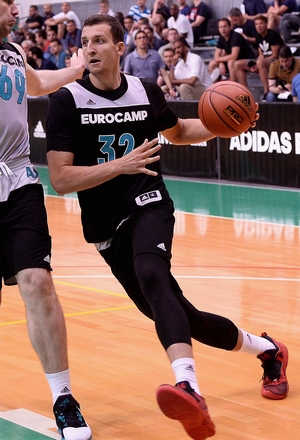 Zipser is one of the most experienced players in this group, having seen significant minutes in the Euroleague, EuroCup, German BBL and with his national team last summer alongside Dirk Nowitzki. That was immediately evident with the confidence, poise and aggressiveness he showed in the five on five games he participated in.

Zipser attacked the paint relentlessly off the dribble both off closeouts and isolation situations, showing an excellent first step and the ability to finish explosively above the rim. On the perimeter, he knocked down numerous open 3-point shots, mainly of the catch and shoot variety, but also showed the ability to hit a pull-up jumper in the mid-range area, which isn't normally a major strength of his game. Defensively, he guarded multiple positions in his no-nonense fashion, mostly operating at the power forward position, using his strong frame, but showing nice versatility switching onto players big and small all over the floor.

Zipser made a strong case for himself to be considered the best prospect at this camp, and is at the very least the most "ready" to play the role he would be asked to in the NBA, as a 3'n'D combo forward. He looked excellent from a physical perspective, with good size, long arms, big hands and a strong body, which should allow him to play the power forward position without any real issues. His stroke is reliable when given time and space, and he is a versatile defender who is attentive and fundamentally sound.

Young prospects on the deepest and most ambitious clubs in Europe can get "out of sight, out of mind" quickly sometimes in the NBA Draft process, as scouts aren't always able to see exactly what they can offer in limited minutes.

For that reason, Zipser couldn't have done much more to help himself in Treviso, in a five on five setting no less, which is why the Camp Directors quickly elected to cancel the afternoon one on zero workout he had scheduled. He should be a very popular candidate to get workouts in the late first and early second round portion of the draft, and should certainly get strong consideration in that range if he's able to deliver there in similar fashion to what he did in Treviso. After a strong showing in Italy, Zipser now moves on to the US, where he has a number of private workouts already lined up.
Read full article

DraftExpress
@DraftExpress
Paul Zipser is one of the more interesting players slated to attend this year's camp regardless of age. A 6'8 combo forward with outstanding role-player potential and two years of experience against top competition under his belt, Zipser was unable to attend workouts with any NBA team after he declared for the draft last year, as Bayern played all the way until June 21st in the BBL playoffs. Missing a considerable amount of action as injuries plagued the early part of his career, the EuroCamp presents a tremendous opportunity for Zipser to make a splash in front of NBA decision-makers he hadn't gotten the chance to in the past at the FIBA youth level.

Zipser's skill-level as a ball-handler, shooter and passer will be scrutinized closely, as few question his physical tools or his ability to defend multiple positions. He shot an outstanding 42% for 3 this year, and 55% for 2, but some question marks remain about his ability to create his own shot, make off the dribble jumpers, and make good decisions playing the small forward position full time (as opposed to the stretch-4 spot he mostly occupied this year). If he's able to show he has more potential in this area than he was able to demonstrate on a stacked Euroleague team (where he averaged just 18 minutes per game with a low-usage role), Zipser might creep back into first round discussions.
Read full article

Jonathan Givony
@DraftExpress
DraftExpress sat down with German forward Paul Zipser to discuss a variety of topics from his style of play to his plans for the 2016 NBA Draft.

More from Zipser on the Vertical, including an article on his strengths, weaknesses, and projections for the 2016 NBA Draft.