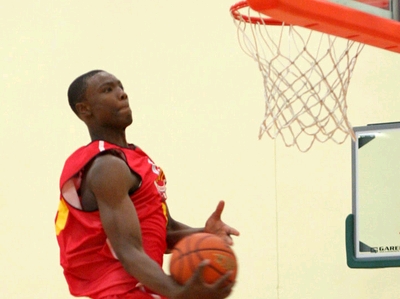 While Judge still has some apparent gaps and weaknesses in his game, he's a fantastic athlete and plays with energy two things that make him intriguing from a long-term NBA perspective. With a few more years to hone his game and become more well-rounded offensively, he is a player we'll inevitably evaluate again down the road.
Read full article

Joseph Treutlein
@DraftExpress
-Wally Judge was one of the revelations of the week, as few prospects here could match his combination of athleticism, versatility and upside. Judge is a 6-8 power forward with tremendous quickness and leaping ability, as he showed on a number of occasions with some incredibly explosive dunks. He has the ability to both make shots from the perimeter and create from the outside, but needs to work considerably on his skill-level, as he tends to be fairly mistake/turnover prone when trying to do too much from the outside. Defensively, he lacks the strength to keep his matchup out of the lane and did not show much if any intensity level of this end of the floor throughout the week. His fundamentals seem a bit average and his approach to the game and overall feel is generally inconsistent. Still, its hard not to get excited about his talent, and its likely that he makes quite an impact as a freshman at K-State.
Read full article