Filling in the blanks: Rodney Stuckey 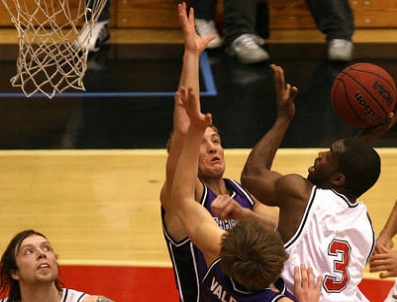 Jonathan Givony
@DraftExpress
Emptying out our scouting notebook, we begin a short series examining a number of underclassmen that played for smaller, non-NCAA tournament teams who did not receive the same exposure that other players in this draft did. Rodney Stuckey, a 2-star college recruit according to Scout.com, was forced to play at Eastern Washington due to only partially qualifying out of high school, but he now finds himself in a position to get drafted in the top-20, despite playing for an average team in the low-major Big Sky Conference. 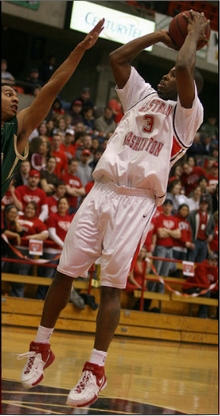 In a copycat league such as the NBA, scouts and executives are always looking for the next great talent that happens to remind them of some other teams biggest star. In this case, weve seen a few quotes this year already comparing Rodney Stuckey to the Miami Heats Dwyane Wade. But is that really a fair comparison?

Physically, there are certainly some similarities. Standing a hair under 6-4 without shoes, with a great frame, a 6-7 wingspan, and solid athletic ability, Stuckey passes the eye test and then some. He is strong and quick, with a powerful first step, and has great body control putting the ball on the floor and making his way to the rack.

In terms of his style of play, Stuckey reminds of Wade to a certain extent as well, although he is obviously nowhere near as naturally talented. He has very nice ball-handling skills with either hand, being the main facilitator of his teams offense, and likes to push the ball up the floor in transition. His footwork is outstanding, and hes able to draw plenty of fouls through the work he does from the triple-threat position, either getting his man to bite on a pump-fake or going to the basket after utilizing a big time crossover and stopping on a dime from mid-range. Stuckey can also go into the post a bit to punish smaller, weaker matchups, showing really nice toughness in the process. His bread and butter, though, by far, lies in his mid-range game.

Stuckey doesnt have great shooting mechanics (he has a slight hitch in his jump-shot, which leads to an inconsistent release point), but he does have great scoring instincts and a quick release, which often allow him to just throw the ball in the hoop. He has a full array of jabs, changes of speeds and hesitation moves he uses to keep his man off balance, and hes absolutely terrific at stopping abruptly and using his strength to create excellent separation from his defender. Once he gets to the basket, or tempts his man into biting for a pump-fake, hes excellent at finishing with contact thanks to his developed body. Stuckey is a quick player with really nice body control, but hes not on the same level (or even close) as a Dwyane Wade for example in terms of his explosiveness or creativity finishing around the basket. 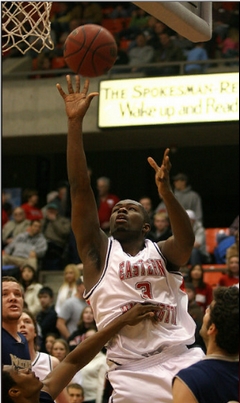 While hes no Steve Nash, Stuckey is not as bad a shooter as his percentages might indicate (27% 3P as a sophomore, 37% as a freshman)its his shot-selection that really hurt him more than anything. The fact that he was forced to dominate the ball so much playing alongside considerably less talented teammates than him (and thats probably being generous) also contributed to those numbers. The 85% he shot from the free throw line tells the story pretty well here in terms of his touch from mid-range. That becomes even more impressive when you consider that he got to the line nearly 9 times per game this past season. Make no mistake, though, Stuckey has a ways to go and plenty of hard work in front of him before he can legitimately expect to expand his range to the NBA 3-point line. In fact, the success he finds in the NBA will likely ultimately depend heavily on that.

Stuckey is more than just a pure scorer, though, hes also pretty good at creating for others too. His court vision is very solid, particularly threading the needle to cutters from the perimeter, driving and dishing in traffic, or finding open teammates in transition. Despite the 17+ shots he took per game, he doesnt come off as a selfish player when watching him on tape, even when Eastern Washington played against much more talented opponents like Washington or Gonzaga and he was forced to shoulder a considerable amount of the scoring load. He did average 5.5 assists per game on the season after all.

That doesnt mean that Stuckey is necessarily ready to be a point guard either, though. For one, his decision making skills can be really poor at times, forcing up ill-advised shots early in the shot-clock, lowering his shoulder and driving into a brick wall, or trying to make high degree of difficulty passes in half-court sets, leading to unnecessary turnovers. As you can probably surmise by the fact that he wasnt even able to lead his team to their conference tournament in the very weak Big Sky (the team went just 15-14 on the season), he still lacks a considerable amount of polish and experience. 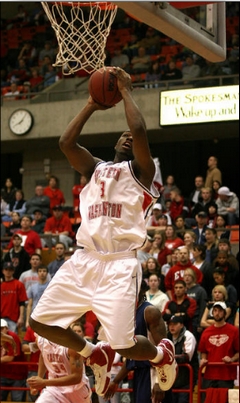 If there was ever a time for a player like Stuckey to be in demand, though, its now. Combo guards in his mold (Randy Foye, Flip Murray, Bobby Jackson) are making a great living on almost every team around the leagueand he fits that mold almost to a T. NBA coaches love having a player they can throw in the game off the bench when things get stagnant offensively, and being able to guard two positions is certainly a plus.

Defensively, Stuckey is tough and pretty strong, able to get into the passing lanes and not being afraid to stick his nose in at times and take a charge. He mainly relies on his physical tools and activity level, though, not being the most aware guy in the world as far as defensive rotations or always staying in front of his man goes. He does have good potential here, though, if hes willing to put in the time and effort. Thats going to be a key factor in whether he develops into a solid rotation player, or even much more than that. He certainly has the potential to do so, but its not going to come right away.

Stuckey is reportedly drawing heavy interest from the Detroit Pistons at #15. He could get drafted as high as 11 (Atlanta), and probably doesnt fall past Philadelphia at 21.
Read Next...