Official: Dragan Bender Will Not Play at the U19 World Championship 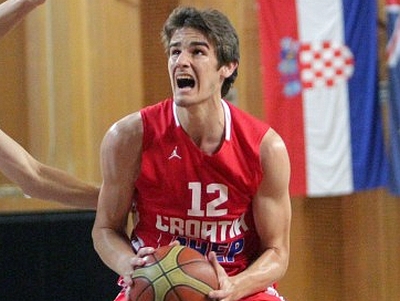 David Hein of FIBA.com confirms that Dragan Bender will not play at the U19 World Championship. From FIBA's story:

"Vladimr Vanjak, Croatia's head of delegation at the tournament in Heraklion (Crete), Greece, confirmed to FIBA.com that Bender will be leaving Greece on Sunday.

He said: "The fact is that Bender denied [refused] to play in the Jordan Brand shoes but our Federation has a contract with Jordan and everybody has to play in Jordan Brand. He denied to do that but he didn't say anything before coming here. That's the problem. I talked with my Secretary General and other people who made the decision because we have a very serious contract with Jordan. If he cannot play in Jordan Brand, he cannot play. That's it."Original Story from June 26

Surprising development in Croatia, as potential Top-5 draft pick in 2016, Dragan Bender, is unlikely to play at the U19 World Championship in Crete, which starts this weekend.

According to Bender's agent, Maurizio Balducci, the Croatian Basketball Federation has told Bender that he will be unable to represent his country if he refuses to wear Jordan Brand sneakers while he is on the court. Bender has signed an exclusive deal with Adidas, which bars him from doing so under the terms of the contract.

They said to me, if Dragan doesn't use Jordan Brand shoes, he can't play, Bender's agent wrote to us today. We are very sad. He wanted to defend the colors of his country, but it looks like commercial reasons are above sport reasons. I am so sad for all his teammates his coach. They did a great job during the past three weeks (preparing for the tournament). 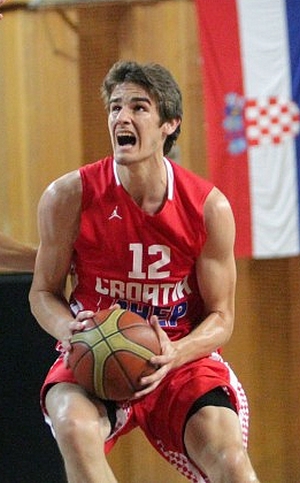 Croatia is considered the main contenders to win gold at the U19 Championship, along with the defending champions, USA, who are led by Arizona head coach Sean Miller and a number of highly touted high school players such as Harry Giles, Jayson Tatum and Josh Jackson. Croatia is scheduled to play the US on Sunday in the group stage. Bender had spent most of the month of June training with the U19 team in preparation for the tournament, including playing multiple exhibition games over the past few weeks, where he wore Adidas shoes, which he's trained in exclusively the last few years.

Bender entered into his relationship with Adidas in September of 2013, about a year prior to Nike and Jordan Brand signing an exclusive 11 year deal with the Croatian national team (at every level, including all men and women's teams), as detailed by David Hein at the time.

Zeljko Draksic, the Croatian Basketball Federation HKS secretary general, told Hein at the time that all our young playerswill be under control of the Nike or Jordan brand. All of our coaches who would like to study or be in the United States or learn or something like that, everything will be under control of the Jordan Brand. If they are under our federations, they must be in this way for the Jordan Brand.

Bender is coming off a very strong showing at the Adidas EuroCamp in Treviso earlier this month, which was attended by over a hundred NBA executives, cementing his status as a lottery caliber prospect. The 7-footer has a terrific skill-level for a player his size, with great versatility on both ends of the floor. He will play for Maccabi Tel Aviv's senior team this upcoming season, which will include an exhibition game against Armani Milan at Madison Square Garden in New York City on October 4th.
Read Next...