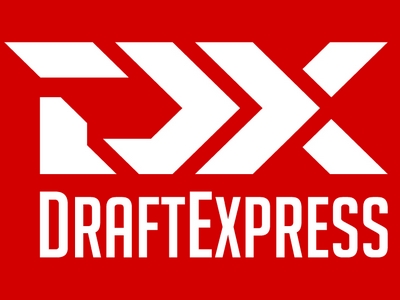 DraftExpress
@DraftExpress
Thanks for following the 2016 NBA draft with us, both here on DraftExpress and at the Vertical with Woj and his outstanding crew. It was a wild and unpredictable night. We had a lot of fun covering it.

The process of evaluating the 2017 NBA draft has already started, and has been ongoing for some time now. Many of the players drafted there will be prospects we've been watching for four or five years already. Some new names will pop up that aren't even in our database yet. Some of them will be drafted in next year's lottery. That's what makes this fun.

We'll be taking a couple of days off and then moving full steam ahead with our 2017 coverage. First up is the U17 World Championship in Zaragoza, and the Under Armour Steph Curry Select Camp in the Bay Area. We'll provide detailed coverage from both.

After that we'll converge on the Las Vegas Summer League the second week of July, to watch the 2016 draft class take its first steps as NBA players.

At the end of July, we'll head to Los Angeles to attend the Nike Skills Academy and adidas Nations Camps, where many of the best high school prospects in America will work out in front of college coaches and NBA scouts, alongside numerous college players who will be drafted in 2017.

From Los Angeles, it's straight to Samsun, Turkey for the U18 European Championships, which proved to be one of the most valuable events we attended anywhere on the planet last year.

For the first time ever, we'll also be watching the U16 European Championships (both Divisions A and B, in Poland and Bulgaria), which will enable us to get an early read on some of the most promising young prospects who will undoubtedly be drafted down the road. Some of them will make a detour in the US to play college basketball first.

We got a solid read on the cream of the crop of the US high school basketball crop a few weeks ago in Colorado Springs, as we got to attend the training camps for USA Basketball's U17 and U18 national teams, which put a huge group of elite prospects right in front of us in a highly competitive setting. That supplemented visits to the Nike EYBL and Under Armour Association circuits, as well as the Adidas EuroCamp.

We're looking at the NBA's Basketball Without Borders Event in Finland, and will surely be attending the Under Armor Elite 24, which will be held once again in New York City in late August.

Throughout September and October we will publish our annual look at the top returning college prospects in each of the major conferences as well as the non-BCS conference standouts, beginning the process of populating our database with 100+ scouting reports which will form the framework of our 2017 draft coverage.

USA Basketball is also conducting a Developmental National Team Mini-Camp in October, which will bring together prospects for the next Nike Hoop Summit and the U16/U19 National teams that will compete in the FIBA World and FIBA Americas Championships next summer.

Make sure you're following us on twitter as a good part of our coverage this summer will be on there. We'll be tracking the Olympics (and Olympic qualifiers) in Brazil closely, as well as the various AAU events, the FIBA Americas U18 Championship in Chile, the FIBA U18 Afrobasket in Rwanda, the U20 European Championship in Helsinki, and more.

Oh, and did we mention we're redesigning the website too?