Finding a Niche for Samardo Samuels 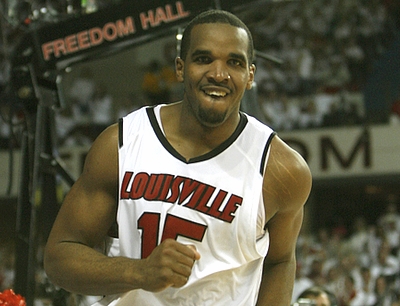 Kyle Nelson
@KNelsonDX
Samardo Samuels was a consensus top-five recruit when he stepped onto Louisville as a freshman, ahead of players like Tyreke Evans, Jrue Holiday, DeMar DeRozan, and Al-Farouq Aminu, according to some highly respect recruited services. After a solid, but unspectacular, freshman season and an improved sophomore campaign, Samuels shocked the Louisville coach staff and fan base when he elected to enter his name in the NBA Draft. 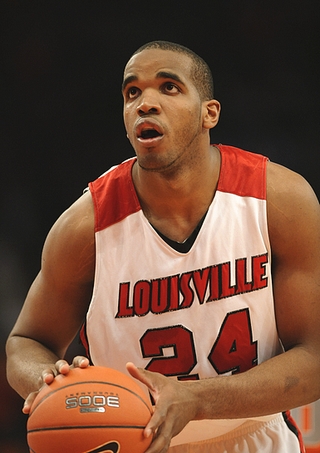 At 68, Samuels is undersized for the NBA post, though his strong frame, long arms and huge hands will certainly help him transition to the next level. He is not an exceptionally quick or fluid athlete, however, which combined with the fact that hes very much a below-the-rim player, does not help his cause. While losing weight could help his mobility, he could have problems translating his current style of play to the taller, longer and equally strong big men hell find in the NBA. That is, unless he adapts his game to being less strength-reliant and more finesse oriented.

On the offensive end, Samuels has improved since his first year, but still must continue to work on his all-around versatility. An overwhelming majority of his possessions occur in the post, where he does a good job of utilizing his strong frame to carve out position at the college level. He shows solid footwork, as well, and though his percentages dropped last season to 52% from the field, he has developed some reliable post-moves with his back-to-the-basket since he arrived at Louisville.

Samuels can establish position in the paint at will against most NCAA frontcourts, something Louisville head coach Rick Pitino went to early and often considering the severe lack of alternative options his team boasted this season. Samuels was quite successful in that endeavor for the most part, averaging nearly nine free throws per game per-40 pace adjusted, which ranks him 6th amongst all centers projected to be picked in this draft, and 3rd amongst power forwards.

Samuels played with below-average talent this season, without a real point guard alongside him, which likely put more pressure on him offensively than he was ready to shoulder. In the NBA hell likely be asked to create far less for himself with his back to the basket, which should encourage him to develop the other parts of his game.

According to Synergy Sports Technology, over 92% of his possessions in the half court offense occur around the basket and looking at tape, it is rare to see him venture outside of the post. His face-up game remains inconsistent and he is still hampered by mediocre ball handling abilities and his lack of ideal athleticism and mobility. He does not seem to know his limitations off of the dribble at this point and must reign in this area of his game as he transitions to a role player at the next level.

He must also improve as a screen-setter, where he showed more promise this season, but must continue to use his size to his advantage in pick-and-roll situations, an area he should be able to get more production out of than he currently does. He ranks as one of the top finishers around the basket in non-post up situations according to Synergy Sports Technology, but just did not have the type of personnel around him needed to create shots around the rim on a consistent basis at Louisville this season.

With that said, whether hes able to finish consistently around the basket against NBA frontcourts is very much a question mark, considering his below average explosiveness. He very well could have the scoring instincts needed to overcome that issue, though.

Samuels has not shown any real ability to make shots from the perimeter in his career thus far, which is something hell clearly need to do as an NBA power forward. He only made 4/22 jump-shots all season long, which is an inconclusive rate at best. He does shoot solid percentages from the foul line, though, at 71%. Interestingly enough, Samuels has impressed NBA teams weve spoken with in private workout settings with his ability to knock down jump-shots with range out to the college 3-point line, something we saw from him in flashes in high school, but he wasnt asked to do in the least bit at Louisville.

A part of his game that Samuels wont be able to hide from is his extremely poor rebounding figures.

At times criticized for his lack of energy and often laid back or even lethargic style of play, Samuels averaged a mediocre 5.1 defensive rebounds per 40 minutes pace adjusted, up from an even worse 3.7 as a freshman. Despite the improvement, his sophomore numbers rank him dead last amongst all power forwards and centers projected to be picked in this draft in that category. If Samuels will have any chance at sticking in the NBA, it will be as a role-player, which means he must improve significantly in this area.

Although quite average on the defensive end, Samuels work on the offensive glass is promising. His huge hands, long arms, terrific strength and wide frame allowed him to make a significant impact in this part of the game, and he put up much better figures in turn, playing for one of the best offensive rebounding teams in college basketball this season.

At this point, it is safe to conclude that Samuels will struggle defensively at the next level, at least initially until hes able to make the full conversion to playing the power forward position. Very small for a center at 6-8, he lacks the lateral quickness to defend the perimeter and doesnt have the type of size and athleticism to effectively guard most centers.

As we have written before, his length, strength and solid basketball IQ work in his favor, but he must continue to work on his focus, fundamentals, and energy on the defensive end. He should continue to improve in this area if hes willing to put the effort in and is given the opportunity to work through his mistakes as he gains more experience.

Samuels is difficult to project at the next level given his average physical profile and clear-cut tweener status. On one hand, undersized big men with far less talent have had some success in the NBA recently, but on the other hand, hes not exactly the type of super tough, hustling type that the likes of Paul Millsap and Carl Landry were.

Neither of those players were so incredibly highly regarded coming out of high school, though, ranked ahead of the likes of Greg Monroe, Al-Farouq Aminu, Ed Davis and many others who will be drafted far ahead of him in a couple of weeks.

History tells us that prospects ranked as top-five recruits very rarely end up completely falling on their face as NBA players. Did Samuels get a raw deal at Louisville, or was he just completely overrated coming out of high school? Being just 21 years old and without much of a body of work underneath his belt, thats very difficult to say with any type of certainty.

What we do know is that NBA teams are slowly coming around to Samuels draft prospects, to the point that his stock has risen in the past few weeks following some strong performances in private settings, particularly at the group workout in Minnesota where he did extremely well in front of a huge number of NBA scouts.

Samuels could be taken anywhere from the late first round to deep in the second at this stage, and only time will tell whether he ends up being a productive NBA player or a terrific undersized center overseas.
Read Next...