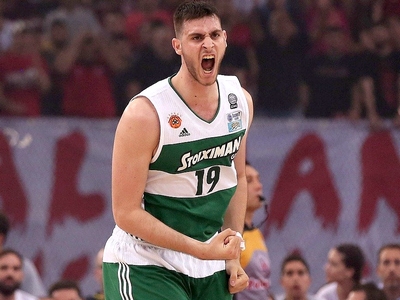 Even with his shortcomings defensively, Papagiannis is nonetheless a very intriguing center prospect. The NBA has moved away from jumbo centers in his mold, but there is unquestionably still a place for a player with his combination of size and coordination. Often knocked for his dicey motor and ability to stay engaged consistently over the years, the 18 year old showed marked improvement this season, and at just 18 years old, has plenty of upside, making him a very interesting draft and stash option.
Read Next...