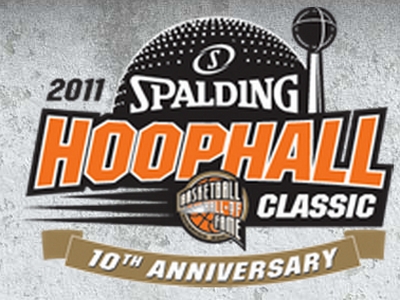 One of the most polished players seen at this event, Nick Johnson (#33 Scout, #40 Rivals, #23 ESPN) looked like the rare high school senior who could step into a college team's rotation immediately and not look out of place.

Undersized for a shooting guard at just 6-3, Johnson compensates with a strong frame and excellent athleticism, showing nice quickness and the ability to play above the rim in highlight reel fashion.

Offensively, Johnson is a fairly complete player, starting with his excellent shooting ability. He gets very nice elevation on his jump-shot, being capable of making shots both off the dribble and with his feet set. He's a very smart, savvy player who operates unselfishly on the court and is just as effective in transition as he is in the half-court, moving off the ball crisply and looking very willing to make the extra pass. Johnson still has room to improve on his shot-creating skills and ability to the pick and roll, but considering the work ethic he shows, that appears likely down the road.

Defensively, Johnson lacks great size or length, but makes up for any shortcomings he might have with the toughness he brings to the table. Often asked to guard players 3-4 inches taller than him seeing minutes at the small forward position for his high school team, Johnson held his ground admirably against the incredibly strong and athletic LeBryan Nash both inside the paint and on the perimeter, He showing a feistiness to his game that Arizona head coach Sean Miller will surely enjoy.

Johnson is virtually guaranteed to have an excellent career at the college level, but at 6-3, will have to continue to improve his playmaking ability and overall offensive polish to emerge as a NBA prospect.

This wasn't the best place to evaluate Georgetown commit Mikael Hopkins (#52 Scout, #79 Rivals, #41 ESPN), as his team was absolutely demolished by Bob Hurley's St. Anthony's squad, seemingly right out of the gate.

Offensively, he looks most comfortable playing in the high post, showing the ability to knock down mid-range jumpers and make smooth entry passes. The manner in which he operates looks similar to the way he'll be utilized as at Georgetown, and he indeed shows many of the characteristics we've come to expect from big men in that system.

The most concerning aspect surrounding Hopkins at the moment is the very nonchalant demeanor he shows on the court. He didn't show any type of assertiveness or emotion in the game we saw, allowing himself to get pushed around mercilessly in the paint on defense, and looking especially passive attacking the glass. He doesn't seem to have very much of a post-up game offensively, and does not appear to be a very high level athlete from what we can tell.

Players with Hopkins' size and skill-level are tough to come by, and considering his age, he still has plenty of time to improve on his weaknesses.

A player who's still finding his identity on the offensive end, Julian Royal (#58 Scout, #90 Rivals, #67 ESPN) has the potential to be effective as a strong, bruising power forward in the NCAA, but seems intent on a transition to the small forward position, something he doesn't appear to have the requisite skill level for yet.

Offensively, Royal spends a good deal of time playing on the perimeter, where he attempts a lot of spot-up shots from three-point range and tries to take his man off the dribble going in both directions. Unfortunately, he doesn't have much consistent success in any of these areas, showing somewhat of a foundation of skill in all areas, but not being polished enough to pull any of it off effectively.

On the other hand, Royal is a pretty strong force in the lane either operating with his back-to-the-basket or attacking the rim on cuts and offensive rebounds, having a very strong frame, soft hands, solid touch, and a decent array of simple but effective moves.

Defensively and in general, Royal doesn't show the most consistent motor, simply going through the motions at times, but he's capable of making impact plays on both ends and on the glass when he's throwing his body around.

Looking forward, Royal brings some nice skills to the table and has a strong body for the power forward position in the pros, but whether he embraces that role will have a large impact on his success. If he is intent on transition to the small forward, he still has a long ways to go, but there is a possibility he succeeds in doing so.

One of the most physically gifted wing players seen at this event, it's not difficult to tell what recruiting analysts like about Amir Garrett (#76 Scout, #51 Rivals, #63 ESPN) on first glance.

Left-handed, with an outstanding frame, long arms and excellent athleticism, Garrett has all the tools college coaches want to see from a wing prospect, even if he doesn't really have the skill-level or feel for the game to really take advantage of that at this stage.

Garrett is a fairly limited player offensively, showing average ball-handling skills and a jump-shot that seems to vary on every attempt. Strictly a straight-line dribbler, Garrett can only operate at one speed at the moment and has a tendency to shoot the ball on the way down. Once in a while he'll release a nice looking shot, showing he has potential in this area, but he lacks any type of real consistency at the moment with his offensive game.

Defensively, Garrett has strong potential, with his long arms and nice body, coupled with his excellent lateral quickness. When dialed in, he can be quite a handful for opposing players in man to man situations. His feel for the game is just average at the moment, though, and he tends to float on occasion too, looking a bit hot and cold in his effort level depending on the momentum of the game.

These are not rare qualities in such a young player, especially one who is still learning the game like Garrett, so we'll have to check back in a few years and see how he's coming along.

An undersized point guard for Bob Hurley's Saint Anthony squad, Myles Mack (#83 Scout, #119 Rivals, #85 ESPN) was perhaps the best pure shooter of anyone we saw at the Hoophall Classic, hitting a ridiculous 6-for-7 from three-point range and 11-for-14 overall on the way to 28 points in his team's win.

Boasting smooth and quick textbook shooting mechanics, Mack has extreme confidence in his shot and is capable of scoring both spotting up and pulling up. His range extends beyond the college three-point line and he has no problem shooting the ball on the move, exhibiting excellent balance on pull ups.

Attacking off the dribble, Mack has a solid step and pretty good quickness, showing a nice second gear in transition as well. He didn't do much with his dribble-drive in the game we saw, and didn't need to the way his shot was falling, but he appears to be able to penetrate decently well.

As for point guard skills, Mack appears to be more of a game manager than break down the defense shot creator, getting most of his assists through flow of the offense passes or simple drive-and-kicks, spending a good deal of his time off the ball.

Defensively, Mack plays the high-energy, focused style of team defense that's always expected from Hurley's players, keeping his hands up at all times off the ball, playing good prevent defense to keep his man from receiving passes, and making some solid steals by showing good anticipation. His size may pose some problems against more physical opponents at the next level, but the toughness is certainly there.

Looking forward, Mack will likely have to transition to playing more of a true point guard role in college, as he currently splits ball-handling duties with point forward teammate Kyle Anderson, allowing him to spend a lot of time off the ball. Whether he can still consistently get his shot off so easily against bigger, more athletic opponents in the NCAA will be very important for his success.

Showing the highest motor of perhaps anyone we saw this weekend, Pat Connaughton (#87 Scout, Unranked Rivals, #100 ESPN) is a gritty player who finds ways to get involved in a ton of plays on both ends of the court, bringing a non-stop hustle to the game to go along with an intriguing foundation of skills.

Built with a very strong frame and excellent length for his size, Connaughton is a tough player with deceptive athleticism, being more powerful than quick and needing some momentum to make use of his explosiveness.

On the offensive end, Connaughton plays somewhat of a pseudo-point guard role despite being his team's biggest player at 6-5. Bringing the ball up the floor and initiating and creating a lot of his team's offense, Connaughton has a solid, right-hand dominant handle, not showing much in terms of advanced moves but having good craftiness with the ball. He isn't one to consistently break his man down in isolation and appears better suited for playing as more of a slasher off the ball, something he has very little opportunity to do in his team's situation.

As a shooter, Connaughton has decent mechanics but a very flat trajectory, and hit just 2-for-13 from three-point range in his game here, though recruiting services suggest he's normally a much better shooter than that. The fact that he had to take so many shots off the dribble, with a hand in his faced, or even double teamed certainly didn't help matters either.

As a passer, Connaughton shows outstanding vision and decision-making, always keeping his head up and doing a good job in helping to spread the ball around the floor, and he should be a good passer from the wing at the college level.

Defensively is where Connaughton really shines, playing with an extremely high motor and excellent fundamentals while having a great nose for getting in the action. He uses his length to make a ton of plays off the ball, crashing passing lanes, attacking the glass, and even blocking some shots, showing no fear in getting involved in any play. On the ball he has great hands and a very good stance, playing tough isolation defense and doing a good job in prevent, keeping the ball away from his man.

Looking forward, Connaughton's size and lack of great athletic tools limit his long-term potential, and his erratic outside shooting will pose a problem if it persists, but his intangibles, motor, and basketball IQ could make him a very valuable rotation player in college.
Read Next...