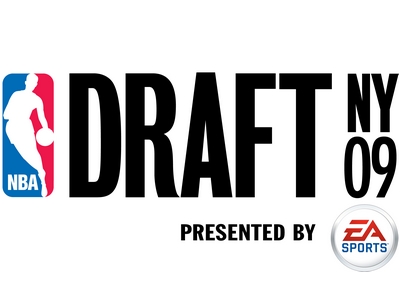 Jonathan Givony
@DraftExpress
Were here in Chicago spending a considerable amount of time talking with players, agents, scouts, executives and General Managers, trying to get a pulse of where things stand in this draft at the moment. This is what weve learned over the last few days here in terms of what is happening off the court.

For a review of what is happening ON the court at the combine, check out our Chicago coverage at NBA.com.

 Anyone Excited in Chicago?

With no competitive action to be found, most of the teams we talked to at the official networking point of the Combinethe Westin Hoteldont appear to be all that enthusiastic about what theyve learned here so far. Many are already calling for changes to be made next year. The NBAs competition committee held a meeting last night, and David Stern did not look all that enthused as we watched him exit the building.

I cant imagine that the NBA is going to allow this to happen again next year, one General Manager and Competition Committee member told us today. The agents are making a mockery of this process, and its making things increasingly difficult on us in terms of making decisions.

The top seven players in our mock draft were all either not in attendance (Ricky Rubio, Brandon Jennings) or declined to compete in the skill-portion of the workouts today.

Still, there were some who found a way to make do with the information that was presented to them.

Sacramento Kings Assistant GM Jason Levien seems to agree: This is a good opportunity to see guys in a different setting, outside of their college uniforms, and against guys at their positions. Its one means of measuring players against each other. From a skills perspective, you can look at their ball-handling, look at their shooting, evaluate their mechanics, and get a feel for them that way. Its a piece to the puzzle. You dont want to make it more than that. There is a danger that when it comes so close to the draft that you forget the body of work. This is an opportunity to see them in a different setting, and in that regard its important.

The last major prospect without an agent has made a decision regarding who will represent him in this draft. Memphis freshman Tyreke Evans has signed with Arn Tellem and Bob Myers of Wasserman Media Group, completing what has to be considered an impressive group of new clients for the powerhouse agency. WMG also signed Gerald Henderson, James Johnson and Wayne Ellington, as well as DaJuan Summers, Jon Brockman and K.C. Rivers.

The first decision made by Tellem and Bob Myers was to pull Tyreke Evans out of the competitive portion of the Chicago combine, putting him in the same situation as other top prospects such as Blake Griffin, Hasheem Thabeet, James Harden and Jordan Hill.

Evans and co. are all in Chicago, they are just being selective about what parts of the combine they decide to participate in. James Harden for example has elected not to conduct any interviews with teams drafting outside the top five, canceling a scheduled interview at the Westin Hotel with the Cleveland Cavaliers for example. He also reportedly will not be conducting any competitive workouts with anyone anywhere in the draft process. A source close to him tells us he feels very good about the possibility of being selected by Oklahoma City or Washington, and for right now is not planning on visiting the Minnesota Timberwolves.

Most teams weve spoken to in Chicago are indicating that they believe Oklahoma City is indeed leaning towards picking Harden. They also believe the Thunder are not enamored with Rubio at all, as they are committed to developing Russell Westbrook at his natural positionpoint guard.

 No Competitive Workouts for DeRozan

DeMar DeRozan will not be conducting any competitive workouts, his agent Aaron Goodwin tells us. The rumor mill indicated that he was only interested in going up against James Harden, except for in Toronto, where he was slated to face off with Gerald Henderson. Goodwin says that is not the case.

DeRozan is not working out with anyone. He isnt going up against Gerald Henderson or anyone else at this point. He may not even go to Toronto. He wont fall to 9.

It will be very interesting to see how things play out, particularly if players such as Jrue Holiday and Jonny Flynn continue to move up the board. On face value, teams like Washington, Minnesota, Golden State and New York dont have an immediate positional need for a player like DeRozan, but his upside could clearly sway the tide in his favor.

The feedback we received seemed to be lukewarm at best and very poor at worst. Majok is apparently trying to showcase himself as some type of small forward prospect, and the reaction in the gym was not very positive.

Majoks frame reportedly looked good, and he actually sports fairly nice shooting mechanics. The problem is that he looks like someone that has barely played any competitive basketball whatsoever in the last few years, which just happens to be exactly the case. Hes also not quite as athletic as you might think looking at him on first glance, as he appears to be more long than he is athletic.

Its going to be very tough for him to get drafted this year, the NBA executive opined. By the time hes ready to play, who knows where youll be. He needs to go back to UConn for at least another two years

Majoks advisors are apparently exploring the option for him to play overseas next year, according to reports weve gotten from teams in Europe.

-One player who really doesnt seem to have very much positive buzz these days is Ty Lawson. Injury prone one assistant GM calls him. A backup point guardhes 100% behind Jonny Flynn another NBA representative says. Hes a product of North Carolinas system a third told us. Lawson seems to be outside of the lottery at the moment, but still has a good chance to be picked by two teams looking for point guards in the late teens, Philadelphia (#17) and Atlanta (#19). Hell have to keep Eric Maynor at bay, though.

-James Johnson is being knocked by some teams for not being very impressive in their interview sessions, but others are wondering if those are the same franchises that appear to be most interested in him at this point. Were hearing that Phoenix at 14, Detroit at 15 and Chicago at 16 all like him quite a bit, and there are some question marks about whether there are smokescreens being placed in order to cause him to fall.

He was great in the interview we did with him. Seems like a really nice kid, one team that sat down with him here in Chicago said. Im not really sure where that stuff is coming from. Johnson is being knocked by some for not always being terribly enthusiastic about practice, and also for butting heads with Wake Forest head coach Dino Gaudio and teammate Jeff Teague at times.

-Larry Brown is reportedly extremely high on Stephen Curry, and may be willing to trade up in order to get him. Apparently he views him as being able to play either guard position, even alongside Charlottes current group of point guards, Raymond Felton and D.J. Augustin.

Curry is getting love from teams as high up as Washington and also has a chance to be drafted 6th (Minnesota) or 7th (Golden State). While the Knicks clearly like him, he isnt the only player they will considerthe other top candidates on their board currently appear to be Tyreke Evans and Jrue Holiday.
Read Next...