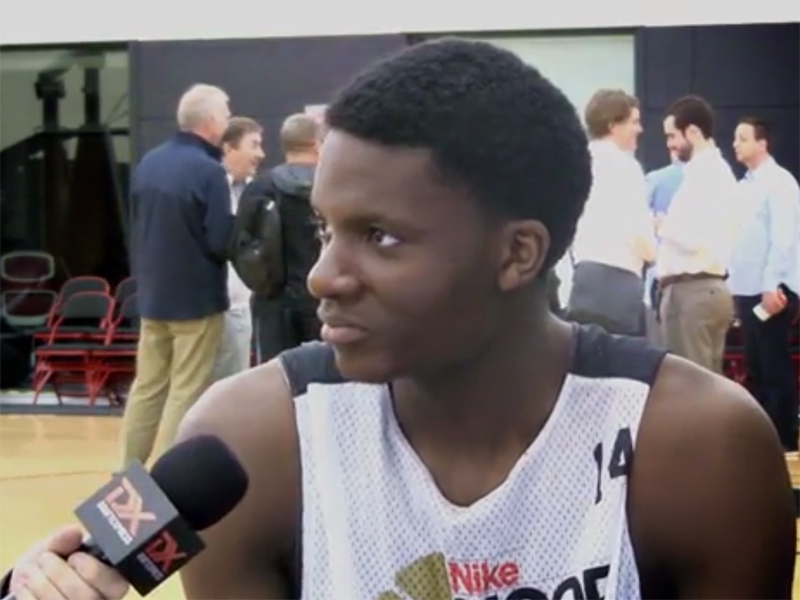 Derek Bodner
@DerekBodnerNBA
Considering his incredible physical gifts, it's not much of a surprise that Clint Capela got a huge portion of his offense on cuts to the basket (31.2% of his offense) and from put-backs (16.3%). This heavy utilization of extremely efficient opportunities (Capela shot an incredible 73.8% on cuts and 65.5% on put-backs) is one of the primary reasons that Capela was the most efficient player in this group at 1.12 points per possession overall.

Capela's length, explosiveness, and touch around the hoop make him a very good finisher around the hoop, where an incredible 84.9% of his opportunities came from, far and away the most out of anybody in this group.
The work he still needs to put in shows up when Capela stepped away from the hoop, as he only attempted 0.3 jump shots per game, connecting on only 21.4% of the very small amount of jump shots he attempted. Despite this, Capela shows some potential in the pick and roll game due to his fluidity and touch around the hoop, and should he ever develop a reliable jump shot he will be even tougher players to defend in this group crashing to the rim after setting ball screens.
Read full article 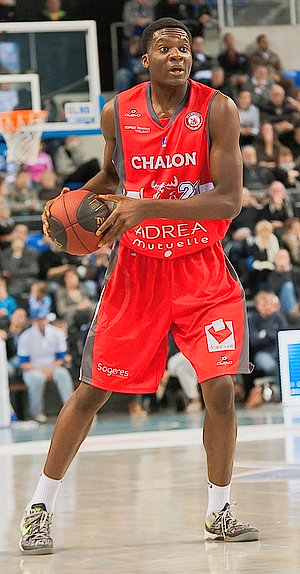 Outlook: Already seeing some playing time for Chalon, the Euroleague team from France. Possesses phenomenal physical tools. Can make a huge impact around the basket when dialed in. Has special rebounding instincts. Offensive game is very raw, but doesn't seem to understand that. Looks to have ample size to play the 4 at the pro level. Just needs polish up his skill-level and improve his basketball IQ and attitude.
Read full article

Regularly putting up huge numbers at the U-16 and U-18 Division B European Championships representing his home country of Switzerland, Clint Capela (or Clint NDumba-Capela) had a decent amount of intrigue leading up to this event. His performance here was ultimately fairly disappointing, but he did show that he has the tools to develop into a solid prospect down the road.

Capela's potential stems mostly from his phenomenal physical tools. Standing somewhere around 6-8 or 6-9, he has an incredible body for a player his age, to go along with a huge wingspan. He's an exceptional athlete on top of that, running the floor very well (when motivated) and being very explosive around the basket.

Offensively, Capela struggled to make a consistent impact at this tournament, only converting 44% of his field goal attempts and a paltry 33% of his free throws. He doesn't have the footwork to score with his back to the basket, and is far too limited on the perimeter to do anything consistent facing the rim either.

Capela's ball-handling skills are raw and his perimeter shooting ability non-existent at the moment, even air-balling a free throw at one point. Occasionally he would show the ability to beat his man from the high post off a single dribble with a quick and very long first step, but he wasn't always able to finish this moves. His basketball IQ appears to be limited, and he had trouble making simple catches at this event due to his poor hands. As the tournament wore on, he grew increasingly frustrated with his poor play, and began to display poor body language around his teammates and coaches.

Defensively, Capela has the physical tools to guard any of the opposing frontcourt positions and be an absolute dominant rebounder, but he rarely showed an inclination to give his best effort, especially when things weren't going his way on the other end of the floor. He tends to lose his focus and jog the floor lackadaisically in these moments, making some very careless mistakes.

Despite the very negative tone of this report, it's clear that Capela can easily turn things around for himself if he finds the willingness to do so. Significantly changing his approach to the game will make a big difference, as will working on his skill-level and improving his knowledge of the game. Players with his physical tools are extremely difficult to come by, so it's not out a stretch to say that he still has time to develop.
Read full article