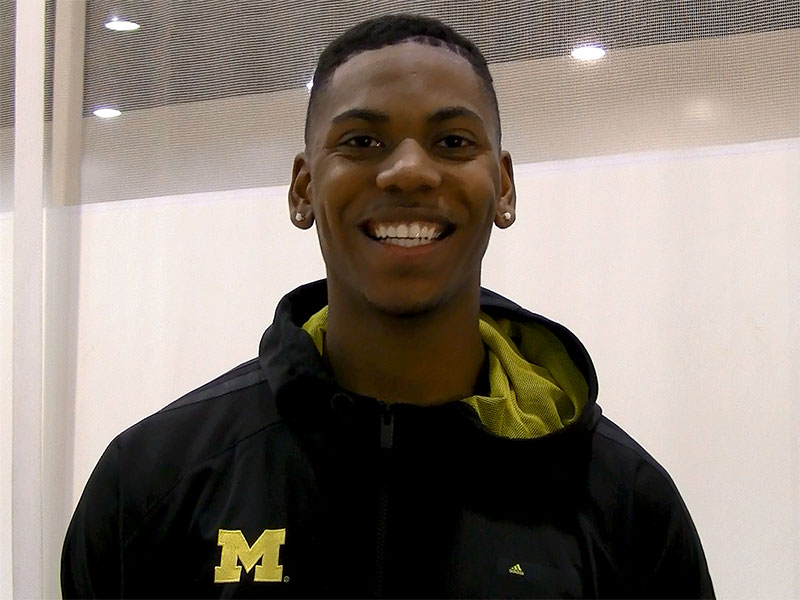 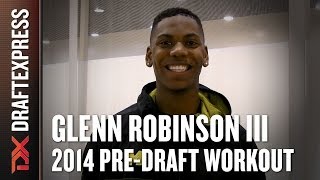 Robinson III, a second round draft pick of the Timberwolves in 2014 has bounced around the League, spending time with Minnesota, Philadelphia, and most recently Indiana and one game with their D-League affiliate, the Fort Wayne Mad Ants. Robinson III has the size and athletic ability to be an NBA combo forward but has yet to really show that he has the skills to put it all together, partially due to a lack of opportunity. At his best running the floor and finishing around the rim, he needs to continue to develop some ball-skills to complement his outside shot. Shooting just 32% from 3 throughout his career thus far, Robinson III shot it with some confidence in Orlando going 8 for 21 while showing signs of development. Only 22 years old, despite playing his third year of summer league, if Robinson can continue to polish his perimeter game and play with a consistent motor on the defensive end, he undoubtedly has the physical tools and talent to contribute as a wing player at the NBA level.
Read full article

DraftExpress
@DraftExpress
We joined Glenn Robinson as he works out in preparation for the 2014 NBA Draft, and discussed a number of topics with him, including what he's trying to improve on in the short-term and what he feels he can bring to a NBA team. 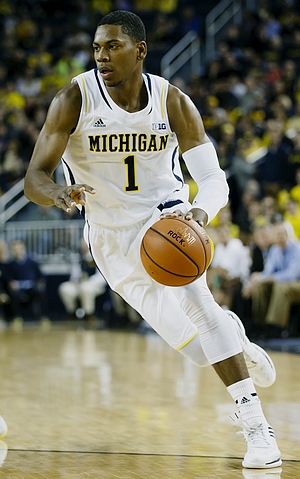 The son of 2-time NBA All-Star and Glenn Robinson, who averaged 30.3 points and 10.1 rebounds as a sophomore at Purdue before leaving school and going 1st overall in the 1994 NBA Draft, Robinson has an NBA pedigree, but will need to fill the holes in his game that limited him last season to reach his lofty potential. His athleticism, solid feel for the game, and finishing ability give him upside in a small, hustle-based role next to the right point guard from the get-go, but his ability to improve his perimeter skills, get tougher and become more assertive will determine just how high level a player he can be a few years from now. If Robinson can make some strides in the short term and performer well in workouts, it wouldn't be at all surprising to see him find a home in the early 20's come draft day, as his style of play is tailor made for that setting.
Read full article