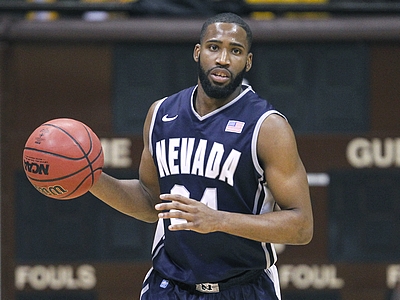 Burton is deadly in the three areas NBA teams like to see point guard prospects excel the most at the collegiate levelbeing highly efficient in the pick and roll, isolation, and transition situations. His terrific first step, strong frame, and extreme aggressiveness allow him to make a living driving to the basket, finishing around the rim and getting to the free throw line, despite playing in what appears to be a highly dysfunctional team situation in terms of system or structure, with seemingly very little talent alongside him. He makes an outrageous 66% of his field goal attempts around the basket in the half-court, second best among top-100 prospects, and gets there at an impressive rate as well.

On paper, Burton is a very streaky shooter, making just 32% of his 3-point attempts on the season after hitting 30% as a junior. Despite his low percentages and unconventional mechanics, digging deeper, we find that he's actually capable of making shots with the best of them, with both his feet set and off the dribble. His 1.6 made 3-pointers per game ranks fourth among point guards in this classhe simply takes far too many outside looks, which may be partially due to the situation he's in.

Burton never leaves the floor for Nevada, he plays more minutes per game than any player in our top-100 prospects ranking, and is responsible for 28% of his team's scoring, more than any point guard in this class.

With that said, it's difficult to ignore the fact that Burton's team has won less than half their games this season, only Olivier Hanlan's Boston College squad can say the same among Top-100 college prospects, and his poor shot-selection and decision making are no small culprits in that. He doesn't do a great job of reading defenses or getting teammates involved, often dribbling with his head down, and badly overestimates his outside shooting ability, jacking up ill-advised looks early in the shot-clock. Burton is much more of a scorer than he is a natural facilitator, something that isn't the end of the world in today's NBA, but is still something he'll have to work on playing alongside better talent in the future. He's never made the NCAA Tournament and only went to the NIT once (in 2012) in his career, which looks unlikely to change this season. The fact that he turns 23 in July also won't help him when he's stacked up against the other top point guard prospects in this draft, as he's 2-3 years older than most of them. 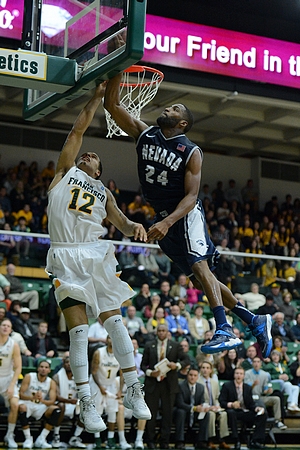 While Nevada ranks just 211th among all college basketball teams in defensive efficiency this season according to KenPom, Burton appears to have good tools on this end of the floor with his solid wingspan, strength and athleticism. His quickness and explosiveness can be easily noted with the way he gets in the passing lanes and the fact that he ranks second among DX Top-100 PGs in blocks, and he should be able to more than hold his own at the pro level once he's not forced to play nearly 40 minutes a game and carry his team offensively.

Matchups against the likes of San Diego State, UCLA, Cal, Missouri, New Mexico, UNLV and others have given us ample opportunity to evaluate Burton's strengths and weaknesses as a prospect, which we've done in the following video scouting report, courtesy of Mike Schmitz.