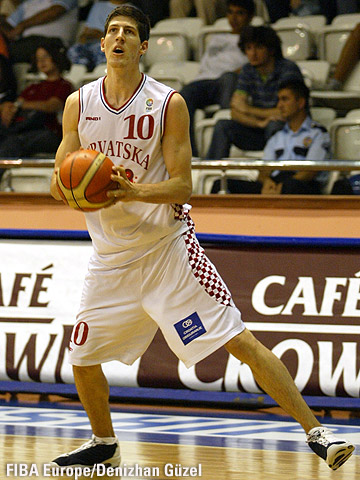 Kristian Hohnjec
@DraftExpress
Rudez is a talented player with a lot of upside, but he hasn't been able to put it all together just yet. There have been many question marks regarding his attitude on the court, as he often seems too passive and will not make full use of his skills. It's not a question of effort, but rather a lack of self-confidence. Damjan plays at both forward spots for Split, but his NBA future is definitely at Small Forward. Rudez has excellent size at 6-foot-9 and is a very good athlete. He also has a good first step and is quite a leaper. His lateral quickness needs work and he suffers occasionally against smaller perimeter players, but there is more then enough physical potential for him to play on the perimeter full time.

It is critical for Rudez that he finally started to get consistent playing time, with the recent departure of Split's Americans Curtis Stinson, Tony Skinn and Otis Hill, Damjan is projected as one of the leaders of this very young team. He is improving consistently and now looks quiet a bit better then he did at the start of the season, which is understandable considering that he barely played in the last two years. If Damjan decides to declare for June's draft, he would have a good shot at getting drafted somewhere in the 2nd round based on his potential alone. If he shows progress and has a big season next year, he could be a first round pick in 2008.
Read full article

Luis Fernández
@DraftExpress
Rudez had been penciled in for a few years now as a high-potential prospect given his great size, nice athleticism and frame as well as intriguing skills at the small forward position. Hes a guy with solid ball-handling skills to beat his matchups and go all the way to the basket, and a nice stroke with excellent range. However, hes probably too much of an underachiever, and this tournament has been no exception. It might be a problem of character; he doesnt show as much aggressiveness as you would desire, and in the end he settles for three-pointers and doesnt look hardly enough for other options closer to the basket. But also it might be a problem of not having figured out how to fully take advantage of his tools and skills. Warming the bench in Oostende hasnt helped him at all to sort out this problem; next season, playing in Split, might be redemption time for him.
Read full article