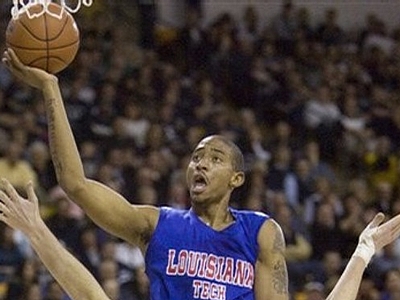 A highly touted high school player coming out of Laurinberg Prep, Magnum Rolle returns to school looking to legitimize his draft stock. Still far from a polished player, Rolles first two seasons, which he spent at LSU, didnt turn many heads, and while he had his moments, he struggled to earn the playing time he desperately needed to develop. After sitting out for a season and posting respectable, but unspectacular averages of 12.2 points, 7.2 rebounds, and 1.7 blocks as a junior, Rolle declared for the draft to drum up interest before wisely deciding to utilize the rest of his college eligibility.

Possessing an excellent wingspan and decent height, it isnt hard to see what made Rolle such a highly regarded high school prospect after watching him for a few plays. He runs the floor like a guard, displays good lateral quickness, and is extremely quick off the floor. While those assets still serve him well, his impact on the college level and his promise from an NBA perspective are both limited by his lack of physical strength. Though Rolle has added twenty-some pounds since his freshman year at LSU, he remains extremely lanky.

Rolles physical tools, first and foremost, are what make him an intriguing player. Always looking to duck in from the weakside for an easy dunk, Rolle does a solid job timing his cuts to the rim and utilizes length effectively to rebound the ball. Extremely aggressive when he can find a look at the basket, he proves to be a very solid finisher inside, converting 53.1% of his two-point attempts last season thanks to the advantage he enjoys in terms of reach and athleticism.

Rolles lack of bulk isnt a major concern for him in terms of finishing ability, as his quick leaping ability, decisiveness, and tendency to keep the ball high on the catch usually allow him to get above the rim before defenders can respond. However, his weight certainly plays a role in his post efficiency. Struggling to obtain deep position down low, Rolle often has no choice but to resort to his face-up game. Displaying the ability to drive in either direction after a reverse pivot or a hard jab, Rolles physical aggressiveness helps him tremendously in the WAC, where his tenacity and quick leaping ability help him get off some effortless hook shots from in close. Displaying a decent feel for fakes and counter moves, Rolle runs into problems when faced with a physical defender, as his efficiency plummets when he cant get a decent angle to the rim off his initial move.

Functioning as a catch and finish player for Louisiana Tech, most of Rolles offense comes at the rim, but he does flash a very capable midrange jumper that he can hit running off of screens, spotting up, or even off of one or two dribbles. His form isnt fantastic, but hes a threat when he keeps his elbow in. A bit turnover prone for his usage level and not much of a passer, Rolles aggressiveness sometimes overmatches his ball handling ability out on the perimeter.

On the defensive end, Rolle is a presence at the WAC level, displaying the lateral quickness to defend multiple positions and utilizing his length to contest shots. An ideal player to pit against a finesse oriented post scorer, Rolle didnt have to match up against many overpowering back to the basket bangers last season. He appears to struggle to take away position on the block against even average forwards, though, not gaining much ground when boxing out, proving to be a much more effective shot blocker coming over from the weakside, and having a tendency not to finish plays once his man gets him on his hip a problematic habit for a shotblocker with his quickness.

As it stands, Rolle certainly has some NBA caliber tools, namely his athleticism and length, but his ability to utilize them effectively has more to do with the development of his frame than anything else. He seems to be on a promising learning curve with regards to his overall skill set, but needs to show his improvements more consistently. Considering the level of competition hes facing, Rolle needs to assert himself more noticeably, even with virtually all of Louisiana Techs top scorers from last season returning around him. A strong candidate to be invited to the Portsmouth Invitational Tournament, Rolle is a player who could sneak onto draft boards with a good senior season.
Read full article