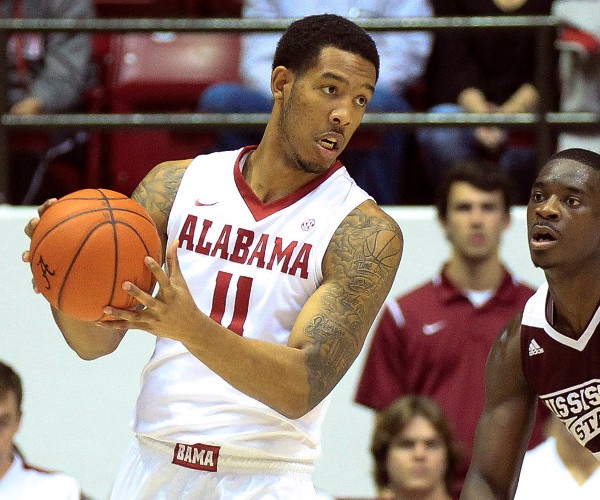 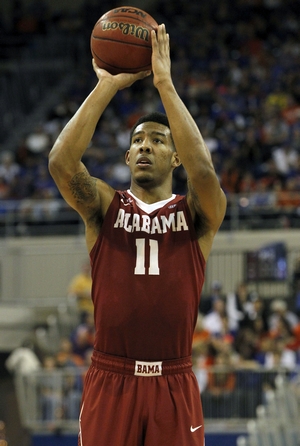 Freshman Shannon Hale stepped right into the Alabama Crimson Tide rotation, providing them with an immediate contributor, and a ray of light in an otherwise disappointing season for the Tide.

Hale, who fell just outside of the RSCI top 100, averaged 8.8 points and 3.6 rebounds for Alabama in just over 22 minutes per game, but he really came on down the stretch, where he averaged 11.2 points in 27.8 minutes per game, shooting over 44% from the field, over the last 21 games of the season after being inserted into the starting lineup.

The intrigue around Hale starts with his physical profile, as he stands over 6'8 in shoes, with long arms and a frame that looks like it can add bulk as he matures physically. He's fluid for somebody of his size, and is a good leaper who is comfortable playing above the rim.

Hale also shows an intriguing skill set, which starts with promise he shows shooting the basketball away from the hoop. Hale shot 35.2% from three point range on the season, with 2.8 of his 6.5 field goal attempts per game coming from beyond the three point line. Most of these came either from catch and shoot situations or popping off the pick and roll, and he sports a compact shooting motion with a high release that looks like it should be repeatable with enough practice.

While on an extremely small sample size, Hale also showed some potential shooting off the dribble. He did a good job with his footwork heading into the shot and maintaining his balance, and shows good touch on a pull-up in the lane. Whether he can make this a bigger part of his game as he transitions to a more perimeter oriented role will be interesting to watch.

Hale's combination of long strides, quickness, and the burgeoning threat he poses shooting from the perimeter makes him a threat to create off the dribble, especially when he's being defended by power forward, against whom he almost always has an athletic advantage on. Once he gets into the paint, he has good explosion in the lane and solid touch. He needs to further refine his off hand, both in terms of finishing at the rim and operating in space with his dribble, and overall needs to further refine his ability to change direction and handle the ball comfortably in a crowd, something that will become increasingly necessary if he does in fact transition to a small forward role at the next level. His struggles handing the basketball show up in his 3.3 turnovers per 40 minutes pace adjusted, a bad figure for somebody who isn't asked to create a lot of offense.

Hale also does a good job of moving without the ball, both in terms of stationing himself on the perimeter for an open catch and shoot look, as well as making strong, decisive cuts to the basket. He has good hands, and his leaping ability and length are assets here, although putting on a little bit of upper body strength would help him finish through contact with more regularity. He looks like he has a very good frame to work with, and as he matures physically and puts in work in the weight room this looks to be a very correctable problem.

On the defensive side of the ball, Hale plays primarily in the post, although he lacks the lower body strength to do this at the next level. While Hale is a very smooth player, he's not all that quick changing direction on the perimeter, which is exacerbated a bit by a high stance where he's frequently flat footed. As he begins to defend the perimeter with more regularity this is something that he could improve upon with good coaching and a strong work ethic.

One area that Hale doesn't contribute in terribly much is only the glass, pulling down only 1.6 offensive and 4.8 defensive rebounds per 40 minutes pace adjusted, which yields rebounding percentages of 4.8% and 13.9%, respectively. These are very low marks for somebody who has played so much in the post, and especially considering Alabama only pulled down 65.5% of their defensive rebounds, one of the worst marks in the country. He doesn't do all that good of a job finding his man and boxing out before early, and doesn't have a great nose for the ball on either end of the court.

Shannon Hale found a comfort level with the Alabama Crimson Tide after being inserted into the starting lineup, and his progress towards the end of the season were one of the rare rays of light for an otherwise struggle of a season. Hale's combination of size, quickness, fluidity, and shooting ability makes him somebody to keep an eye on, and if he can continue to hone his perimeter skills while developing physically, he could work his way into becoming an interesting prospect.
Read full article