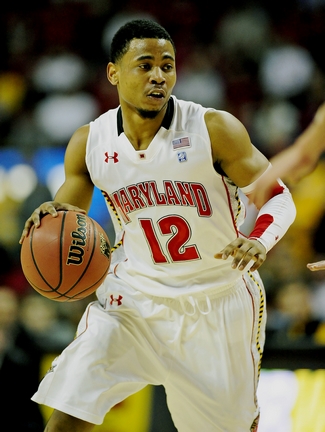 Finding a Niche For: Terrell Stoglin

After leading the ACC in scoring at 21.6 points per game, sophomore guard Terrell Stoglin was forced to enter the NBA draft after being suspended for his junior season for violations to Maryland's code of conduct.

Stoglin is a dynamic scorer, with a vast arsenal of moves on the offensive side of the court. The most immediate skill set he has when projecting to the next level is as a shooter, where he already has NBA three point range. He's also a very good shooter off the dribble, doing a good job of maintaining balance and getting good elevation. He gets a good portion of his offense off dribble jumpers in pick and roll sets, something that he should be able to translate to the next level.

Another aspect of his game that could help him find a role in the NBA is his catch and shoot ability, something that isn't heavily used at Maryland, where is has been their main initiator in the half court. According to Synergy Sports Technology, Stoglin's 1.322 points per possession ranked in the 90th percentile in college basketball. He does a good job of getting himself in position for the pass and has a compact shooting motion that he gets off quickly, and shows the ability to make a jump shot with a hand in his face.

Off the dribble, Stoglin is somewhat strong hand dominant, preferring to make most of his drives into the lane with his strong left hand, although his right hand is strong enough to be useful to setup misdirection moves or two take one or two dribbles off the pick for either a floater or a pull-up jumper. He has a very quick crossover dribble that he uses to gain separation going left, which is tough to defend, and his overall instincts as a scorer are superb.

Once in the lane, Stoglin has had struggles finishing this year. After shooting 50.8% on 2 point field goal attempts his freshman year that fell to just 43.6% this year. His 7.8 free throw attempts per 40 minutes pace adjusted somewhat mitigate this, as does the wide array of floaters and pull-up jumpers he has at his disposal. Stoglin has solid body control, but he isn't all that explosive of an athlete, and his relative inability to finish in traffic against the superior length at the next level is of concern.

Despite Stogln's diminutive size he plays primarily off the ball, with sophomore guard Pe'Shown Howard and freshman Nick Faust playing more of the traditional point guard role. Stoglin averaged only 2.3 assists per 40 minutes pace adjusted, which is towards the very bottom of our rankings for point guard prospects and in the bottom third for shooting guards. Stoglin has neither the mentality nor the court vision to play very many minutes at the point guard position, very much playing the role of a scoring point guard. This would be less of a concern if not for his height, as at the 6'0.5 he measured at the recent Nets Combine and without the wingspan to make up for it, Stoglin is going to be overmatched defending NBA shooting guards. 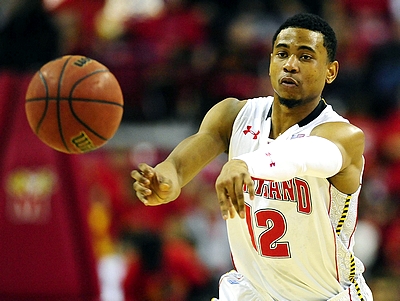 Stoglin also doesn't move his feet particularly well, struggling to keep his man out of the lane on defense and often not contesting many jump shots. He also struggles at times defending the pick and roll, both in terms of recognition and ability to fight through the screens, which makes it hard to find a position he can adequately defend at the next level.

Despite his shortcomings on the court, Stoglin has a skill set very much in demand in the NBA, as he ranks as the third best per-minute scorer in this draft class. He has the range on his shot and overall offensive versatility to be able to contribute as a spark off the bench, and the potential as a catch and shoot player to transition himself for when he isn't the focal point of an offense. Players who can both shoot with range and create offense prolifically off the dribble are difficult to come by, which could make him an attractive option to a NBA team, either now or sometime down the road.

Despite that, Stoglin will have an uphill battle in convincing decision makers that his off court transgressions and reputation for selfish play don't overshadow his offensive talent. Already fighting concerns over his shoot-first mentality and his defensive shortcomings, questions about his intangibles could be very difficult for his draft stock.

While it's not out of the question that a team decides to take a flyer on him in the second round, in the long-term Stoglin may be best suited withdrawing his name from this year's draft and trying to rebuild his image with a strong professional season on and off the court in the NBA Development League.

With added maturation, stronger recommendations from a new coaching staff, and hopefully an increased skill-level after being able to focus solely on basketball for an entire season, Stoglin's draft stock could look considerably better in a year from now.
Read full article