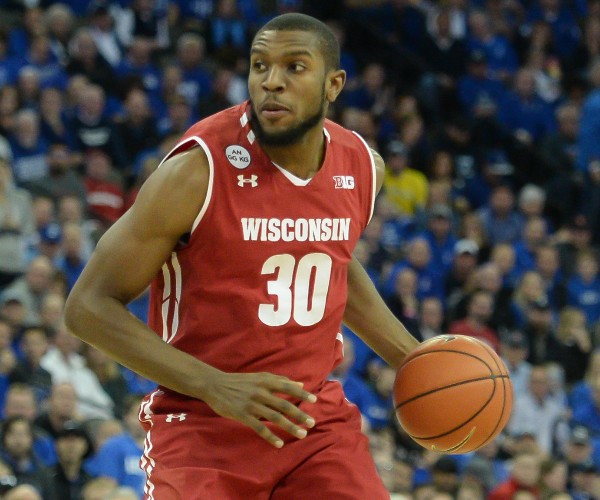 Vitto Brown committed to the University of Wisconsin (then coached by Bo Ryan) in September of 2012 after a successful career at Bowling Green High School in Ohio, that saw Vitto become the school's all-time leader in rebounds and blocks. A relatively unheralded recruit, Brown was the 216th ranked player in the class of 2013 according to the RSCI, and represents one of the final (of many) diamond in the rough finds during the Ryan era of Badger basketball.

As a freshman, Brown saw action in only 14 games, playing behind a talented front-court consisting of Frank Kaminsky, Nigel Hayes, Duje Dukan and Sam Dekker. As a sophomore, it was a similar story for Brown, playing behind the same talented group, but being able to see action in 33 games for the Badgers, again with a very limited role, averaging 6 ½ minutes per game. With that group all but departed, save for Hayes, Brown found an abundance of playing time under newly appointed head coach Greg Gard, starting 33 of 35 contests and averaging over 25 minutes per game. 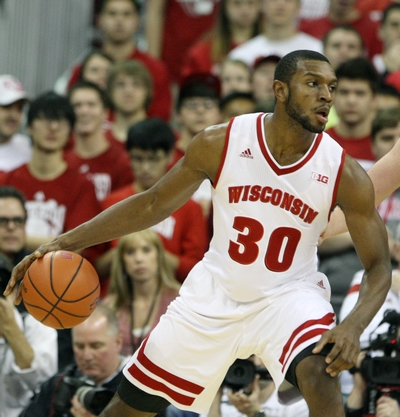 Listed at 6'8, and possessing a reported 7'3 wingspan and 9-foot standing reach, Brown has terrific length for the power forward position. He is a capable athlete who can finish above the rim in transition and the half-court, particularly when he is able to elevate off two feet. Brown has a solid frame but needs to continue to add strength.

Brown saw a huge jump in his offensive responsibilities as a junior and responded adequately, scoring 15.3 points per-40, but shooting only 46.9% on two-point shot attempts, a relatively uninspiring percentage for a front-court player. Around the rim, Brown shows capable footwork when he plays under control and isn't forcing the issue. He shows some ability to finish dump offs and offensive rebounds (2.7 offensive rebounds per-40) with his right hand, but needs desperately to improve his willingness to use his left hand. Brown struggles to score in the low post, lacking the physical presence and feel to be consistently effective. He is determined to finish with his right hand and hasn't shown an ability to make a counter-move and finish, often times forcing a low percentage shot rather than moving the ball.

Brown's greatest value as an offensive player is his ability to stretch the floor from the power forward position. Prior to his junior season, Brown had only taken 29 three-point attempts, before making 40 this past season. He converted 40% on 2.7 attempts per game, which isn't a large sample size, but shows interesting potential that NBA teams will want to continue to monitor considering the premium the league is placing on stretch 4s. He has good shot preparation and gets terrific elevation that helps negates what is a relatively flat release. Despite having a hip-swivel that impacts his consistency, Brown shot 51.2% on all pick and pop possessions as junior, per Synergy Sports Technology. Brown has a deceptive first step to get by bigger defenders but he is not reliable when asked to put the ball on the floor. Too often Brown can be forced into taking low percentage, contested shots off the dribble, and when asked to be a playmaker, Brown struggles at times to make good decisions with the ball, generating very few assists in his career. Brown is a shoot first, pick and pop big who needs to find the delicate balance of being aggressive and unselfish as a senior.

Brown's physical tools shine through at times on the defensive end of the floor. He is comfortable guarding on the perimeter, showing a willingness and ability to move his feet well laterally and contest shots at the rim without fouling. Despite his length, Brown's effort on the defensive end does not often result in statistical output, recording only 0.9 steals and 0.9 blocks per-40 as a junior, an indication of his still developing feel for the game.

As an off-ball defender, Brown's engagement levels, awareness and basketball IQ need to show improvement as a senior. He has the versatility to be a multiple position defender for stretches, but often finds himself out of position or late on switches and close-outs. Brown isn't physically strong enough to guard centers at the moment, but shows the potential to guard bigger wings and power forwards. In order for Brown to be considered an asset on the defensive end he will need to improve his commitment to the defensive glass which saw him average only 5.3 defensive rebounds per-40.

Returning to Wisconsin alongside a strong core of upperclassmen, Brown should have a chance to showcase his potentially versatile skill set throughout the season without much added pressure. It will be interesting to see if Brown's shot selection and commitment to the glass improve as a senior and whether he will be able to maintain the high percentage he shot from behind the three-point arc. There is a ready-made role in the NBA for him if so, but we'll have to see if his skill-level and feel for the game catch up with his potential. The fact that he doesn't turn 22 until July bodes well in that regard, as we already know he is a late bloomer based on his sparse playing time his first two seasons of college.
Read full article