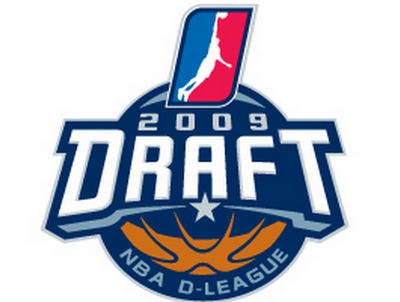 Jonathan Givony
@DraftExpress
The 2009 D-League draft pool is set, with the 200 players that will make up Thursdays (7 PM EST, NBATV) 8-round, 16 team event. Well take a look at some of the most notable names appearing on the draft list, as well as evaluate the top prospects who could eventually earn a callup to an NBA roster this season.

The D-League draft marks not only the beginning of a new season of basketball, it also serves the very helpful purpose of reacquainting ourselves with players we lost track of. Among the most interesting include:

Latavious Williams-
The name on this list most likely to garner national interest is that of Latavious Williams. To refresh your memory, Williams was the highly regarded power forward prep school recruit who committed to the University of Memphis, but decided to renege on the decision based on the expert advice of those around him.

"It was a difficult decision," Williams said in a press release. "But after consulting with a number of people, and taking my family situation into consideration, playing overseas is the best move for me."

"It will not be an easy transition, but I have surrounded myself with a core of very competent people who I trust and who have my best interests at heart, so I am confident that things will work out very well."

Williams mentor/advisor Trey Godfrey, who he knows thanks to his AAU ties, told Jeff Goodman of Fox Sports back in July that the decision was purely a financial one.

"He made the decision when taking into account his family situation," said Godfrey. "He wants to put himself in a situation where he can help out and he saw this as a good opportunity."

Goodman also quoted Godfrey discussing his belief that Williams will be able to garner a contract in the six-figure range, and was mentioned having a lot of interest from Europe and the Far East.

Fast-forward three months, and Williams finds himself in the D-League draft pool, holding onto a B-level non-guaranteed contract for $19,000. Surely this isnt the way he expected things to turn out?

The cold harsh reality is that European basketball teams are not all that interested in players of Williams caliber: a raw, unproven athlete without a defined position and plenty of off-court red flags. Being steered through the process with a rookie agent like Godfrey surely didnt help.

The good news is that this is anything but the end of the road for Williams, even though he has no choice but to become automatically-eligible for the draft this upcoming June. He will be scouted extensively by all 30 NBA teams this season, and should receive plenty of opportunities to play and improve all year long. The level of competition hell be facing on a game by game basis going up against seasoned pros is surely higher than what he would have seen at the college level. Playing in the D-League could be a humbling experience for him as well, and could force him to mature rapidly.

This will surely be one of the most interesting story lines to follow in the 2009-2010 D-League season.

Nate Miles:
Miles was at the center of an alleged massive recruiting violation scandal, as reported by Yahoo! Sports in late March. Miles was always deemed to be one of the most talented wing players in his high school class, but has struggled to land on solid ground after attending five high schools in four years and being expelled from UConn before his first college season even started. He opted to enter the draft this spring, and unsurprisingly went undrafted, also being unable to land any attractive offers from Europe this summer. If signing a non-guaranteed contract for $13,000 wont wake you up and realize that the time is now, then nothing will.

The D-League is probably the perfect place for a player like Miles, and it will be interesting to see how well hes able to adapt his game to the professional setting. He has just a year of experience at the college of Southern Idaho underneath his belt, so there could surely be a transition period.

Jeremy Wise- A second NBA-draft eligible player found on this list is former Southern Miss guard Jeremy Wise. One of the top scorers in Conference USA in his first three seasons, the 23-year old Wise elected to forfeit his final season of eligibility by hiring an agent last May. Seeing that he had no chance of being drafted, Wise wisely elected to pull his name out of the draft at the early-entry withdrawal deadline, which means hes still eligible to be drafted in 2010. Wise likely found the European free agent market to be a bit cooler than he expected this summer, and thus will be forced to prove his mettle in the D-League before making the next step in his professional career. Would spending a fourth straight year beating up on Conference USA defenses have better prepared him for the rigors of professional basketball than the challenges that go along with playing in the D-League? We think not.

Dar Tucker- It really didnt come as any shock to see Dar Tucker leave DePaul after his sophomore season as unceremoniously as he did, not to those that had followed this situation from afar. The fact that no one at DePaul seemed to be shedding any tears may have told us something as well. Tucker is a freakish athlete with all kinds of scoring ability, but his horrid shot-selection and high turnover rate likely scared off any potential NBA suitors. Now the super talented yet highly enigmatic shooting guard will have to ply his trade in a slightly less comfortable setting, after failing to garner any significant looks from NBA teams this past summer.

Yaroslav Korolev- Surely this has been one of the stranger career paths weve followed since the inception of this site back in 2004. From top-rated European prospect, to incredibly premature NBA draft entrant, to NBA lottery pick, and then being waived just two years later, you would never guess that Korolev is just 22 years old. He spent last season glued to the bench at Dynamo Moscow, again putting good money is his bank account, but wasting yet another important year in his development. With the goal of reversing that trend and making a run back at the NBA, Korolev has made the surprising decision to sign with the D-League. Based off what weve seen in the numerous times weve seen him play recently, the NBA dream is not a very realistic one at all, but its quite possible that Korolev will prove us wrong.

Amara Sy- Fresh off an impressive season playing for French champions ASVEL-Villeurbanne, it cant come as anything but a surprise to see a European passport holding, 28-year old in his prime willingly sign a $19,000 contract. Sy is reportedly that confident in his ability to show his stuff to NBA decision makers, though, and likely feels like this is his last opportunity to give it a go before resolving himself to his fate. Sy is a 6-8, long and super athletic combo forward who has made strides with his offensive game over the past few years. It will be interesting to see how his game translates to the D-League setting, and whether or not hell be tempted by a European team buyout if that callup doesnt come as quickly as he hoped.

Sundiata Gaines- One of the top American rookies in Europe last season playing in the Italian first division. Reportedly receiving strong interest from Erie with the second overall pick.
Alade Aminu- Long, tall, athletic big man with budding skills and plenty of upside
Carlos Powell- Proven scorer at the D-League level, will fill it up every night. Rumored to have already received a promise to be drafted #1 overall by Albuquerque.
Paul Harris- Versatile athlete who will play hard and stuff the stat-sheet in every category
Amara Sy- Experienced European player with terrific physical attributes
Mustafa Shakur- Point guard with size and athleticism who has spent the last few years polishing up his game in Europe
Rashad Anderson- Big time shooter who led the Italian first division in scoring last season
Delonte Holland- Scorer of the highest caliber in top-level Europe, fallen on hard times recently
JamesOn Curry  Combo guard with terrific scoring ability and unlimited range
Deron Washington- Freakish athlete who is the top candidate to succeed James White in the next D-League Dunk contest

Best of the rest: