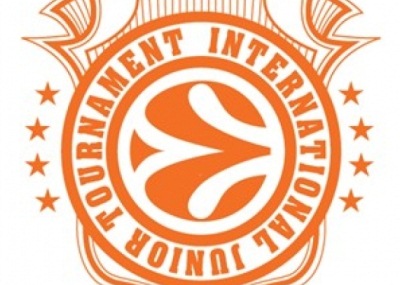 Jonathan Givony
@DraftExpress
Notes on a number of international prospects who participated in the Nike International Junior Tournament in Kaunas Lithuania.

Weaknesses:
-Wild in half-court
-Turnover prone
-Ball-handling skills improvable
-Shot selection average
-Streaky outside shooter
-Struggles to get all the way to rim and finish
-Not an efficient overall scorer

Outlook:
-Interesting player with nice upside to continue to improve. Could be a very solid D1 player due to his versatility and athleticism, especially if he can improve his shooting and limit his turnovers.

Strengths:
-Son of NBA first round draft pick 7-footer Geert Hammink
-Solid physical attributes
-Aggressive player with a scorer's mentality
-Solid ball-handler/shot-creator on perimeter
-Very good first step, body control
-Can't always finish what he creates around the basket
-Plays primarily at the 4, can easily beat them off the dribble
-Gets to free throw line at very good rate. Made 88% in Kaunas.
-Can make pull-up jumpers inside the arc

Weaknesses:
-Streaky outside shooter. Takes lots of 3s. Doesn't make many.
-Overly aggressive at times. Somewhat turnover prone
-Will need to move down one or two positions. Will need to make some adjustments defensively

Outlook:
-One of the better scorers at this tournament. Getting strong interest at the NCAA high-major level (Miami, LSU, Northeastern). Good potential for college.

Strengths:
-Good size/length
-Nice frame that should fill out
-Mobile player
-Can go out of area for rebounds on offensive glass
-Can put ball down crudely in straight line
-Attempted over two 3-pointers per game. Made under 25%

Outlook:
Project who someone may take a flyer on at the mid to low D1 level thanks to his physical attributes. Could develop into a productive player eventually if attitude/work ethic is there.

Weaknesses:
-Little bit stuck between the forward spots
-Poor fundamentals on defense
-Thinks he's a little better than he is?

Outlook:
Came alive in limited playing time here. Someone to study further to truly evaluate how good he is. Definite D1 potential.

Strengths:
-Phenomenal frame that will fill out even more
-Terrific athlete
-Runs the floor well
-Plays above the rim regularly
-Excellent shot-blocker

Outlook:
Has huge upside thanks to his physical tools, but also a major project who is dire need of patient coaching. Will be attractive for big NCAA schools with his size, frame and mobility, but may be better off going to a level where he can get playing time and develop. Mental approach will play a big part of development.

Weaknesses:
-Very limited scorer
-Cannot do anything with his right hand
-Lacks touch around the basket
-Very ugly looking shooting stroke
-Took four 3-pointers per game, made under 25%
-Turns ball over far too much (negative ast/to ratio)

Outlook:
Affectionately nicknamed Dogus Balbay by scouts here thanks to the similarities the two share. Forced to do a little too much on a team that really lacked talent, which exposed his flaws as a scorer. Has potential as a backup even at a reasonably high level thanks to his strong physical attributes. Could even be better than that possibly if he can find a way to improve his shooting stroke.

Weaknesses:
-Just an average shooter. Must improve mechanics and consistency.
-57% from free throw line
-Not very big at 6-4. How much will he grow?

Outlook:
Caught our eye with his competitiveness and willingness to put the ball on the floor. Has a long, long, ways to go, but could be someone to keep an eye on in the future if he continues to develop.

Strengths:
-Absolutely shot the lights out at this tournament
-Made four 3-pointers per game, converting 60% of his attempts.
-Very aggressive scorer

Weaknesses:
-Very undersized for a shooting guard at 6-1.
-Doesn't appear to be a great athlete
-Didn't show very much outside of his 3-point stroke
-Potential on defense looks limited

Outlook:
Deserving of a mention thanks to his incredible shooting performance. Still young as a 1995-born prospect. Will probably need to grow a few inches to have any real chance at playing high-level professional basketball.

Weaknesses:
-Very small at around 5-11
-Short arms
-Not particularly athletic
-Limited frame
-Only made 20% of his 3-point attempts
-Limited potential on defense

Outlook:
Smart, mature, true point guard who knows how to run a team, but has poor physical attributes which may limit his ceiling. 1995-born so may still grow a few inches. Will need it to play at the highest levels.

Weaknesses:
-Only 6-2, doesn't have a position at the moment
-Limited ball-handler
-Really struggles to score efficiently inside the arc
-Not very aggressive offensively

Outlook:
Has a frame that suggests he may still have room to grow physically. Could be an interesting prospect if he does.

Weaknesses:
-Painfully thin at the moment
-Gets pushed around mercilessly around the basket
-No real skill-level offensively at this stage
-Gets boxed out easily in the paint
-Gets winded very easily

Outlook:
Extremely late bloomer who only recently picked up the game. Has made major strides in a short period of time reportedly. Appears to have some intriguing natural talent. Will take at least 2-3 years to even begin filling out his frame. If he is able to put on weight down the road, he may develop into an interesting prospect.

Weaknesses:
-Good, not great athlete
-Average wingspan/frame
-Not a big time scorer
-Struggles to make shots from beyond the arc
-Doesn't finish very well around the basket

Outlook:
Did a nice job running the show for the Russians, who finished 2nd at this tournament. Doesn't have huge potential but has nice toughness and seems to have the mentality to develop into a good player at the professional level.

Strengths:
-One of the top scorers at this tournament
-Versatile player who does a bit of everything
-Good feel for the game. Very nice instincts
-Likes to face up from the 3-point line and take his man off the dribble
-Excellent touch around the basket. Uses the glass well
-Can score with back to the basket against smaller players
-Solid footwork
-Made 1.5 3-pointers per game here in Kaunas
-Competes on the glass. Grabs some rebounds

Weaknesses:
-Not a great athlete
-Jumper is a bit streaky
-Did most of his damage at the 4 spot
-Potential on defense is questionable
-Has thick legs. May get stuck at the 4 spot at pro level. Likely not big enough to play at a high level there
-How much upside does he have left to improve?

Outlook:
One of the more effective players at this tournament. Led Russia to the finals with some impressive scoring performances. Will need to really hone his jumper and continue to improve his defense to make the transition effectively to the pro level.

Strengths:
-Good frame
-Workhorse inside the paint
-Can score a bit with back to the basket
-Decent ball-handler
-Effective scorer facing up from mid-post
-Good touch around the basket
-Solid offensive rebounder
-Not afraid to put a body on defense

Weaknesses:
-Undersized for his position. Played primarily as a center despite standing 6-7
-Must continue to expand his game towards the perimeter
-Doesn't show much range on jumper
-Will likely struggle guarding smaller players outside

Outlook:
Very effective at this level thanks to his strength, tenacity, and scoring instincts around the basket. Will need to change his game or grow a few inches to translate his production to the pro level

Strengths:
-Nice size for a point guard
-Solid frame
-Very fast in transition
-Gets to the basket with a quick first step
-Puts solid pressure on the ball defensively

Weaknesses:
-Wild in the half-court
-Doesn't know how to control the tempo of the game
-Needs to develop playmaking instincts
-Very turnover prone at times
-Average perimeter shooter

Outlook:
A native of Guadeloupe, Michineau has many of the basic attributes scouts like to see in a developing point guard, particularly from a physical standpoint. It will be interesting to see how he improves his shooting and playmaking skills over the next few years.

Outlook:
One of the youngest players at this event. Still only 15 years old. Doesn't have a position at the moment and doesn't really know what he's doing out on the floor, but has solid physical attributes and appears to be fairly competitive.

Outlook:
Born in 1996, making him one of the youngest players here. Not much to say about him other than the fact that he has good athletic tools to continue to improve.

Strengths:
-Very good scoring instincts
-Excellent 3-point shooter. Took four 3-pointers per game, made 56%
-Can score off one dribble pull-ups
-Attacks unbalanced defenses in transition
-Solid feel for game
-Efficient player who does not force himself on the game

Weaknesses:
-Little bit small for a wing player
-Does not appear to be a great athlete
-Struggles to create high percentage shots in the half-court
-Potential on defense looks limited

Outlook:
Far from the best prospect on his team, but often the only one to show up and give a focused, balance effort. Looks to have solid potential at the pro level if he continues to improve his all-around game.

Weaknesses:
-Plays primarily at the 4 despite standing somewhere around 6-7
-Limited scorer
-Average ball-handler
-Struggles to make shots from perimeter

Outlook:
Lassort was born in September of 1995, which makes him a very young prospect still. He has terrific physical attributes but needs to improve his skill-level considerably.

Strengths:
-Terrific size at around 6-10
-Excellent frame
-Long arms
-Tries to play with back to basket
-Will knock down an occasional mid-range jumper
-Crashes the offensive glass effectively
-Good potential on defense
-Puts a solid effort in
-Upside

Weaknesses:
-Very raw prospect on both ends of the floor
-Limited touch around the basket
-Average basketball IQ
-Doesn't box out defensively
-Tries to force the issue at times

Outlook:
With his size, frame and mobility, it's safe to say Meri will play basketball at the professional level. How much he's able to improve his skill-level and feel for the game over the next few years will decide how high of a level he's able to reach.

Strengths:
-One of the most productive scorers at this tournament. Averaged nearly 25 points per-40 minutes
-Aggressive player
-Very good perimeter shooter
-Can make shots with feet set or off the dribble
-Elevates immediately on catch.
-Scored very effectively inside the arc as well
-Good frame
-Competitive on the glass
-Solid passer
-Good feel for the game

Weaknesses:
-Somewhat undersized for a shooting guard at around 6-3
-Not an exceptional athlete

Outlook:
Solid player for mid-D1 level. Should be able to play professionally somewhere in Europe.
Read Next...