Opportunity Knocks: The Pluses and Minuses of Success 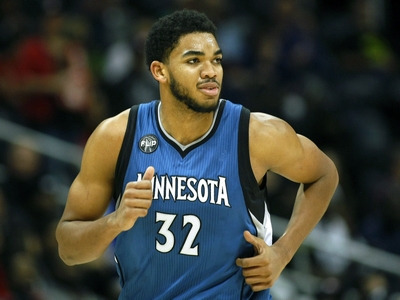 Over the past 10 years, Sports Aptitude has striven to collect as much data as possible on player personality and performance in order to better understand the nuances of situational behavior. Leading up to the 2015 NBA Draft, we took a deeper look at five players who transcended the expectations of their draft position as part of our All Steal All Star Team.More From Sports Aptitude
-The DeAndre Jordan Rules
-DeMarre Carroll's Long and Winding Road to Stardom
-The Unbearable Lightness of Patrick Beverley
-Everybody Loves Draymond Green
-Jimmy Butler's Rise to Stardom
-How Situation Impacts Success, Part Two
-How Situation Impacts Success, Part One
-The Thin Line Between Busts and Steals

Yet, as the Big Data era marches on and People Analytics grows in prominence as the Talent Management solution of the next generation, one thing has become abundantly clear  everybody wants a single metric to rule them all.

So, here we go down the rabbit hole.

Over the next few weeks, we will be covering a group of players still on their rookie contracts, as part of our One's to Watch series that will continue throughout the season. These players will be analyzed and projected through the lens of our shiny new metric SA PLUS/MINUS or SA P/M for short.

In both instances, draft position was defined as First Round Lottery, First Round Non-Lottery, and Second Round/Undrafted. Overall, there were 171 qualifying players in the SA database who currently have a minimum of four full years of NBA experience, or roughly 38% of the NBA population.

Let's make one thing clear  no single metric can account for everything. As an esteemed colleague astutely pointed out, There's a talent factor somewhere. [Our friend], and a basketball player could have the same SA P/M, but their PERs are going to be vastly different.

Like all good analytics models, context and common sense are the keys to enlightenment. SA P/M is not intended to account for goodness of fit to team-specific needs or opportunity, nor does it measure the raw talent or developmental readiness of the player himself. These factors are fodder for future writings, as we delve deeper into our Situation Factor goodie bag.

So, no, SA P/M doesn't tell you that mighty Joe Young is better than Big KAT Karl Towns, just because his SA P/M is higher  that would be crazy talk.

But, at its most fundamental level, it may help a team choose which among five potential draft candidates has a higher probability of success -- when all other war room arguments have been exhausted, those five candidates have been weighed, measured, and deemed worthy, and there are 60 seconds on the clock.

Personality-based metrics differ from performance metrics substantially when it comes to understanding sample size. The old adage is ten-thousand internal decisions go into a single observable outcome, which is a fancy way of saying we all talk to ourselvesa lot.

If you are interested in learning more about how we shear our neural pathways in order to create subconscious decision-making patterns that are predictable, read Now You See It for some interesting insight on how we interpret information - thanks Brad Stevens.

Any individual personality trait measure has a distinct set of expected behavior tendencies associated with it, based on thousands of trials. Any individual player's trait scores are based off his response to nearly two-hundred questions.

In essence, SA P/M correlates with player production based on distinct patterns of trait scores, (shot selection) which are established through thousands of question responses, (shot attempts) from players  those decisions are a reflection of their productivity.

Discovering those trait patterns and applying them to other standard player evaluation tools, we get a much better sense for what traits scores are layups, which are threes and which are bang-your-head-against-the-wall contested pull-up jumpers.

That being said, SA P/M certainly has its limitations. Nature is only one half of the equation, after all. For one, it doesn't tell you much about the numerous highly successful players who do not match the profile of those most successful players chosen for our model  those player's trait patterns will be explored at length in future articles.

It also doesn't  yet  take into account key elements of a team's roster makeup that helped create that success.

Moving forward, we will be working to use a combination of People Analytics and traditional scouting feedback to better define our understanding of how concepts such as organizational direction, roster continuity, and veteran leadership contribute to player development. This will be accomplished through a process we call O.D.I.E.A. that takes the form of Observation, Discussion, Interview, Evaluation, Assessment, (pronounced oh de-ah in honor of our New England roots).

WHAT'S TRENDING IN THE DRAFT

Our initial approach to tackling this monster yielded some pretty eye-opening early trends, that corroborate many of our initial hypotheses, and bear tracking going forward.

The graphic above breaks down 4th year performance outcome of lottery picks based on their SA P/M rating. A Top rating represents the upper 25% of SA P/M rated players, while Bottom is the lowest rated 25% of players. The table lists 4th year production by Value Added which is a derivate of John Hollinger's Player Efficiency Rating, (PER) that takes playing time into account, as well as per-minute production.

What's more significant is the total volume of players ending up in each of these minutes subgroups. There is an inverse ratio of minutes earned between the Top and Bottom SA P/M groups. Twice as many lottery picks with Top SA P/M ratings are earning starter level minutes by their 4th year in the league, while twice as many Bottom SA P/M rated players are coming off the bench for limited roles.

To put it in another context, Odds > Average shows that a whopping 50% of Top SA P/M players are producing above the average lottery pick, while only 23% of Bottom SA P/M players are able to pull off the same trick. Both of these subgroups have an average draft selection of 9.6 and 10.1 respectively so this is not about a few super elite players dragging up the average or increasing the success rate; there is something going on here that needs to be explored.

There are far more layers to be peeled back, which will be explored more in our next installments of Opportunity Knocks, including these concepts:

 How does Achieved Status and Ascribed Status factor into a player's success based on their situation?
 Why are more players drafted with higher minus SA P/M Ratings than plus?
 Why does scoring ability seem to be a defining trait of the most successful minus SA P/M players?
 Why do plus SA P/M players seem to thrive when developed in winning environments?

As with everything covered above, these answers aren't crystal clear, but the picture is certainly coming into focus. What does appear certain is that there are dramatically different Personality and Situation Factors at play for the successful development of both plus SA P/M and minus SA P/M success stories.

Treating these two groups of players as distinctly different entities, and applying a different developmental model to each, may be a crucial component to helping more players reach their potential, as well as eliminating the overly-simplistic stereotypes surrounding performance psychology  kudos to Ron Artest and Roy Hibbert for giving credence to that notion.

Over the past ten years, organizations have built better support structures for their athletes than ever before. By being able to better understand the situation-specific environments that are leading to success, more young athletes will be matched to the support structures that best fit their needs.