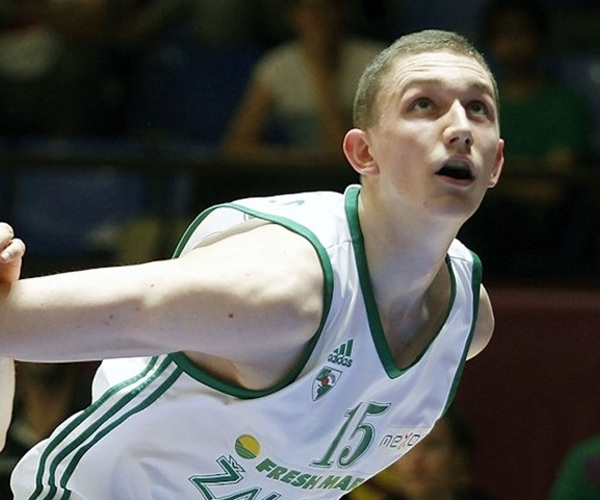 Getting to Know: Laurynas Birutis

Matt McGann
@McGannMan11
DraftExpress sat down with Lithuanian big man Laurynas Birutis to talk about his progression as a player and his strong season with Zalgiris' second team.

Outlook: Mobile, skilled 7-footer with a very thin frame. Was extremely productive in the 18 minutes per game he played coming off the bench, scoring efficiently on post-ups and off the ball, while rebounding and providing solid rim-protection. Will start the preseason with Zalgiris senior team and either play a minor role with them or move to second division team. How his body develops in the next few years will dictate what kind of NBA prospect he is.
Read full article

DraftExpress
@DraftExpress
Laurynas Birutis Measured 7'1.25 in shoes with a 7'2.25 wingspan at 214 pounds. The extremely skinny 17 year old center spent the season with Zalgiris II in the Lithuanian second division. He had some nice moments contesting shots and even tossed in a midrange jumper, but also struggled at times as he can't compete inside physically at the moment even if he has the toughness to do so. His willingness to fight should be dividends as his frame fills out, and the late blooming big man is an international prospect worth keeping an ear out for in the come years. It will be curious to see when he makes the transition to Zalgiris's first team and how quickly his frame develops, as he runs the floor extremely well, has great fundamentals and a solid feel for the game.
Read full article

DraftExpress
@DraftExpress
1997-born Lithuanian center Laurynas Birutis stands 7'0 without shoes with a 7'2.25 wingspan and a massive 9'3 standing reach. He obviously has tremendous size for a center, but his 214-pound frame is in major need or improvement. Fortunately, the 17 year old still has plenty of time to bulk up.
Read full article