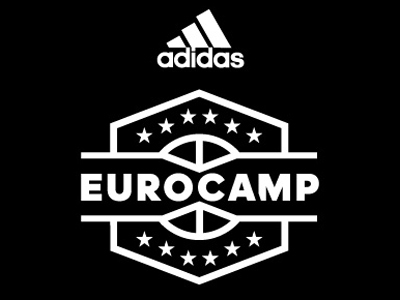 You can find all the results from the testing done in Treviso here, and our full measurement database here. 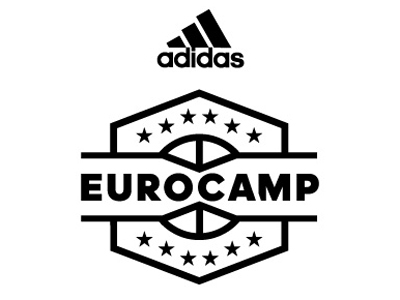 -
Elite 1997 prospect Dragan Bender measured 6'11.5 without shoes with a 7'2 wingspan and a 216-pound frame. His 9'3 standing reach is unparalleled for a player who can operate away from the rim like he can. For reference, Kevin Durant and LaMarcus Aldridge have standing reaches of 9'2 when they were measured as prospects. Bender didn't test particularly well athletically, which was expected, and still needs to get stronger, but he's grown 1.5 inches and gained 14 pounds since he was measured in Treviso exactly one year ago. For a player who won't turn 18 until November, those are both promising signs.

-
For those curious what kind of toll the draft process can take on these players, look no further than George De Paula's measurements here in Treviso. Many people liken the NBA pre-draft process to a job interview, but that seems to take for granted the sheer volume of workouts, travel days, and time spent away from home these prospects endure, especially players like De Paula who start their campaign at the Hoop Summit in April and can't take a quick flight back home. Tipping the scales at 202 pounds back them, De Paula subsequently weighed in at 197 pounds at the NBA Draft Combine before coming in at 194 pounds here in Treviso. There's something to be said for the randomness of weight measurements, but it also seems clear, that even for a well-conditioned athlete like De Paula, life on the road for an NBA prospect can be a real rough grind.

Up a quarter inch in every size measurements, De Paula has steadily measured right under 6'6 in shoes with a 7'0+ wingspan. Needless to say, he has tremendous size for his position.

-
One of the most productive scorers at this year's camp, 1996-born Diego Flaccadori measured 6'3.5 without shoes, with a 6'7.75 wingspan. He doesn't have tremendous size for a shooting guard, but he isn't as small as his listed size over the years might lead some to believe.
.

-
Standing 6'10 in shoes (6'8.5 without) with a 7'5.25 wingspan, Alpha Kaba's +8.75 wingspan differential is on par with players like Kawhi Leonard (+9) and Andre Drummond (+8.5). Tipping the scales at 226 pounds and registering a 30 inch maximum vertical leap, should Kaba get drafted, it will be interesting to see what his body and explosiveness look like after a few years in a NBA strength and conditioning program, as he seems to be in very very early place in his development process.

-Intriguing Montegrin forward Aleksa Ilic measured 6'8.25 without shoes with a 7'0.5 wingspan. Registering only a 29 inch maximum vertical leap Ilic's real ability belies his testing results as his athletic feats for Sutjesk Niksic this season and for the Montenegrin U18 national team suggest he's one the most explosive young athletes in European basketball. Ilic's game doesn't resemble that of a typical international NBA prospect at this point, and he still needs to work on his frail 178-pound frame, but the 18 year old is almost big enough to play the power forward position at the NBA level, where his athletic ability would be an asset if his skill level rounds out.

-
19 year old center Zoran Nikolic has impressive size, standing 6'10.5 without shoes to go along with a 233-pound frame, a 9'1.5 standing reach and a 7'1.75 wingspan. Playing primarily for Prat Joventut in the LEB Gold, Nikolic was impressive at times this weekend, and his strong measurements for a center are a bonus.

-
Dejan Todorovic tested out well athletically, but his 6'6.5 wingspan isn't particularly impressive given he measured 6'5.5 without shoes.

-
16 years old and nearly possessing the size to play center at the NBA level, Turkish power forward Omer Yurtseven stands 6'10 without shoes with a solid 7'0.75 wingspan and a promising 228-pound frame. Putting those two numbers in perspective, his 9'0 standing reach is two inches taller than the average power forward selected in the top-15 all-time and 2 inches shorter than that of the average center. Flashing some budding skills at the power forward position, even if Yurtseven's development as a shooter stagnates, there's a strong chance he'll be big enough to play the five by the time he's old enough to declare for the draft in 2017.

-
1997-born Lithuanian center Laurynas Birutis stands 7'0 without shoes with a 7'2.25 wingspan and a massive 9'3 standing reach. He obviously has tremendous size for a center, but his 214-pound frame is in major need or improvement. Fortunately, the 17 year old still has plenty of time to bulk up.

-
Pegged as a bit of tweener at points in his career, Lucas Dias measured 6'9 without shoes with a 7'0 wingspan and a 214-pound frame which dissolves the premise of him being too small for the four spot at the next level.

-
Rolands Smits measured better than expected at 6'8.5 in shoes with a 7'1.5 wingspan. A 1995-born forward, Smits, like Lucas Dias, appears to have better size for the power forward position than his listed measurements would lead some to believe. His 30 inch max vert is very solid for a European power forward.

-
Standing 6'4.5 without shoes at age 16, Acoydan McCarthy is nearly 6'6 in shoes, but still has a lot of room to grow. Real Madrid is going to supposedly give him a run at the point guard position in the future, so it will be interesting to see if the young Spaniard can transition to being a big lead guard at the junior level as his body continues to mature.

-
Dzanan Musa, the 1999-born small forward who dominated the one game he played here, measured 6'7.25 without shoes with a 6'8.25 wingspan and 187-pound frame. Musa doesn't have great length, but possesses nice height and a frame that should fill out nicely over time.

-
Kevin Harley was the big winner of the athletic testing portion of the 2015 adidas Eurocamp. Measuring 6'6.5 in shoes with a 191-pound frame and a below average 6'6.5 wingspan, Harley finished no worse than 4th in the combine test administered among the group assembled here. His 3.11 ¾ court sprint and 35 inch maximum vertical leap are respectable marks, regardless of setting.

Composite Ranking
Here's a look at our composite athletic testing ranking, assigning each player a value based on their performance in the 5 tests administered here (3/4 court sprint, 4-way agility, reaction shuttle, no step vert, max vert). It is worth noting that the combine culture that exists here in the US does not exist in European basketball, so many of these players come in less than prepared for some of these drills.