Zack Rosen: One Month To Go 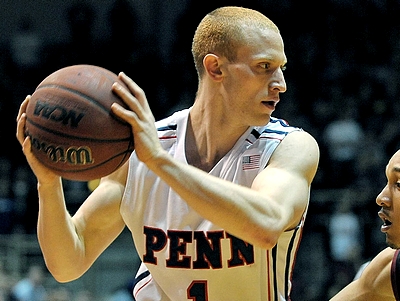 Zack Rosen
@DraftExpress
Zack Rosen discusses his two NBA workouts thus far in Philadelphia and New Jersey, the value of the private workout setting and their role in the decision making process, his relationship with his high school coach Danny Hurley, and more.

I have a great relationship with my high school coach, Danny Hurley. We rarely go a week without a phone call or text and a couple days ago he reached out with a message. Zack, you just gotta be relentless. No matter what, good day, bad day, just wake up and be relentless. Perfect timing coach. 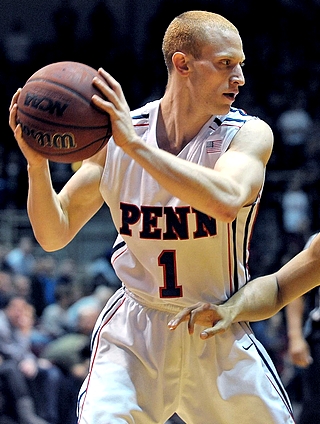 With NBA teams holding their pre-draft workouts, guys have opportunities to present themselves in small settings to coaching staffs, management, and scouts alike. All you can really do is make the most of the opportunities that you do get to play in front of these people.

Some situations are conducive to your style and strengths; others aren't. Sometimes you'll have a good workout; sometimes you won't. The key is to stay grounded and, like any season, just keep pushing through. These next two months or so is now the time to really dig in and be, as Coach Hurley said, relentless.

The real question here is what do all of these workouts mean and how much are they valued? Does everything you did in your four year college career just go out the window? Fortunately, your performance in college does carry some weight. One of the 76ers executives told me in my interview that if teams have waited for a sixty minute workout in May or June to evaluate a player then they aren't really doing their job. So the good news is that Synergy and live evaluations do hold up and tell executives a lot about what they want to know.

The other component, though, is that these workouts might be the first or second live look that teams have of me because I played at a non-BCS school. These workouts are a great platform to display my competitiveness, leadership, and work ethic.

I have participated in two workouts to this point and I've learned a fair share from both. The Nets/Rockets combine, which was held at the Nets practice facility in East Rutherford, New Jersey, was nice because we got a chance to play 5 on 5. There was some skill work, some 1 on 1, and a lot of controlled 5 on 5 scrimmages.

All 30 teams were represented and there were a lot of familiar faces. Former Duke star Chris Carrawell gave me some poignant coaching points and for me, the combine was interesting because in the testing, I ran the fastest ¾ court sprint time. I thought I wasn't athletic? (Insert shoutout to Jim Ferris here- my guy)

I also worked out for the 76ers. Our group was Scott Machado, Maalik Wayns, Terrell Stoglin, and myself. We tested again and were on the court for about an hour doing some shooting drills and a lot of 1 on 1. Scotty Mac was a high school teammate of mine and Maalik and I have gone at it for the past three years in Big 5 matchups. All three guys were at the New Jersey workout, so again a lot of familiarity. The workout went well and wearing a real Sixers jersey someday would be a dream come true.

Other than these two workouts, I am scheduled to visit some other teams in the month of June. Phoenix on the 12th, Detroit on the 15th, and Sacramento on the 24th are the knowns. We are waiting on dates from Atlanta, Chicago, Indiana, and New York.

It's an exciting time and while there's a lot of uncertainty, there's just so much to be thankful for. Bottom line here is that there's a chance. And when there's a chance, there's hope. I'm just going to go to any workout I have and as my man Kim English likes to say, Show em my Ace.

Kim was in Philly on Tuesday because he worked out for the Sixers on Wednesday. He wanted to stay sharp so I picked him up from the hotel and we got some shooting and 1 on 1 in at the Cathedral. Kim is a straight gym rat like myself and dude just loves to put in work. We've known each other since high school and it's been a pleasure to follow his progress. He's now reaping all of the rewards of his hard work. Guy is a soldier and he's someone who really deserves it.

Speaking of guys who love to put in work, I left Philly Wednesday morning for Queens, New York, to do a mini-camp of sorts with Kyle Fogg and two former Johnnies, Justin Burrell and Paris Horne. I've had the extreme privilege to meet and get to know coach Mike Dunlap through his relationship with our assistant coach Dan Leibovitz and my agent Leon Rose, and it was his idea to bring us together during this time when we need to be on top of our games.

So Coach Dunlap is leading the show and over the next few days we will be working our tails off. I've gotten to know Kyle a little bit over the past month or so and he's an extremely hard worker and gifted athlete. Paris and I actually played AAU together in high school and we all always knew he had a serious motor and that he was gifted. And the guy Burrell looks like he was chiseled out of granite.

There will probably be some other guys who mix in over the course of the week here and it's awesome because it's a great group of guys and every waking minute is one of learning and growth with Coach Dunlap. Teacher supreme.

That's all for now. June promises to be an exhilarating month leading up to the draft on the 28th when a lot of players' lifetime dreams will be realized. I'll be back with an update soon but until then, go out there and be relentless!!!
Read Next...