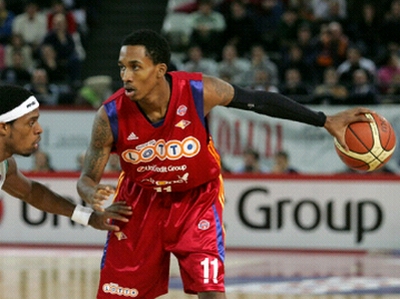 Jonathan Givony
@DraftExpress
Besides the prospects at Joventut, which I wrote about extensively already, I also got to take in a couple more draft-eligible players in the Barcelona areathe most notable of which was Romes Brandon Jennings.

Things have been anything but boring in Brandon Jennings world since the last update we provided a month ago.

First came a DNP-CD, according to some Italian sources because of something Jennings wrote in his excellent blog that may have been perceived as criticizing his coachs practice regimen:

Tuesday-Friday it was straight running, we felt like we were trying out for the Olympic Cross Country Team or something. I think the coach was upset about our loss last week, because he made us run on the football field (soccer field) for a good 45mins. Then the next day we ran 80 sprints in practice for an hour and a halfwhich was rough. It felt like we were back in pre-season training camp. Then the next day we worked on defense the entire practice. This was all leading up to our game on Sunday

After his team dropped their fifth straight Italian league game in a row (pretty shocking for a team like Rome), this time to tiny Carife Ferrara, Romes Croatian head coach Jasmin Repesa decided to resign reportedly after heavy pressure from ownership and the teams general manager, legendary Serbian basketball player Dejan Bodiroga. It was said that Repesa had lost the confidence of his players in the locker room, and that Jennings lack of playing time may not have sat too well with the people upstairs, considering the huge investment they made in him. In a subsequent move, the team also parted ways with former Celtic guard Allen Ray, who, despite shooting a very poor percentage from the outside, had been Romes most productive perimeter scoring threat to that point.

With a new interim head coach in place, Nando Gentile, Jennings was inserted back into the starting lineup for the game against Ricky Rubio and DKV Joventut. He did not disappoint in the least bit, saving arguably his best game of the season thus far for the watchful eyes of a number of general managers and at least 30 NBA representatives. We also covered the game for USA Today, and you can read the recap we did for them right here.

Jennings spent most of the game alongside Ibrahim Jaaber, playing both on and off the ball in Romes fairly disoriented offense. He looked very aggressive attacking his matchup, displaying his world-class speed in the open floor, and moving the ball nicely around the court finding open shooters. On two separate occasions he punished Joventuts full-court press on an in-bounds pass by faking a move towards the ball, only to take off in a full-sprint in the opposite direction, receiving a lob-pass over the top of the defense and going in for an easy score.

Jennings perimeter shot again wasnt falling in this game, something that has increasingly become an issue for him in both the Italian league and Euroleague. Hes hit just 9/47 attempts from beyond the arc this season, or 19%, while converting on only 46% of his two pointers.

Decision-making continues to be an issue for the young point guard, both in the form of careless turnovers and poor shot-selection. He pulled up wildly off the dribble from well beyond the 3-point line on one occasion before anyone else had touched the ball, and attempted a very off-balance floater from the free throw line shortly after.

Defensively, Jennings struggled. Ricky Rubio blew by him on a couple of occasions even though everyone in the building knew he could only drive left, and he even fell down on one possession trying to stay in front of his man. The pick and roll gave him all sorts of trouble, and he again made very little effort to try and crash the glass or get his team extra possessions.

All in all, Jennings wasnt at his best, but still emerged as one of the best players on the floor at times, which is an impressive feat considering his age, lack of experience and the level of competition hes currently playing at. 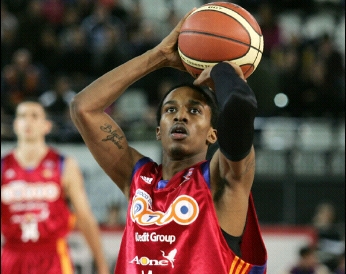 After the game we spoke with him in the locker room about a number of issues. Here are some key quotes:

-About playing against Ricky Rubio:
It was cool. He was only playing with one hand. Hes pretty good. Not bad.

On what Europe has helped him improve on:
Maturity. Im more mature. Ive handled it well so far. Im learning something now. Im around older guys that have been here beforeIbi [Ibrahim Jaaber], Sani [Sani Becirovic], Hutson [Andre Hutson]. Its a learning experience. 

-On being on a short leash:
I make mistakes and they take me out. It is what it is. Im gonna make mistakesIts a little bit frustrating not to play.

-On whether this is how he envisioned Europe:
I knew coming in that there will be ups and downs. This has made me stronger. Im seeing what its like to not be playing. Who knows, in the League I might not be playing at first. Mentally this is something good to go through.

-On whether he was sad to see Coach Repesa step down:
-I never gave it no thought.

-Thoughts on the media criticism from outlets in US about his lack of stats in Italy:
I never read it. I dont read it. Its a long season, and its still early. I cant get caught up in that stuff. Im sure it was negative. People dont understand what its like here in Europe.

-On working on his defense:
-Im getting smarter and stronger. Thats something that will come along.

-Question from Spanish media outlet on why he came to Europe:
To learn the pro game for a year or so. The goal is to learn. Hopefully on June 26th Ill be shaking David Sterns hand.

-On what he needs to improve on:
-My strength and my defense.

-On whether there is pressure on him:
Coach says to play with confidence. There is no pressure at all.

-On what he would tell a high school player currently considering playing in Europe:
First thing, if youre not mentally tough, you have no chance. Their passion here is unbelievable. If you get on a good team, you wont be scoring 35 points. There will be ups and downs. If youre mentally tough, you will succeed. I knew that with this team we had a chance of winning the Euroleague and Italy.


This trip also gave us the opportunity to attend a game between Vic and Unicaja Malagas second team, Clinicas Rincon Axarquia.

The main prospect in this game was Brazilian big man Vitor Faverani, and unfortunately we seemed to have landed on a very poor outing. Faverani turned the ball over seven times in just 18 minutes, scoring 10 points but settling excessively for playing outside in a game that quickly became a blowout by the second quarter.

Faveranis physical tools are undeniable. Showing great size at 6-10 or 6-11, he has a great frame, an nice wingspan and very good athleticism. Hes bulked up pretty well since the last time we saw him, and showed great leaping ability and nice overall mobility. Offensively he mostly tried to shoot flat-footed jumpers from outside, even making a few thanks to his nice touch, while in the post he displayed a good looking left-handed jump-hook but mostly looked disinterested in making his presence inside. 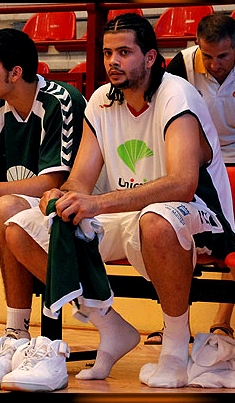 Faveranis fundamentals on defense are pretty poor, even if he has very good tools to get the job done. He looked pretty lethargic for the most part though, doing everything at his own deliberate pace and not showing any real sense of urgency. His body language looked poor both in warm-ups and around his teammates, while the intel from off the court speaks of much more serious issues.

Faverani remains a great talent but looks highly unlikely to achieve his potential looking at the career path he appears to be on these days. Hes been able to put up good numbers in the Spanish second division (LEB Gold) and is even seeing some occasional playing time in the Euroleague as well with Unicaja, but the biggest improvement he needs to makeregarding his intangibleslooks like just as much a problem as ever.

Hes the type of talent someone is bound to gamble on in the second round, either this year or next when he becomes automatically eligible for the draft.

There wasnt a great deal of definitive conclusions to be gleaned from watching them strictly in this setting, but it is pretty obvious that Mamadou Samb is someone that teams need to at least take a look at based on his physical tools and skill-level. Samb looks like a legit 6-10 with a very nice frame and wingspan, and in this particular workout shot the ball very well from beyond the arc. Usually you dont see players of his mold stepping out beyond the 3-point line like that, which is intriguing. 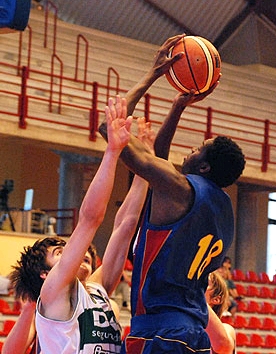 Hes having an excellent season in LEB Silveraveraging 15 points, 8 rebounds and 3 blocks in 30 minutes per game, shooting 63% from 2-point range, 36% from 3 (14-39 in 10 games) and 87% from the free throw line. He seems to be coming along nicely, despite still being very foul prone, looking fully recovered from his knee problems and still two years away from being automatically eligible for the draft. There is reportedly a good chance he could be playing in the ACB next season, especially now that he is a naturalized Spanish citizen.


Now that were back in the States, well have a chance to really buckle down these next few weeks to fully catch up on anything we missed out on in college basketball, and begin the lengthy task of updating everyones player profiles. Be on the lookout for changes to our mock draft, our player profiles, and a significant upgrade to the sites interface.

Also, a quick shout out to Sumo Lounge who very persistently insisted that I had a (free) Sumo Chief Rocker waiting at my door when I landed from Europe. Its a very comfortable, very practical living room piece that is perfect for sitting around and reading on, or more likely in my case, watching basketball on. Its pretty much just a very soft rocking chair that conforms to your body nicely, but offers excellent support, which helps not fall asleep too easilya problem for some. I like the fact that its not too big and thus fits into my New York City apartment efficiently. Definitely give Sumo Lounge a shot if youre in the market for some cool, modern-looking furniture.
Read Next...