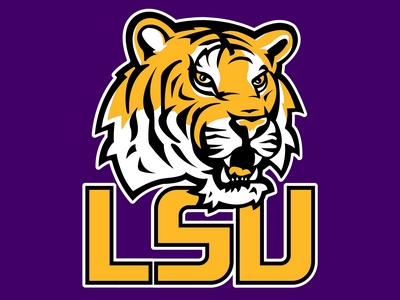 DraftExpress
@DraftExpress
The first ever LSU Combine is being held right now in Baton Rouge, under the watchful eye of about 50 NBA scouts (according to reports we received). NBA scouts were handed a booklet of information, which included a barrage of measurements and athletic testing data, even some unique ones, such as the amount of time it took a prospect to run the mile.

There may be some kinks needed to be worked out with the way the data was collected and reported according to what we can tell on first glance, as some players (such as Craig Victor) were missing large bits of information, while others had data that clearly appeared to be misrecorded (such as Josh Gray) or exaggerated.

The heights, weights, wingspans and standings reaches largely match up with other figures we have in our database for the same players, while the athletic testing results seem to leave a lot to be desired.

-
Antonio Blakeney was measured less than four months ago at the Nike Academy in Santa Monica, and, as expected, hasn't changed much in that time. He's only added one pound to his skinny frame (now 190), and remains slightly undersized for a shooting guard at 6'3 without shoes, with a decent 6'7 ½ wingspan.

Blakeney is an elite athlete, and LSU tested him as having a 45 inch running vertical leap, which would be the third highest figure ever according to our extensive database. His 39 inch no-step vertical would rank fourth all-time and his ¾ court sprint time would have tested third best ever. We can only wait and see how Blakeney's vertical numbers hold up when he is invited to the NBA Combine and tested officially down the road, as there is understandably a degree of skepticism among NBA scouts regarding numbers like this.

-
Poked and prodded in numerous other settings, Ben Simmons measured very similarly here to how he has elsewhere, at 6'10 in shoes, with a 7'0 ¼ wingspan that is a little over an inch longer than previously reported elsewhere. He has added 11 pounds to his frame since the Nike Skills Academy in late June, and his 9-foot plus standing reach is also very solid if accurate.

Simmons also tested off the charts athletically, with a 41 ½ inch vertical, a lightning quick lane agility time, and what would be the all-time fastest ¾ court sprint number in the history of the DraftExpress database if LSU's testing results are to be believed.

-
Brandon Sampson is an athletic freak in his own right according to the LSU testing numbers, with a 44 ½ inch running vertical leap that ranks among the best jumps ever in our database.

Sampson measured 6'5 in shoes, which is slightly lower than he did two years ago at the Nike Elite 100 (whose numbers have not proven to be particularly reliable historically), but he's gained 23 pounds in the past two and a half years, now up to a much more solid 185. His 6'8 ¼ wingspan is a little longer than previously thought, and fairly solid, albeit not overwhelming, for a shooting guard.

-A missing line of data meant that Craig Victor's height, weight and wingspan were not listed on the measurements provided by LSU. Only his reach, bodyfat, hand length and hand width were.

-
Tim Quarterman is one player we didn't have any type of measurement data on, as he was not an incredibly highly regarded high school player and thus wasn't invited to various camps where this data is typically collected. He measured out as expected, at 6'5 without shoes, with a very nice 6'9 ½ wingspan. Listed last year at 187 by LSU, he weighed in at 190 pounds, as its clear he needs to put weight on his frame (only four reps of the 185 pound bench press). He measured very small hands, at 8 ¼ inch length wise and 8 inch width.

-
Elbert Robinson can't be considered much of a prospect, having only played 6 minutes per game as a freshman, but considering he stands 7-0 in shoes, with a 9'4 standing reach, a near 7'5 wingspan and a 292 pound frame, he's got some things to build off from a physical standpoint. Unfortunately he tested a 19% body fat. He is down 30 pounds from the last listing we have on him, at 322 pounds, from the Nike Skills Academy in the summer of 2013.

-
Another record-breaking performance in the athletic testing was put in by Keith Hornsby, son of Grammy award winner Bruce Hornsby. The senior posted what would be the fastest ¾ court sprint time ever (even faster than Simmons) by a decent margin, while also recording the quickest shuttle time of anyone in the group. To top that off, he measured a 42 ½ inch running vertical leap, and bench pressed the 185 pound bar 22 times, which ranks among the best performances ever for someone his size (6'2 ½ without shoes, 208 pounds). The one negative were his tiny hands, which would be tied for the smallest ever recorded length wise, and rank second smallest ever width wise.

-Josh Gray's wingspan is listed as being 7'0, which seems fairly improbable considering he measured just 6'0 without shoes.
Read Next...