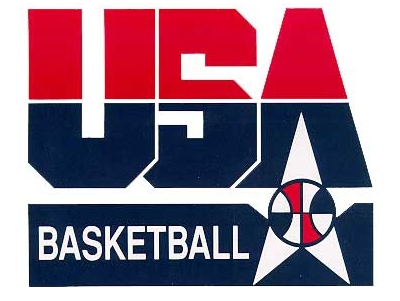 Jonathan Givony
@DraftExpress
About a week before the ball drops on the 2009 NBA draft, we decided to spend a few days in Colorado Springs, checking out the talent for next years draft and beyond at the tryouts for two USA Basketball teams this summer.

33 players are here trying out for USA Basketballs Under-19 and World University Games roster, which will be competing in New Zealand and Serbia respectively. Before we go into an evaluation of some of the top players on hand, well first talk about this setting and the scuttlebutt coming out of it.

 The Under-19 roster is comprised entirely of players who just finished their freshman season in college, except for two recent high school graduates, Kenny Boynton (Florida) and Dante Taylor (Pittsburgh). 17 players were in attendance. The roster was cut down to 12 today with the following players not continuing on to New Zealand:

Here are the players that did make it:

 The World University Games is eligible for all college students, and is made up of rising juniors and seniors. 16 players were in attendance. The roster was cut down to 12 today with the following players not continuing on to Serbia:

Here are the players that did make it:

 This setting was interesting for a number of reasons, especially because of the fact that the players actually needed to compete for a roster spot. That raises the level of intensity of the practices significantly, but also makes for an interesting perspective, since pretty much none of these thoroughbreds have ever been put in a situation that they actually have to prove that they are worthy of being on a team.

 You could see plenty of nerves early on, from the younger group of players especially, who really seemed to hang their head after pretty much every mistake they made. They eventually settled in, but you could tell that these players are just not used to the concept of a team potentially not being interested in their services.

For some, this is a great introduction to the harsh reality of professional basketball, where they often just arent good enough to play at every level of competition. Being cut, or even facing the threat of being cut can be an incredibly humbling experienceNo wonder so many players were diving on the floor for loose balls and stepping up to take charges, even long after they were tugging on their shorts from exhaustion, a combination of the extreme altitude and the fact that many players were mostly inactive since their season ended in March.

 We asked Tyshawn Taylor what his thoughts were on having to show that hes good enough to make the team, and whether hes ever been in a situation like that before:

No, not that I can remember. Ever since I got into high school its kind of been like, Tyshawn youre on this team, this is what youre going to do. But its never really been like this where I have to work out against guys who are just as talented if not more talented than I am. To have to make this team and impress great coaches like Jamie Dixon, Roy Williams and Jim Boehiem, Ive never had to do this. But this is a good experience for me.

 There were somewhere around 15-20 NBA scouts here coming and going to check out the action, with no more than a handful being high-level executives/decision makers. With all the self-pity that goes on every year from General Managers complaining about how they arent being given the chance to properly evaluate the prospects available to them in the draft due to the restrictions placed on 5 on 5 play, you would think they would jump on the opportunity to evaluate a number of potential future lottery and first round picks in a setting like this. That obviously isnt the case.

 Its true that many teams are in the process of working prospects out every day, but many arent, and its debatable regardless whether they are actually seeing anything meaningful in a workout setting anyway. Are they really better off watching Jordan Hill shoot left-handed hook shots in a gym all by himself?

 For the cost-conscious amongst us, who dont have the budget to spend 180 days of the year in airports and hotels, this is a perfect setting to see such a large group of prospects in person competing just a few feet in front of you. Once you get that part of the evaluation down (true size, athleticism, body language), we feel like you dont lose all that much by filling in the blanks of their skill-sets with services like Synergy Sports Technology and your DVR. That saves a lot of time and money.

 Its pretty amazing to note the stark contrast between the U-19 group and the World University Games roster. Immediately when they alternate courts you see an incredible difference in physical maturity, as well as their understanding of the game. The ball moves faster, the spacing is much better, the intensity raises a couple of notches, the half court sets are crisper, and the overall level of play rises dramatically.

 Part of that has to do with the fact that the WUG group is just more talented, but a lot of that revolves around just how much better players get between the ages of 19 and 21, in many different aspects. Is it any wonder David Stern wants to protect his teams and allow them to make better decisions on draft night by forcing players to stay in school for a few years? The difference between players in these age groups is simply night and day.

 While a significant amount of time here is based around competitive 5 on 5 scrimmages and instilling set-plays, there is also a certain development aspect that goes on at the same time as well, both on and off the court. Weve seen the players put through a number of drills intended to help them improve on their skill-levelthings that wont reap immediate benefits for Team USA, but could be beneficial for the players long-term. Perimeter shooting, ball-handling, post-moves, transition playjust some of the drills that weve observed players conducting on the side while the teams alternate between the main floor for scrimmaging. Now that the teams are actually set and the players do not have to be evaluated any more to check their potential fit on the roster, we expect to see a lot more of that going on.

 In addition, the presence of such a large amount of highly respected college coaches surrounding the players at all times, barking out instructions, encouraging and providing feedback, has to be viewed as a major benefit for those that decided to attend. With all the criticism that is heaved in the direction of American basketball (some of it entirely-deserved), there is no question that the USA Basketball people are doing their part to help the players develop from a maturity and skills standpoint. They are ultimately making them better players and future pros, and are definitely good for the game.

In addition we also find the USA Basketballs junior National Committee, including the likes of Jim Boeheim (Syracuse), Lorenzo Romar (Washington), Bruce Weber (Illinois) and Roy Williams (North Carolina), who are sitting courtside, next to the godfather of USA Basketball, Jerry Colangelo.

Thats a pretty impressive group, any way you slice it.

 While it may sound cliché, the emphasis here is clearly on playing the right away. The coaches are for the most part all from programs known for being extremely organized and disciplined in their approach to the game, and much of the instructions they give the players from the sidelines revolve around concepts such as playing strong defense, moving the ball around unselfishly, correct spacing and not settling for bad shots. While there are referees on the court, they are forcing the players to adjust to the physicality of international basketball by calling the games very loosely, which makes things far more educational in our eyes.

 With that in mind, it should be said that the USA Basketball people have not had the easiest time filling out the rosters with the best talent available to them. While they would never publicly state as much, word trickled down from the NBA-types that as many as 19 players declined their invites to attend these tryouts, just from the Under-19 group. There are many reasons for that, mostly revolving around the fact that the schools and college coaches want their players on campus in the summer to attend summer school and get a head start on staying eligible, and thus maintaining their APR (Academic Progress Rate), which is essential for not losing future scholarships. As Jerry Colangelo told us in a wide-ranging interview that will be published in the next day or two, they have their own agendas.

 Some players, such as Kemba Walker, decided they would rather attend Nikes Lebron Camp instead of representing their country in international competition, which is a real shame. Ignoring the patriotic element for a momentwhich is a much stronger pull in seemingly every other country in the world outside of the US-- its tough not to feel like these players are missing out on a wonderful experience. Colangelo vowed to pay special attention to this issue and stressed the success theyve had getting the younger and older NBA players to make sacrifices and commit to USA Basketball. He feels like its only a matter of time until the U-19 group is the same way.

 Its pretty hard not to look at the roster that has been put together for the U-19 World Championship in New Zealand next month and not feel like this is a pretty weak group overall. Instead of rolling out a team with the likes of John Wall, Willie Warren, Ed Davis, Al-Farouq Aminu, Devin Ebanks, Greg Monroe, Sylven Landesberg, Kemba Walker and countless others (not to mention freshmen like Tyreke Evans, Brandon Jennings and Jrue Holiday, who are currently in the 2009 draft), this team has had to settle for a far less talented group.

 From our NCAA Freshmen Rankings, we have to scroll all the way down to the 20th and 21st spots to find the first participants in this USA Basketball tryoutTerrico White and Gordon Hayward. We (and the NBA teams in attendance) now know that we need to bump up Tyshawn Taylor significantly after what weve learned, but if this team is going to come home with the Gold medal, it certainly isnt going to be because they are the most talented roster in New Zealand.

 The situation on the World University Games roster looks a bit better. Craig Brackins and Evan Turner are both currently projected as lottery picks on our 2010 mock draft, while James Anderson and Trevor Booker are in the first round. This group will have their hands full with the very talented and experienced Serbians on their home floor, but they wont be underdogs going in. There are quite a few notable players not in attendance, though, such as Cole Aldrich, Patrick Patterson, Kyle Singler, Larry Sanders, Manny Harris, Stanley Robinson and Matt Bouldin.

 Sherron Collins is another omission, except he was already committed to the Team USA until he pulled out at the last minute, citing family issues. We saw Collins shooting around about a month ago while we were in Chicago, and we have a feeling that the fact that hes about 25 pounds overweight has a lot more to do with it.

 Well be back in the next day or two to evaluate the top players seen here with scouting reports.
Read Next...