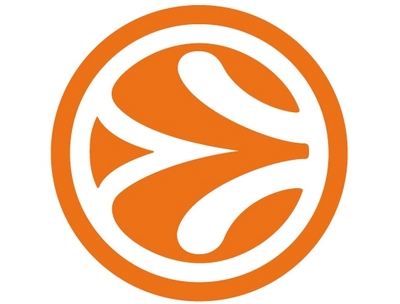 The beat goes on in Moscow

Partizan Belgrade's appearance in the Final Four ranks as one of the most shocking qualifiers in recent memory, but CSKA Moscow's case should not be dismissed either.

After cutting its budget substantially, declaring an acute preference for Russian-born talent and losing the services of the most respected coach in Europe in Ettore Messina, few expected to see this team back on this stage, for what will be their eighth straight appearance.

Incoming head coach Evgeny Pashutin has done a wonderful job bringing this group together. Initially, he suffered through a great deal of adversity that had many in Moscow calling for his head, but he managed to get through that tough period and help his team persevere.

A couple of relatively comfortable draws in earlier roundsparticularly the Polish team Prokom in the quarterfinals--helped matters somewhat for CSKA, as did the presence of Euroleague stalwarts J.R. Holden, Ramunas Siskauskas, Viktor Khryapa, Trajan Langdon and Zoran Planinicholdovers from the previous regime.

But plenty of credit should go to Pashutin as well. He cut down the team's rotation substantially and took the unconventional step (at this level of European basketball) of playing his main players 30-plus minutes each game.

The team is playing at a faster pace these days (averaging 69 possessions per game, up from 65 last year), and the players seem to be enjoying themselves quite a bit with the increased amount of offensive freedom Pashutin has given them. CSKA shoots an unbelievable 50% from the field and 42% from beyond the arc, and plays strong defense on top of that.

With the type of experience at his disposal, Pashutin knew he did not have to reinvent the wheel to be successful. He's ridden the talent he's had all year long and has seen his very experienced team stay remarkably healthy, with the exception of Matjaz Smodis, who has been out pretty much all season, but may actually get some burn tonight.

Taking the helm of a historic team such as CSKA after the incredible success they enjoyed under Messina is a tough task to follow. They're nowhere near as dominant as in years past, but Pashutin hasn't missed a step, and his team is right back where it was last year--an amazing accomplishment all things considered.

We'll see how long they can keep pace with the incredibly disciplined, talented and free-flowing style of Barcelona in the semis. Barcelona is considered by many to be the favorite to win this tournament. CSKA will have to stay hot all game from beyond the arc to have a chance, but with some of the biggest winners in European basketball on the team--namely Siskauskas, Langdon, Holden and Khryapaand no pressure whatsoever thanks to their underdog status, anything is possible.

To get an inside perspective on what makes CSKA and Pashutin tick, we spoke with his colleague David Blatt, who worked with him extensively with the Russian national team.

I think Evegeny has done an amazing job with CSKA this year. He indeed has Holden, Siska, Langdon and Khryapa, but the team lost Smodis for the whole season, Erazem Lorbek, Terence Morris, Nikos Zissis from last year's team, and with new coach and so many changes they are right back where they were before.

They won the cup in Russia and the VTB United league title which they didn't do last year, and they are as competitive as ever, using many more Russian players than they have in the past.

Zenya has worked with Dusan Ivkovic, Ettore Messina and myself on the Russian national team in the last six years, and he has contributed greatly to all those successful teams. He has shown the ability to form his own philosophy that works with him at the helm in the best of fashions. He is a quiet, but serious and a likable professional who is a first class basketball mind and sportsman. Good things happen to good people, and without a doubt, he is in that class.

As is the case every year, a parallel tournament called the Nike International Junior Tournament, organized by Ed Scott, will be played alongside the Euroleague Final Four. It brings together eight of the top junior teams in Europe, mostly consisting of players born between 1992 and 1994, and gives NBA scouts, European executives and fans a chance to see the next generation of stars.

This is a major draw for a site like ours, and is one of the reasons we haven't missed a Euroleague Final Four in the last seven years. Some of the players we've evaluated in previous years include Donatas Moteijunas, Alexey Shved, Milos Teodosic, Luigi Datome, Omri Casspi, Milan Macvan, Dejan Musli, Jonas Valanciunas, Nenad Miljenovic and many many others.

Besides being a terrific place to evaluate hard to reach prospects, it's also a major gathering place for all members of the NBA and European basketball community, serving as an outstanding networking opportunity.

The eight teams participating this year are as follow:

With each passing year, there seem to be more people interested in covering the exploits of the top talents in Europe basketball.

Two of the most notable ones are: EuropeanProspects.com and EuroHopes.com. Both are excellent websites that take the time to evaluate these players in person and provide people like us with objective information that is otherwise extremely hard to come by.

Unfortunately, these people don't get as much credit for their work in Europe as their counterparts in the States do. EuropeanProspects.com was shockingly denied a credential for the Final Four this year for reasons no one can quite comprehend.

Both sites wrote very helpful previews of the NIJT. We strongly recommend taking the time to see what they have to say.

Olympiacos vs. PartizanNot for the Faint of Heart

While Barcelona vs. CSKA Moscow will likely be an up-tempo, free-flowing affair, Olympiacos vs. Partizan might remind people more of an NFL game played on a snowy day in December.

Both teams sport strong, aggressive front lines with plenty of size and the ability to simply overpower an opponent in half-court situations with a combination of intense defense and bruising screens. The Greek and Adriatic Leagues, which is where these teams come from, are known for their slow tempo, their physical style of play and the no blood, no foul mentality of their referees, which should translate beautifully to this setting.

Expect a tactical chess match between renowned coaches Dusko Vujosevic and Panagiotis Giannakis. The team that executes better and plays harder is likely to come out on top.

Olympiacos has a wider array of weapons on the perimeter--namely ex-NBA players Linas Kleiza and Josh Childress--while Partizan will likely look inside to Aleks Maric and Lawrence Roberts to force the defense to collapse and open up room for their guards to get off clean looks. Unfortunately for Partizan, Olympiacos has one of the biggest and deepest front courts in Europe, and is capable of running quite a bit of offense through their big men as well.

It will be interesting to see how well their fan basesarguably the most rabid in European basketballare able to travel, as neither country is doing particularly well financially these days.

When the preseason predictions came out, most pundits pegged either defending champions Panathinaikos or Ettore Messina-led Real Madrid as the favorites to win the Euroleague crown. Surprisingly, neither team is present. That has to be a huge disappointment for their fan bases and sponsors.

Panathinaikos' age has clearly caught up to them at this point, as has the stubbornness of their head coach, Zelko Obradovic, who is being heavily criticized for his failure to adapt to the modern style of play we find in the Euroleague these days. Sarunas Jasikevicius, Antonis Fotsis and Vassilis Spanoulis did not have great years by their standards and there is talk of blowing up the roster and starting anew.

Real Madrid, on the other hand, assembled an army of highly-paid free agents to go along with their already expensive crop of players. But they've been inconsistent throughout the year with the results they've seen. Messina has had a difficult time bringing this group of veterans together. He has continued to tinker with the roster throughout the season in the hope of finding a combination that works.

Disappointing campaigns from Felipe Reyes, Travis Hansen and Rimantas Kaukenas haven't helped matters. At this point, Real Madrid fans can only hope that the team can find a way to jell in advance of the ACB playoffs, which start later this month.

Caja Laboral (formerly known as Tau Vitoria) was once considered a near-automatic qualifier for the Euroleague Final Four, but they seem to have fallen on hard times as well.

They have been deprived of much of the regional financial assistance they relied upon so heavily in constructing their roster. Losing the likes of Igor Rakocevic--arguably the best player in Europe last season, but an incredible disappointment after signing a gigantic contract with Efes Pilsen--and Pablo Prigioni was just too difficult to overcome. It's questionable whether Caja/Tau can find the resources necessary to compete with the top teams in Spain, and in Euroleague, as they did throughout the past decade.

Players like Carl English and Pau Ribas are clearly not good enough to take this team to the heights that its terrific fan base has become accustomed to, and they will need to be extremely creative with their player development program and on the free agent market this summer to return to there.
Read Next...