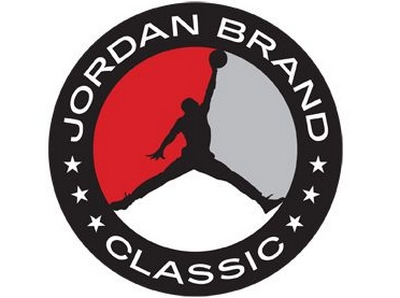 The final boxscore can be found here.

Andrew Wiggins was the top overall prospect at this event, and possibly in all of North America for his age group. This week provided an interesting opportunity to (again) evaluate him at an early stage in his development.

Wiggins has terrific physical attributes for a 16 year old, standing 6-7 with a great frame and smooth athleticism. He has the look of a top-shelf prospect, even if his skill-level is still catching up to his physical tools (as one would expect considering his age).

Wiggins is currently at his best in transition. He has the ability to get to the rim effortlessly and finishes with excellent extension around the basket, sometimes using his body to shield opponents. He makes plays that other players his age simply can't make thanks to his athleticism. He regularly goes out of his area for rebounds and plays in the passing lanes. He plays with intensity.

In the half-court, Wiggins is still a work in progress. He has average ball-handling skills and is a streaky overall shooter, even though it's clear that he's improved his jumper since the last time we saw him. To his credit, he doesn't force the issue very much and has a nice feel for the game.

Defensively, Wiggins has outstanding physical attributes and shows a solid commitment to making his presence felt. He has the size and strength to defend most big men and the length and athleticism to stay in front of perimeter players - something that is a huge advantage at this level.

He was impressive in the game itself as well, scoring 21 points on 9-16 shooting and grabbing 10 rebounds, which proves the hype around him is clearly not unfounded.

Wiggins obviously has a long ways to go, but there's plenty to be optimistic about moving forward if he continues to work hard and stays humble.

Dusan Ristic was one of the few players we were already familiar with coming into this event. He did nothing to change our opinion that he has a very bright future ahead of him, winning co-MVP honors and putting up an impressive 22 points and 12 rebounds.

Ristic stood out immediately at the first practice with his high skill-level, excellent basketball IQ and strong fundamentals. He picked up everything that was thrown at him and played with a smooth, under control demeanor. He scored in a variety of ways in the game: hook shots with either hand, soft mid-range jumpers and spin moves in the paint.

Ristic is only 15 years old. His body still has a lot of development to undergo, but his frame and his length leave plenty of room for optimism. In practice, he struggled at times with contact and needed to be reminded to box out and play with more of a mean streak, but in the game he had no problem asserting himself offensively.

Coming off a strong performance at the NIJT qualifier in Rome a few months ago (Hezonja helped his team qualify for a trip to the Euroleague Final Four in Barcelona despite being significantly younger than most of his opponents), Mario Hezonja was one of the more intriguing prospects slated to be at this event.

Hezonja did little to dispel the notion that he's one of the top young prospects in European basketball over the course of the week, although his performance in the game was a bit uneven  he scored 15 points and dished four assists, but shot just 6-19 from the field and turned the ball over eight times.

The intrigue around Hezonja begins with his excellent physical attributes. He's a true wing player with terrific size (6-6), a very nice frame and outstanding athleticism. He reeled off a couple of impressive dunks over the course of the week and showed the quickness and fluidity needed to create his own shot effectively.

Hezonja has a nice stroke from beyond the arc, showing the ability to knock down 3-pointers with his feet set or off the dribble. He can also beat his man off the bounce, getting low to the ground and even mixing in some nice spin moves at times.

His ball-handling skills are still a work in progress, though, particularly his ability to change speed and direction. His decision making ability hasn't quite caught up to his talent level, as evidenced by his poor shot selection and struggles with turnovers in Charlotte.

On the defensive end, Hezonja was not particularly impressive, showing average length and putting in little effort.

Hezonja also showed a bit of cockiness, which is a bit concerning considering his age. He looked aloof and displayed poor body language at times. Hopefully this is just a sign of immaturity and not an indication that his early success is going to his head.

In terms of physical attributes and pure talent, there's no question that Hezonja is well ahead of most players in the world at his age. If he continues to work on his game and stays humble, his future is obviously very bright.

Though he didn't stand out in practices leading up to the game, Slovenian point guard Aleksej Nikolic emerged as one of the better players at the Jordan Classic, scoring 12 points while dishing out four assists.

Nikolic is not a particularly impressive prospect from a physical standpoint, standing 6-0 (at best) with an underdeveloped frame and average athleticism. He is a smart and crafty player, though. He shows a nice shooting stroke from the outside as well as the ability to create shots fluidly for both himself and others, like a true point guard should.

He plays with confidence and is not afraid to make scrappy plays, showing plenty of emotion and maturity for a player his age. His long-term upside is limited due to his average physical tools (particularly on the defensive end), but he looks like a good prospect for European basketball based on what we saw in Charlotte.

One of the better long-term prospects at this event, German point guard David Taylor certainly has genetics working in his favor, being the son of LSU standout and NBA draft pick Derrick Taylor, now a coach in the German second divison.

Taylor's American background is obvious when looking at the way he moves on the floor. He shows good quickness and footwork handling the ball. He can also create his own shot confidently, utilizing hesitation moves and changes in direction with the ball. He also has the ability to make shots from beyond the arc. He has a good looking stroke, although his effectiveness drops when forced to shoot off the dribble.

Taylor plays with swagger, which can sometimes get him in trouble in the form of turnovers. He was a bit inconsistent in practice, but that is to be expected considering his extreme youth. Defensively, he has good potential based on his above average size and sturdy frame.

It's obviously too early to be drawing long-term conclusions about Taylor, but he has the tools and talent to develop into a nice prospect if he continues to improve over the next few years.

Landry Nnoko was the only U.S.-based player on the roster. He came to Montverde Academy via Cameroon, where he was hand-picked by countryman Luc Richard Mbah a Moute, who also attended the school.

Nnoko has terrific size at 6-11 to go along with an excellent frame and a long wingspan. He runs the floor exceptionally well, can elevate around the rim for emphatic finishes and plays with major energy when fully dialed in.

Nnoko's performance over the course of the week was uneven, though, revealing the extreme strengths and weaknesses of his game at the moment.

On one hand, he can make a huge impact defensively and on the glass by taking advantage of his excellent physical tools and work ethic. He can change shots as well and get his hands on loose balls. He wreaks havoc in the lane.

On the other hand, his skill-level is very low. He struggles to catch the ball effectively, is unable to make simple passes and struggles to score unless he's directly underneath the basket. He doesn't seem to know his limitations and is very mistake prone. He committed five turnovers in the game.

Nnoko is still at an early stage of his development. He is a player who needs plenty of time, patience and hard work to reach his full potential. Players with his physical tools and intensity level are rare commodities, though. He's definitely someone who is worth waiting on. A member of the high school class of 2012, Nnoko is someone we'll surely see competing at the college level down the road.

Kulikov made a strong first impression with his great frame and long arms, but that enthusiasm was quickly tempered when evaluating the rest of his profile. He shows a very limited skill-level, with strange shooting mechanics and limited footwork. He does have decent touch around the basket, though.

His body language in practice was poor. He showed little effort and struggled to pick up instructionsomething that obviously wasn't helped by the language barrier.

Kulikov saw little playing time in the actual game (16 minutes) and didn't have much of an impact (2 points, 2 rebounds) in his time on the floor. Big men often take longer to develop, so it will probably take some time for him to come around.

Czech forward Adam Pechacek came into this game as one of the more highly regarded prospects in terms of reputation, but he made a stronger impression in practice sessions than in the actual game,

From a physical standpoint, Pechacek has big hands, good athleticism and a strong, well-developed frame for a player his age. His wingspan appears to be just average, though.

Skill-wise, he showed some intriguing skills on the perimeter, with his nice ball-handling skills and his ability to make the international 3-pointer. In the actual game, he mostly hung out around the perimeter and didn't have much of an impact in his 24 minutes on the floor. This means we'll have to wait for another opportunity to see him play to get a better feel for his skill-set and long-term potential.

One of the more experienced players on this squad, Seskus is already seeing minutes in the Lithuanian second division despite just recently turning 16. He was also one of the most confident prospects at this event.

He has a strong, mature frame and a good feel for the game, although he doesn't appear to be particularly athletic on first glance (he noticeably lacked quickness and explosiveness).

Seskus can create his own shot fairly effectively, driving both left and right and acting as his team's primary ball-handler. His aggressiveness acted against him at times in the game, though, as he turned the ball over five times in 29 minutes (although he did dish out four assists).

Seskus shows a terrific stroke from beyond the arc. He knocked down shots from all over the court at the game, some of which were very tough shots. His upside looked a bit limited compared with some of the other perimeter players seen here. However, his skill-level, aggressiveness and feel for the game can definitely help him carve out a nice career if he continues to improve.