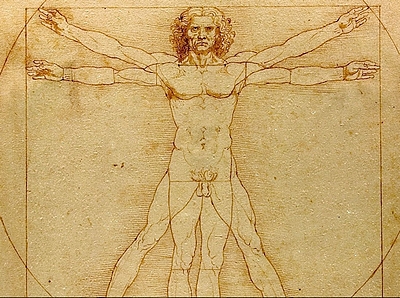 DraftExpress
@DraftExpress
Opinions on the importance of measurements vary greatly, as they are just a small piece of the puzzle that determines whether a player will end up being successful. Measurements are still widely anticipated both by NBA draft fans and talent evaluators because they present a completely objective way of comparing prospects.

Check out our measurements database and see how prospects in this class stack up with players in our from the last 10+ years. Keep in mind that you can sort them by position and by where they were drafted with the help of the drop-down menus at the top.

To narrow down the pre-draft measurements and look only at prospects projected to be picked in this draft, use the minimum position drafted filter.

Discrepancies
Each year we find a few prospects who have grown or shrunk at various venues, and this year's clear-cut winner is Big East Player of the Year Jae Crowder who picked an ideal time to grow an inch (and shed 4.6% body fat):

Despite the height and wingspan difference, Crowder's standing reach dropped 3.75 inches. The way these prospects are tested differs at each stop on their pre-draft tour, and this is just one example of the variance we see event-to-event.

Anthony Davis's 7'5.5 wingspan ranks him in the top-50 or so prospects in our database all-time, but it is what he's able to do with his length and size that makes him such a special player. The clear-cut top prospect in this draft class, it will be interesting to see how Davis fares in the athletic testing, if only to see how a player we know is freakishly athletic fares in a combine setting.

-There are not too many ideal comparisons for Thomas Robinson (6'7.75 without shoes, 7'3.25 wingspan, 244 pounds) we can find physically, as his +7.5 wingspan differential makes him as long as a player like Jason Maxiell, but only half an inch shorter than a David West. In many ways, Robinson finds a middle ground among elite power forward prospects, especially when you take his 244 pound frame and 5 percent body fat into consideration.

Compared to the average power forward in our database, Robinson is slightly taller, heavier, and has a wingspan nearly 3 inches longer than the norm. Given the season he had and his presence on the boards, it seems safe to say that questions about Robinson's size are unfounded.

-Michael Kidd-Gilchrist's measurements (6'5.75 without shoes, 7'0 wingspan, 233 pounds) are actually quite close to those of a young Camelo Anthony (6'6.25 without shoes, 7'0 wingspan, 233 pounds). Kidd-Gilchrist, like Robinson and Davis, doesn't measure historically tall or long terms of sheer size and length, but obviously makes the most of his physical profile and has well above average tools for a wing at the NBA level.

-While the other top players in this class seem to fit well with the other prospects at their positions in the NBA, Andre Drummond (6'9.75 without shoes, 7'6.25 wingspan, 279 pounds) breaks the mold at the center position. Drummond is a fraction of an inch shorter, 30 pounds heavier, and has a 4 inch longer wingspan than the average center in our database. Couple that with his stellar athleticism and you have one of the more unique players in this draft class.

Drummond measured in as the heaviest and longest player at the 2012 combine, and his wingspan ranks him among the top-20 players ever entered in our database. As a point of reference, Alonzo Mourning (6'9.5 without shoes, 7'6.5 wingspan, 249 pounds) and DeMarcus Cousins (6'9.5 without shoes, 7'5.75 wingspan, 292 pounds) seem to share Drummond's combination of length and weight, but Drummond's body fat (7.5) is lower than both Mourning's (9.1) and Cousins's (16.4). Drummond ties Malta's giant center prospect Samuel Deguara (7'3.4 without shoes) for having the lowest body fat in our entire database among prospects weighing over 270 pounds.

-Harrison Barnes (6'7 without shoes, 6'11.25 wingspan, 227 pounds) measures out in a range more commonly reserved for combo forwards, as he's an inch taller than the average small forward in our database with a wingspan just under a full inch longer. There are not many ideal comparisons for Barnes physically from measurements taken in recent years, but he is somewhat similar to Joe Alexander (6'7.25 without shoes, 6'11.5 wingspan, 220 pounds).

-Another player whose size is often questioned, Jared Sullinger (6'7.75 without shoes, 7'1.25 wingspan, 268 pounds) would rank a fraction of an inch taller than average for a power forward (6'7.66 without shoes) but over two inches below average for a center (6'9.81). Potentially able to contribute at both positions at the next level thanks to his skill level and 268 pound frame, Sullinger is most similar to Kevin Love (6'7.75 without shoes, 6'11.25 wingspan, 255 pounds) physically.

Tipping the scaled at 286 in 2010 and 281 just last year, Sullinger's commitment to losing weight is also worth noting. Though he was the second heaviest player weighed in Chicago this year, the dedication he showed last fall leaves plenty of room for optimism as to how he'll be able to polish his physique.

-Perry Jones (6'10.25 without shoes, 7'1.75 wingspan, 234 pounds) runs the line between oversized small forward and skinny power forward. He would be the tallest small forward in our database should that be the position he ultimately plays at the next level, and his measurements are not unlike those of Jared Jeffries (6'10 without shoes, 7'0.5 wingspan, 230 pounds). At the power forward position, Jones still would rank as one of the top-20 players in our database in terms of height, being essentially the exact same size as a young (2004) Tiago Splitter (6'10.25 without shoes, 7'2 wingspan, 233 pounds).

-Terrence Jones (6'8.25 without shoes, 7'2.25 wingspan, 252 pounds) is an interesting case. He resembles a number of high level talents like Al Horford and Amare' Stoudemire in terms of height and wingspan, but is rather unique because of his 252 pound frame. His weight would actually place him above the mean for all center prospects in our database and is unique for a young athletic power forward. The best comparison for Jones physically may actually be Juwan Howard circa 1994 (6'8.5 without shoes, 253 pounds).

-Dion Waiters measured 6'2.5 and Damian Lillard measured 6'1.75 without shoes, but both players had wingspans above 6'7.

-Terrence Ross (66 without shoes, 6'7.25 wingspan) had the lowest body fat percentage at 3.2, and the 197 pound Ross ranks as one of the 10 leanest players in our measurements database. Among big men, Thomas Robinson, Bernard James, Festus Ezeli, and Meyers Leonard all fell below the 6.0% mark.

-Andrew Nicholson(6'8.5 without shoes, 7'4 wingspan, 234 pounds) measured in with the biggest hands at 10 inches, though he ranks behind a number of players measured at New Jersey's workouts.

-In contrast, Royce White(6'7 without shoes, 7'0 wingspan, 261 pounds) had the widest hands at 11.5 inches, which would give him a quarter of an inch on Kawhi Leonard, but place him a half an inch behind Greg Smith, who ranks 1st all-time in our database.
Read Next...