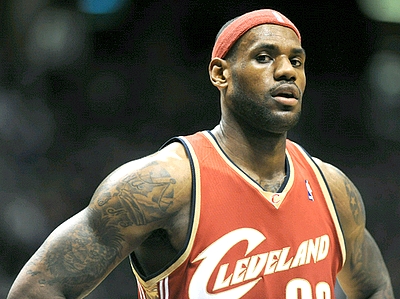 Jonathan Givony
@DraftExpress
With the 2009 NBA Draft in the rearview mirror, it's time to start thinking about 2010 and beyond, which prompted us to spend a few days at the LeBron James Skills Academy in Akron, Ohio. We were able to take in a number of top high school and college prospects, many of whom will be featured prominently on this site in coming years. In this initial report, we talk about who made it out to the camp and what they worked on, while our second report will feature evaluations of those who stood out the most.

The LeBron Camp has slowly gained in notoriety year after year as a hotspot for future NBA lottery picks, to the point that nearly every NBA team now sends a representative. This year's edition was no exception, even if there were no incoming college freshman in attendance, which is a departure from years past.

The top college prospects, with their ranking on our preliminary DraftExpress 2010 mock draft in parenthesis:

Between this, the USA Basketball Under-19 World Championship Tryouts, and the World University Games Tryouts, we've now been able to take in a pretty solid chunk of the players that will make up the 2010 NBA draft.

Alongside the names and colleges of the NCAA prospects on the roster list, we also find measurements done by the Nike people here at this camp. Despite the fact that we're always skeptical of measurements conducted outside of the NBA pre-draft camp setting, on first glance these appear to be quite realistic, and indeed cross-referencing the listing of one NBA combine participant in attendance here, Greivis Vasquez, yields a similar impression.

Some of the more notable figures include:

Obviously much more than just an exposure camp for NCAA prospects, the LeBron James Skills Academy featured 93 of the top high school players in America. Being here for just two days didn't allow us to get a great handle on most of the players here, but it did give us (and the NBA talent evaluators sitting alongside us) an opportunity to familiarize ourselves with the newest names that will be rolling off our tongues in coming years. This is mostly about first impressions, putting faces to the names of the very top prospects, eyeballing their physical tools, taking stock of their skill level, and making note of things to look for in the future.

It was interesting to hear the philosophies of the various NBA types in attendance regarding the value of scouting top high school prospects at such a young age. Some clearly were taking the task seriously, taking meticulous notes which they say they will later refer back to for comparison when they reevaluate these prospects for the draft, while others said they see no value in such a setting at all.

There was even one lone international prospect in attendance, a 6-3 Chinese point/combo guard by the name of Guo Ailun (or as the roster says, Aliun Guo), by way of Liaoning. Guo showed impressive quickness and ball-handling skills, looking very confident pushing the ball up the floor in transition and even pulling off a very nifty spin move and finish off the glass in traffic on one occasion. He showed the ability to create his own shot and find the open man off the dribble, but looked a bit out of control at times trying to make things happen. Guo is bound to draw comparisons to fellow flashy Chinese combo guard Chen Jianghua in coming years, but hopefully for him he is able to develop his fundamentals a little bit better.

Those decrying the state of American basketball, particularly the often dodgy world of AAU and summer basketball would likely have been pleased to see the amount of time Nike is devoting the development aspect of this camp. Very little time early on was dedicated to competitive five on five action, with the counselors appearing to put great emphasis on the Skills Academy portion of the camp.

We saw the players being put through hours of drills filled to the brim with personal instruction and concepts revolving around skill development, both individual (shooting, ball-handling, post moves, etc) and team oriented (off-ball defense, spacing, off-ball movement).

The coaches here made it a point to take the players out of their comfort zones and force them to work on things that they may not be accustomed totheir off-hand, passing, the full-court press, etc. Guards were shown the nuances of posting up, while the big men were asked to shoot jumpers.

An added perk for the campers was the fact that none other than LeBron James was participating in some of the drills for wing players on the second day, before taking part in five on five action alongside the likes of Danny Green, Tarence Kinsey, Christian Eyenga and his high school teammate Romeo Travis against the college prospects in the evening.