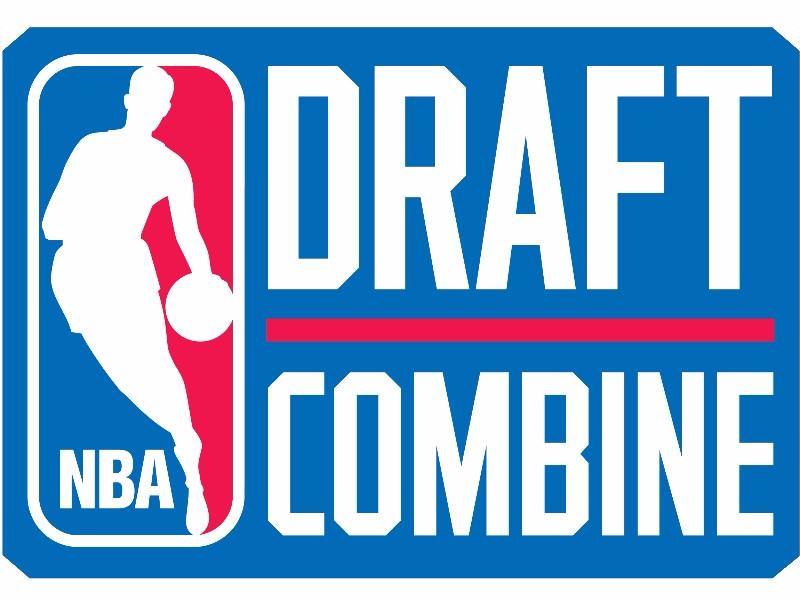 The 6' 9.5 Kuzma proved to be one of the most offensively talented prospects to play 5-on-5, as he showed how projectable his game is when he's knocking down shots with consistency (something he struggled with at times at Utah). Sporting a quick release with sound mechanics, Kuzma made four spot threes, knocked down a one-dribble pull up and looked really comfortable attacking off the bounce and finding teammates on the move. The Flint, Michigan native, who already decided to forego his senior season and sign with an agent, still needs to get make strides defensively, but he certainly helped his stock with his game-one performance and, if he can shoot it well enough in workouts, could hear his name called in the first half of the second round (or even potentially late first) pending his remaining workouts and interviews.

Wooden award winner Frank Mason didn't need any time at all to adjust to the style of play at the NBA Combine, showing superb confidence right from the opening tip and demonstrating that his style of play translates seamlessly to this setting. He did all the things scouts were able to see in his memorable senior year, pushing the ball in the open court, operating at different speeds with his low and tight handle, and not being afraid to attack the rim and finish through contact or get to the free throw line. He made a spot-up 3-pointer, played excellent defense on Monte Morris, and perhaps most tellingly, saw his team completely collapse once he left the floor, with a plus/minus of +8 in a game his team lost by 18 points. Despite not posting guady numbers, it wasn' t difficult to see that Mason is a cut above the group of players assembled here, and its easy to project him as a super-solid backup who could probably come into a game early in his career and help hold down the fort.

The 19-year-old Arizona wing, who is still testing the waters', helped himself on day one by getting to the rim at will thanks to his 223-pound frame and showing a level of assertiveness that most players here lacked. Alkins, who shot 37% from three as a freshmen, also knocked down two spot threes and showed he's a capable pick and roll ball handler given his solid vision. The Brooklyn native also competed defensively, an area where he greatly improved during his time under Sean Miller at Arizona. Alkins still has work to do to solidify his draft stock, but his day one performance will undoubtedly help his cause.

Jordan Bell posted perhaps the most impressive stat-line of the entire day, doing a little bit of everything for his team, and like Frank Mason, seeing them completely collapse (+3 when in, -21 when out) once he went to the bench. He did all the usual things scouts have come to expect from him, flying around on both ends of the floor, protecting the rim both on the ball and rotating from the weakside, playing lockdown defense on PFs and Cs alike, closing out aggressively on the perimeter, and holding his ground in the post. He mixed that in with some nice flashes on offense, particularly with his passing on the move, and even finding some success with the ball in his hands on short isos and post-ups en-route to an efficient 13 points. It was beneficial for Bell to play such a solid game in front of quite a few NBA head coaches that likely had never seen him before, as his high-effort, but still very consistent and solid style has to be very attractive to teams looking to solidify their rotations picking in the late first or early second round portion of the draft.

Tyler Dorsey did a nice job of acquanting himself to the NBA coaches in attendance who likely didn't have much of a chance to get to know him during the season, scoring an efficient 15 points with 6 assists and 0 turnovers in a win over Team 3. He demonstrated some ability to get to the basket with change of speeds and straight line drives in both directions, as well as the craftiness to finish with floaters and step-backs. Dorsey is a scorer through and through, but he didn't really force the issue and let the game come to him, which is important considering what his role will be at the next level. His shot-making ability (42% for 3 this season) both with his feet set and off the dribble is something that is at a huge premium in today's NBA, and the fact that he measured a little better than he had in the past (6'5 1/4 wingspan) and did not get taken advantage of defensively certainly helps his cause.

Jackson, who has yet to decide whether he'll sign with an agent, was able to get to the rim at will by way of his powerful explosiveness and strength (202 pounds) while sitting down in a stance and competing on the defensive end. Playing mostly on the ball, Jackson is an aggressive score-first combo guard who should be able to fill it up at all three levels with NBA spacing (even though he missed both of his triples on Thursday). Jackson's decision making, point guard skills and ability to shift gears could still use some polish, but he helped himself on Thursday and has the talent to potentially be on the fringe of the first round if he decides to stay in the draft.
Read Next...